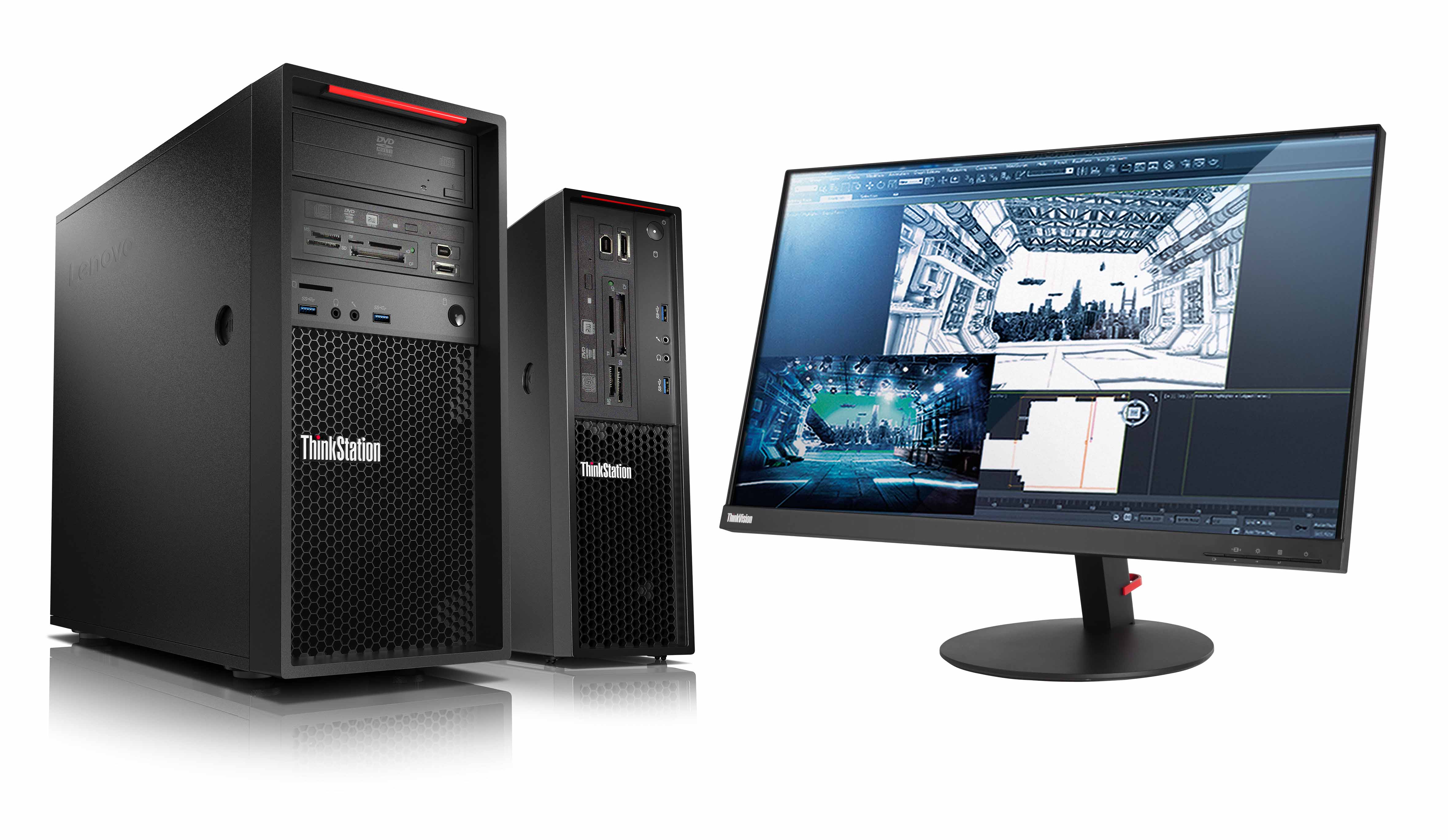 This year at Develop3D Live in the UK, Lenovo updated one of their latest ThinkStations which they’re gearing towards power users who want a machine with enough speed and reliability on a budget. It’s called the ThinkStation P320 and offers high-end internals alongside Pro VR certification, meaning you can hook a VR rig up to this guy for an immersive experience. It also means you won’t have to go out and spend even more money on extra equipment to make this possible.

The P320 will become available both in a full-sized tower for under your desk or a small form factor that’ll fit on top. As for specs, you’ll have the option of either one of Intel’s 7th-generation Core i processors (Core i3, i5, or i7) or an Intel Xeon E3-1200 v6 processor which will give you much more speed. Up to 64GB of RAM can be installed in this guy (user upgradable, 4 RAM slots available), while up to a whopping 16TB of storage can also be loaded. For ports, there’s a total of eight USB-A slots, four microphone/headphone jacks, an Ethernet jack, two SD card readers (optional), a Firewire port, two DisplayPorts, and a VGA-out jack. You’re also getting the option of either Windows 10 or 7 in case you prefer either with a number of software utilities coming pre-installed as well.

Touching more on the P320’s VR aspect, Lenovo says the desktop computer has already gone to work for Virtalis who are able to run their VR4CAD software on it. Mind you, this is an entry-level VR solution, but it’s VR nonetheless and should get the technology in front of a lot more consumer’s faces.

A statement from Steve Carpenter, sales director at Virtalis, describes the company’s excitement about the P320.

“The ThinkStation P320’s ProVR certification, along with its performance credentials, makes it a perfect match for the Virtalis VR4CAD software. It delivers a superb balance of 3D CAD and VR performance without breaking the bank,” said Steve Carpenter, Sales Director at Virtalis. “It’s also perfect for small- to medium-sized companies looking to enhance their engineering workflow by taking their first steps onto the VR ladder.”

To power VR on the P320, Lenovo will include Nvidia’s Quadro graphics card. Dual NVIDIA Quadro P1000 GPUs in the small form factor will be supported, while the tower will get a Quadro P4000 GPU. These graphics should get the job done for most people.

Lenovo says they’ll release the P320 come April. We don’t yet know the price, but it should be relatively low since the company is banking this new desktop as a low-price option.