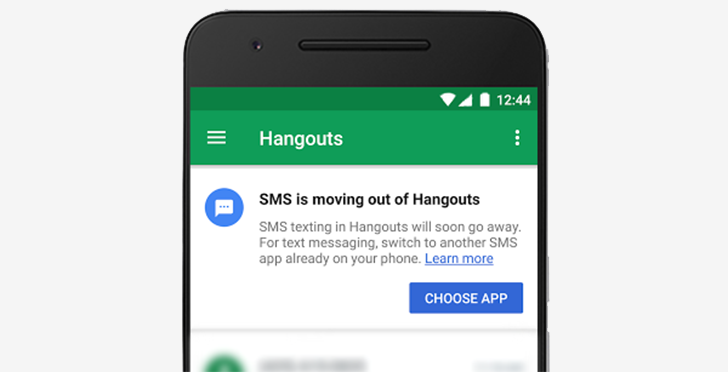 Google is Getting Rid of SMS Integration in Hangouts for Android

One of Google Hangouts’ last good features remaining is SMS integration. Even though you can’t merge your conversations anymore, having access to both my Hangouts and SMS threads in one interface makes using the app really convenient. Now, it looks like Google is killing this feature as it pushes enterprises to adopt the platform.

The news comes via an email sent to G Suite administrators (via Android Police) which says that Google will be removing SMS integration from Hangouts for Android on May 22nd. Users of the app will begin experiencing notices asking them to switch SMS apps starting March 27th. More details are below.

Last year, we announced several improvements to the most popular features of Google Hangouts, such as the new video meetings experience and better group chat messaging. As part of that ongoing effort, we will be removing carrier SMS text messaging from Hangouts on Android after May 22, 2017.

Luckily, those with Google Voice numbers won’t be affected. But since there’s a brand-new Voice app to use, you may simply wanna switch anyway. There’s no word on whether Project Fi customers will still be able to use Hangouts for communication, but since Voice will remain supported, it’s likely this will too.

With one of Google’s most popular apps dropping such an important feature, it’ll be interesting to see which app users transition to. There’s plenty of options: Android Messages, Facebook Messenger, Textra, Chomp – heck, you could even use a carrier’s texting app (but seriously, don’t). Hey, maybe this is just a stepping stone leading to SMS support in Allo? Who knows? All I know is current Hangouts users are probably upset right now.