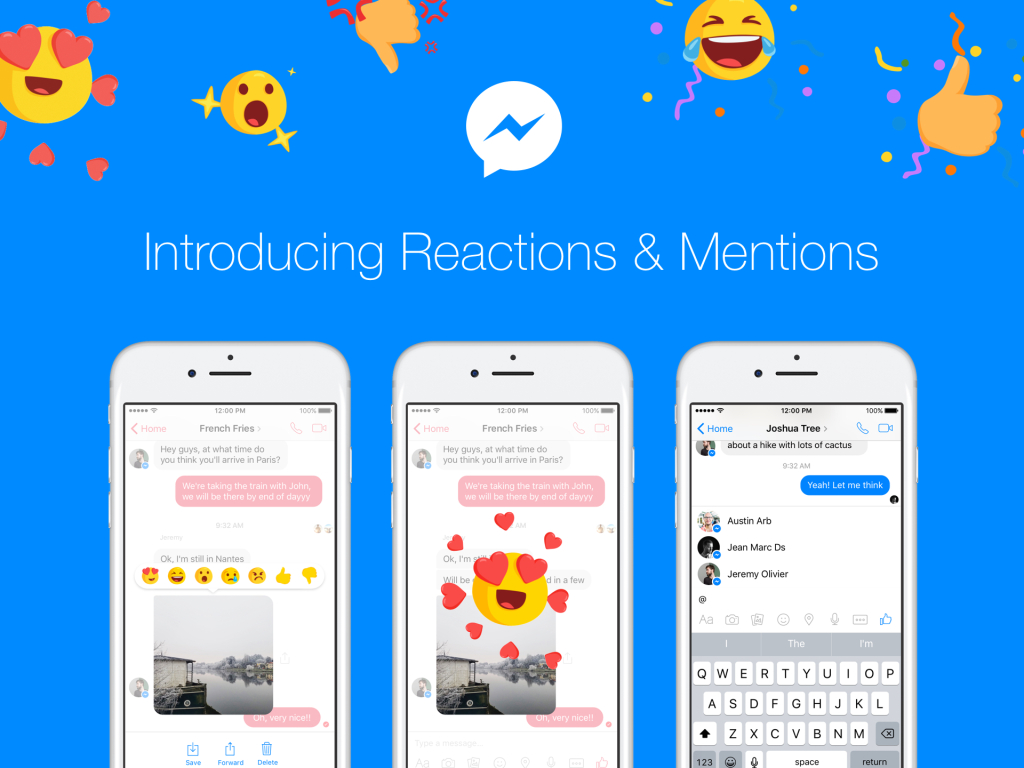 Facebook has announced a new update for Messenger which brings two new features to the table. Both are now rolling out to iOS and Android devices alongside web users.

The first of the two happens to be reactions. Much like you can do with Facebook posts, you can now react to Messenger messages by using a variety of emoji (this also works with other emoji if you’re into that). Mind you, not all emoji are supported, but ones with facial expressions are all there.

Secondly, you can now mention someone in a message thread by typing “@” (minus the quotes). A list of your Messenger contacts will appear which you can scroll through to get to the one you want. The mention-ee will receive a notification on his/her device when you mention them letting them know they’ve been included in the conversation. This is good to get the attention of friends who won’t respond to your group chat or to get help from a colleague at the spur of a moment.

While these aren’t the most useful of features, they will help give a feel for a conversation rather reading text back and forth emotionless. Some may dislike what’s been announced today, but hey, at least it’s not another Snapchat rip-off.