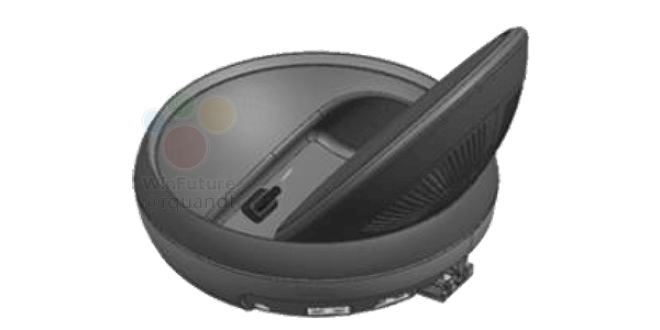 Is This Samsung’s DeX Dock for the Galaxy S8?

Samsung’s Galaxy S8 has leaked time and time again, so we basically know everything the company will announce come March 29th. However, when it comes to the rumored DeX dock which is said to present users with a Continuum-like experience by using a monitor and their phone, it’s been pretty silent. That being said, a new set of leaked photos and details regarding DeX have surfaced via WinFuture, and we learn much more about the accessory than we did previously. 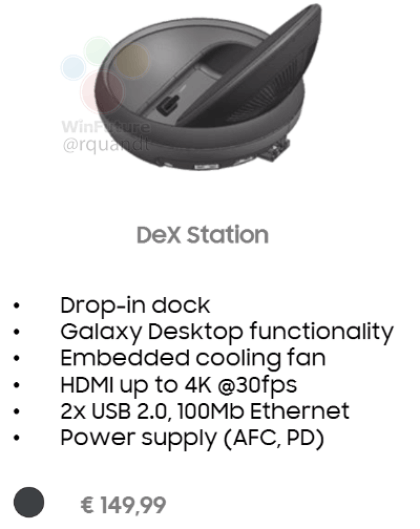 In the report, WinFuture states DeX will feature a USB-C jack for connecting to the S8 itself. An HDMI output will be used for connecting to a monitor; two USB 2.0 ports will be present for connecting peripherals; an Ethernet jack will arrive for hard-wired internet access; a USB-C port will sit around back for power; and a fan will come built-in for cooling your phone in case things get a bit too hot. Touching a bit more on output, the leaks say DeX will be capable of outputting 4K visuals at 30fps which is really good for a smartphone. This will all come in a body that is collapsible for easier transportation.

As for the interface, Samsung will use something called “Samsung Galaxy Desktop” to provide a desktop-like UI for users to interact with while their phone is docked. We don’t gain much more info into how this will stand functionally, but we do know the price of DeX: €149.

As always, take what’s shared here with a grain of salt because nothing is confirmed yet. If more information surfaces, we’ll let you know.