Google today unexpectedly dropped the first developer beta of Android O for testing and debugging. It comes a day after the second beta of Android 7.1.2 Nougat was released. In the new build, the company is introducing a number of under-the-hood improvements and changes to benefit developers, while a few key user-facing alterations are also present.

Here’s what’s new in the first beta of Android O.

We’ve seen Picture-in-Picture before on other operating systems like iOS, Windows, and even Android TV, but we’ve never seen a native version from within standard Android. This is changing in Android O as the feature can be used on any device running the OS (yes, including phones). One tap of a button from within the video’s player will cause whatever your playing to float on top of your screen. Developers will be able to control what dimensions and playback tools (play/pause/fast-forward, etc) are present in their floating windows, while you’ll be able to use your phone as you normally would while the video plays on top.

As for the new windowing features of Android O, developers can use a new overlay window in their apps rather the standard system alert window, while multiple-display support comes built-in for launching an activity on a remote display.

Notifications on Android have always been pretty horrible, but with Android O, Google hopes to improve everyone’s experience. A new initiative to reach this goal is something called Notification channels, “new app-defined categories for notification content.” Basically, instead of blocking or muting all notifications from a single app, you can block or mute different elements of said app such as a constant reminder that you have enough coins to continue your game or someone just retweeted your retweet. I’m not sure how much this’ll help Android’s notification struggle, but hey, it’s something.

With Android O, Google is introducing adaptive icons which will allow developers to change the icon of their app based on a user’s current device theme. For instance, if you’re using Samsung’s default TouchWiz theme on a Galaxy phone, Twitter (for example) will automatically adjust to fit the icon pack. It’s an aspect that’ll better suit those who like to customize their devices. Google goes on to say “the system also animates interactions with the icons, and them in the launcher, shortcuts, Settings, sharing dialogs, and in the overview screen.”

One key aspect of Android O Google is aiming to deliver is better battery life from your device. The company is aggressively seeking new initiatives to take in O to deliver improved performance from whatever cell you may have inside your phone or tablet, and they hope to make an impact with something called Background Limits. David Burke, Android VP of engineering, explains below.

Building on the work we began in Nougat, Android O puts a big priority on improving a user’s battery life and the device’s interactive performance. To make this possible, we’ve put additional automatic limits on what apps can do in the background, in three main areas: implicit broadcasts, background services, and location updates. These changes will make it easier to create apps that have minimal impact on a user’s device and battery. Background limits represent a significant change in Android, so we want every developer to get familiar with them. Check out the documentation on background execution limits and background location limits for details.

It’s hard to say how much of an impact this change will make to one’s battery life, but it sounds like it may be pretty useful. Normally, battery life varies to a relatively large extent with beta builds of operating systems, so don’t expect to see major changes in your battery’s runtime if you flash the first build of O to your device.

To developers, with love. – Google

Google is basically giving developers a giant Christmas gift with Android O as a number of different APIs, tools, and more are compatible with the upgraded OS. Notably, a proper Autofill API is present so users can stop having to constantly type the same thing in. Something that both developers and the public will benefit from is “high-quality Bluetooth audio codecs” which are aimed to improve sound quality through Bluetooth headphones. This works in conjunction to Sony’s LDAC they built for Android.

Autofill APIs: Android users already depend on a range of password managers to autofill login details and repetitive information, which makes setting up new apps or placing transactions easier. Now we are making this work more easily across the ecosystem by adding platform support for autofill. Users can select an autofill app, similar to the way they select a keyboard app. The autofill app stores and secures user data, such as addresses, user names, and even passwords. For apps that want to handle autofill, we’re adding new APIs to implement an Autofill service.

Font resources in XML: Fonts are now a fully supported resource type in Android O. Apps can now use fonts in XML layouts as well as define font families in XML — declaring the font style and weight along with the font files.

Wide-gamut color for apps: Android developers of imaging apps can now take advantage of new devices that have a wide-gamut color capable display. To display wide gamut images, apps will need to enable a flag in their manifest (per activity) and load bitmaps with an embedded wide color profile (AdobeRGB, Pro Photo RGB, DCI-P3, etc.).

Connectivity: For the ultimate in audio fidelity, Android O now also supports high-quality Bluetooth audio codecs such as the LDAC codec. We’re also adding new Wi-Fi features as well, like Wi-Fi Aware, previously known as Neighbor Awareness Networking (NAN). On devices with the appropriate hardware, apps and nearby devices can discover and communicate over Wi-Fi without an Internet access point. We’re working with our hardware partners to bring Wi-Fi Aware technology to devices as soon as possible.

The Telecom framework is extending ConnectionService APIs to enable third party calling apps integrate with System UI and operate seamlessly with other audio apps. For instance, apps can have their calls displayed and controlled in different kinds of UIs such as car head units.

Keyboard navigation: With the advent of Google Play apps on Chrome OS and other large form factors, we’re seeing a resurgence of keyboard navigation use within these apps. In Android O we focused on building a more reliable, predictable model for “arrow” and “tab” navigation that aids both developers and end users.

AAudio API for Pro Audio: AAudio is a new native API that’s designed specifically for apps that require high-performance, low-latency audio. Apps using AAudio read and write data via streams. In the Developer Preview we’re releasing an early version of this new API to get your feedback.

WebView enhancements: In Android Nougat we introduced an optional multiprocess mode for WebView that moved the handling of web content into an isolated process. In Android O, we’re enabling multiprocess mode by default and adding an API to let your app handle errors and crashes, for enhanced security and improved app stability. As a further security measure, you can now opt in your app’s WebView objects to verify URLs through Google Safe Browsing.

Java 8 Language APIs and runtime optimizations: Android now supports several new Java Language APIs, including the new java.time API. In addition, the Android Runtime is faster than ever before, with improvements of up to 2x on some application benchmarks.

Partner platform contributions: Hardware manufacturers and silicon partners have accelerated fixes and enhancements to the Android platform in the O release. For example, Sony has contributed more than 30 feature enhancements including the LDAC codec and 250 bug fixes to Android O.

If you wanna get Android O on your own device, you’ll have to flash a system image, therefore erasing all of your data. If you’re willing to do so, click here. There are images available for the Google Pixel, Pixel XL, Nexus 6P, 5X, Pixel C, and Nexus Player.

Oh yeah, and if you want the default Android O wallpaper for your device, scroll down. You’re welcome. 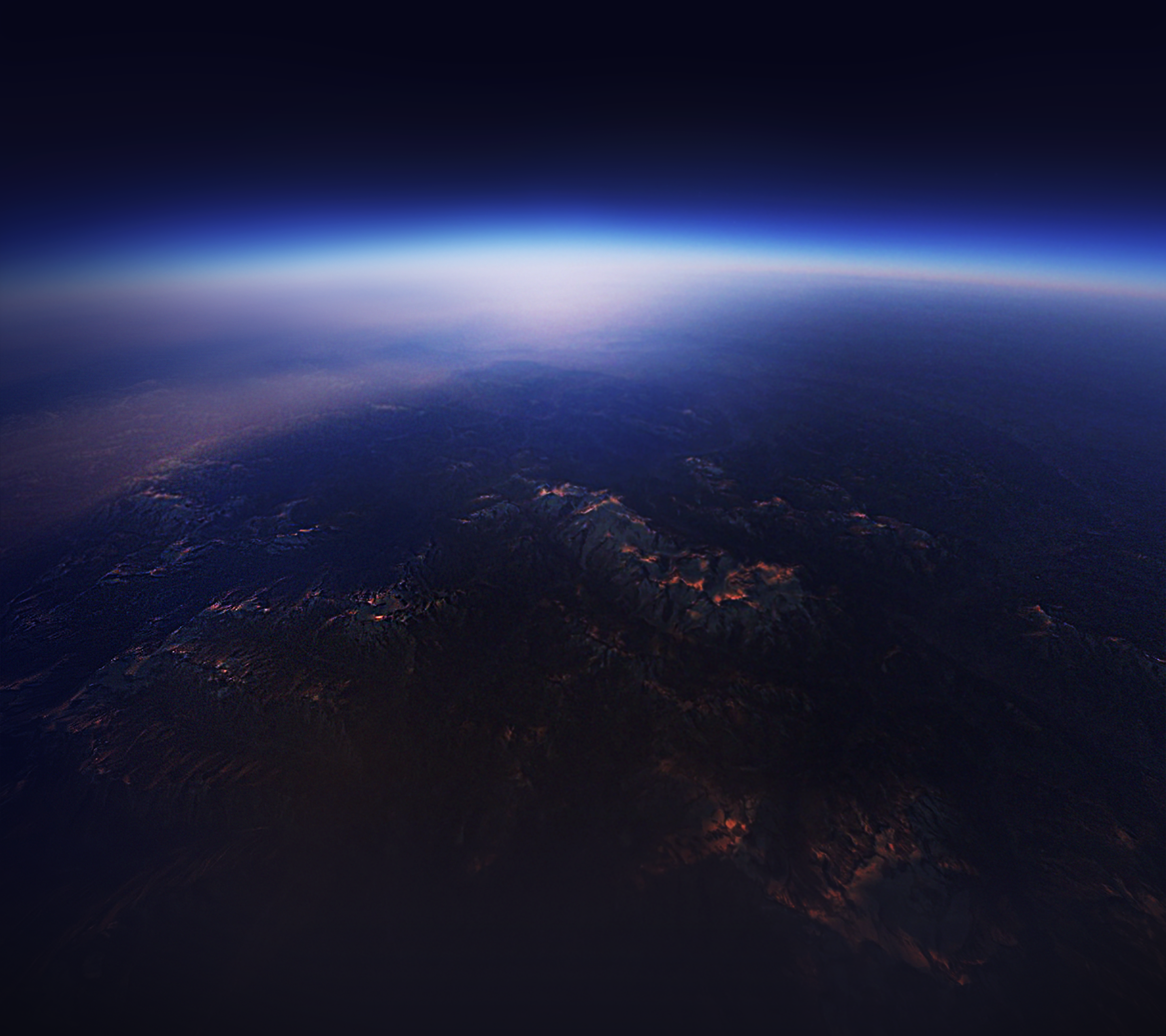