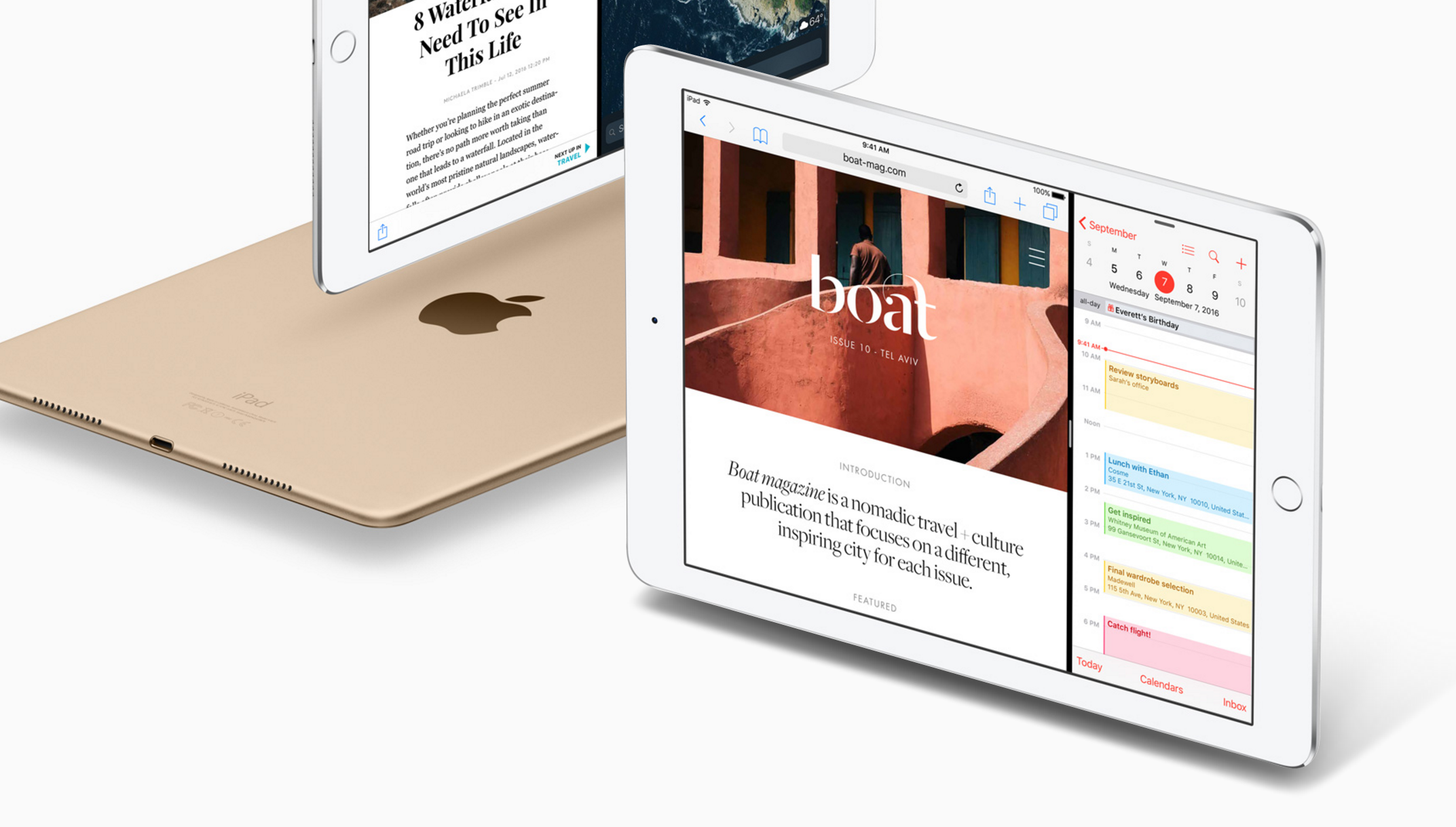 Apple’s Next-Gen 9.7-inch iPad Pro Will Reportedly Include an A10X Processor, Be Unveiled Next Week

The rumor mill is spinning out of control lately regarding the next-gen lineup of Apple’s iPad Pros. According to a new report out of Macotakara, the Cupertino-based company will be giving the current 9.7-inch Pro a mandatory upgrade with a new processor and better graphics performance while keeping the same body from the current-gen. Specifically, an A10X chipset is expected to make its way to the tablet which would make sense as Apple usually uses X-marked chips for their iPads. But while this wouldn’t come as a shock to anyone, it’s announcement may.

According to the Japanese blog, the new 9.7-inch iPad Pro will be announced next week, likely on March 20th (in other words, next Monday). Apple currently doesn’t have a scheduled event for that date, so a press release will likely be issued to deliver the news. This is a bit unfortunate that we won’t be seeing this new iPad on stage, but Apple may be saving their next keynote for the highly rumored 10.5-inch iPad which will include a near bezel-less display, a digital home button, and the same dimensions to the current 9.7-inch model. Who knows?

Since the new 9.7-inch iPad Pro will feature the same body and build as the current generation, it’s likely the same accessories currently available will work with the new hardware. Hopefully this is the truth, as the Apple Pencil costs $99 by itself while the keyboard sells for $169. It would stink if you had to buy new equipment.

As we approach next week, stay tuned to MBEDDED for more on what to expect from Apple regarding the new iPads.