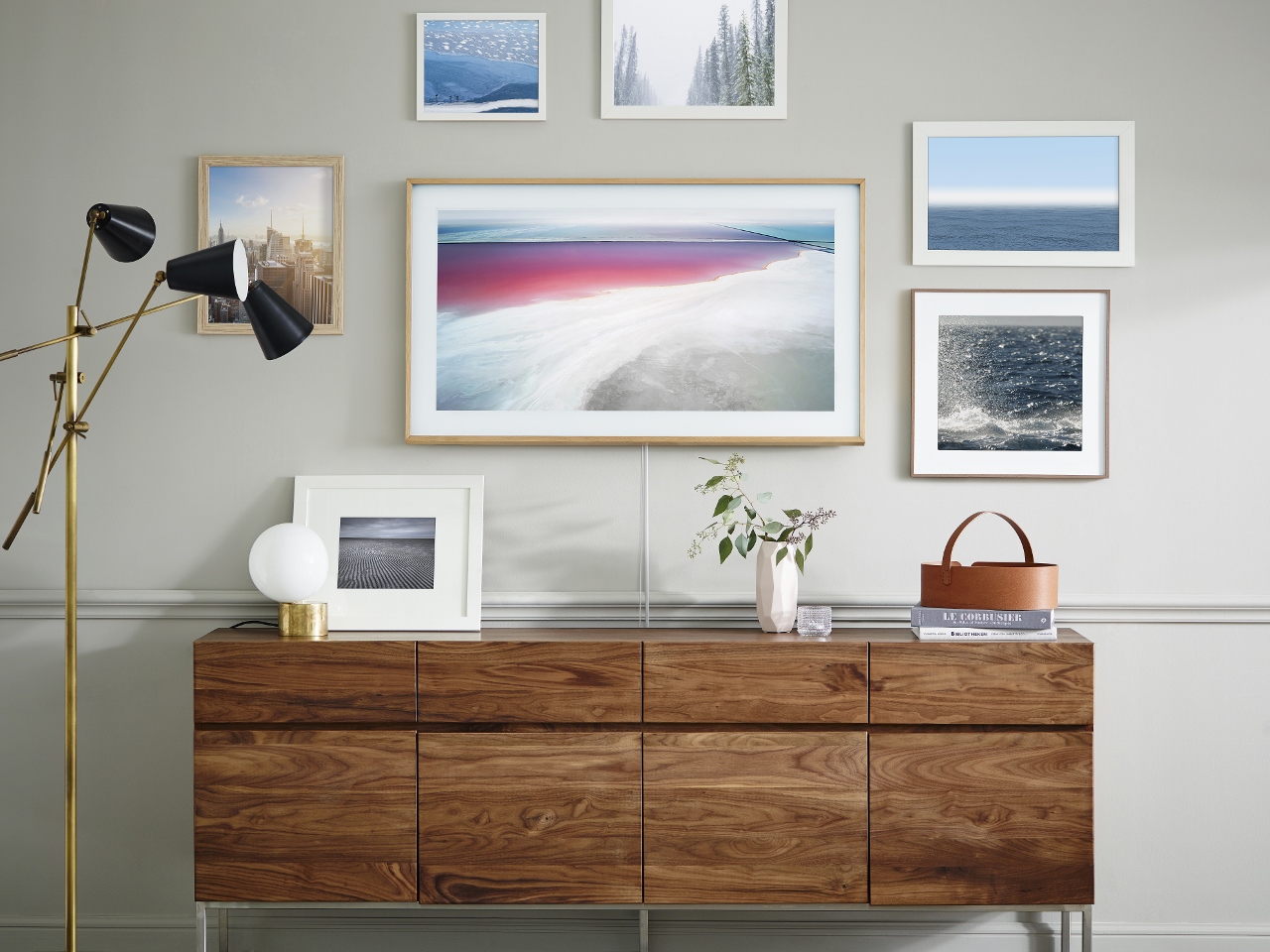 Samsung has announced that as of this Spring, something called the Frame will become available for purchase. What is the Frame, you ask? It’s a specially designed television that resembles the appearance of a typical picture frame which helps to blend easier on your walls. The set was teased at CES 2017, but the company was only showing it off as a proof of concept then. Now that they’ll begin manufacturing it for resale, let’s hope it’s finished and doesn’t come off as a product still in development.

As for specs, Samsung isn’t sharing any information on the Frame other than to say it features the company’s new Invisible Connection and No Gap Wall-mount, “allowing users to hang it virtually anywhere because it can blend seamlessly into any living space without unsightly cables or wires.” It’ll also allow buyers to swap out the bezels for a more customized appearance. In addition, an Art Mode will prevent the TV’s screen from fading to black and instead display over 100 pieces of art in a slideshow to better appear as a proper picture frame.

As always, when more information surfaces, we’ll let you know here on MBEDDED.