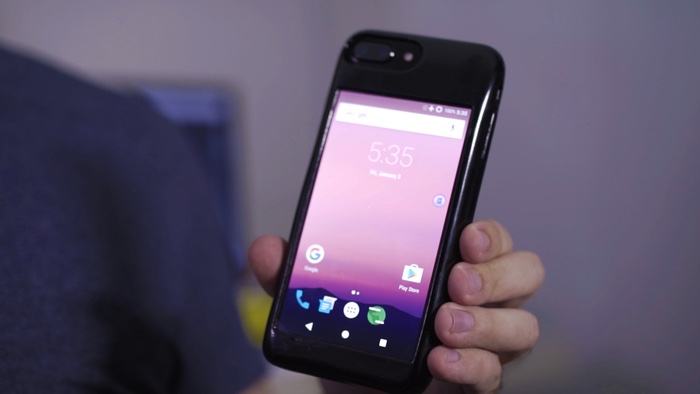 The world is no stranger to seeing Android run on an iPhone, so this news shouldn’t shock anybody. It comes out of a new Kickstarter project called Eye which will let you run the Google-owned operating system on Apple’s handset via a simple case you attach to your phone.

To be more specific, you’re not actually running Android on iPhone hardware. Instead, your phone is powering a makeshift Android device which is mounted to the back of the case. And when I say Android device, I literally mean just that. It has it’s own 5-inch FHD AMOLED display, 2800mAh battery with wireless charging, NFC, Wi-Fi, and Bluetooth chipsets, dual-SIM/microSD card slots for expandable storage, and even a 3.5mm headphone jack. It’ll even use the rear-facing camera for selfies. The best part? It runs stock Android 7.1 Nougat, the latest version of the OS. 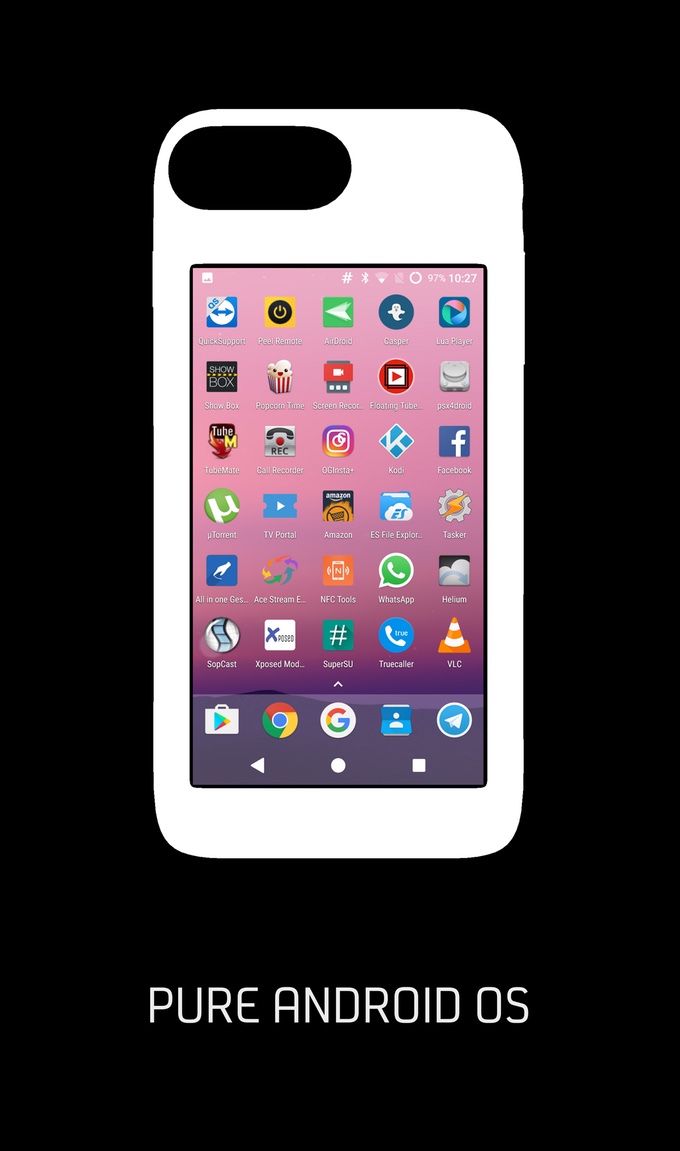 Obviously, not many people are gonna want a dedicated Android phone strapped to their iPhone over simply running the OS on their current hardware. But this may be handy for some (like myself) who tend to work off of both Android and iOS throughout the day. Sure, the case looks pretty chunky and not all that pocketable, but it may be worth it. 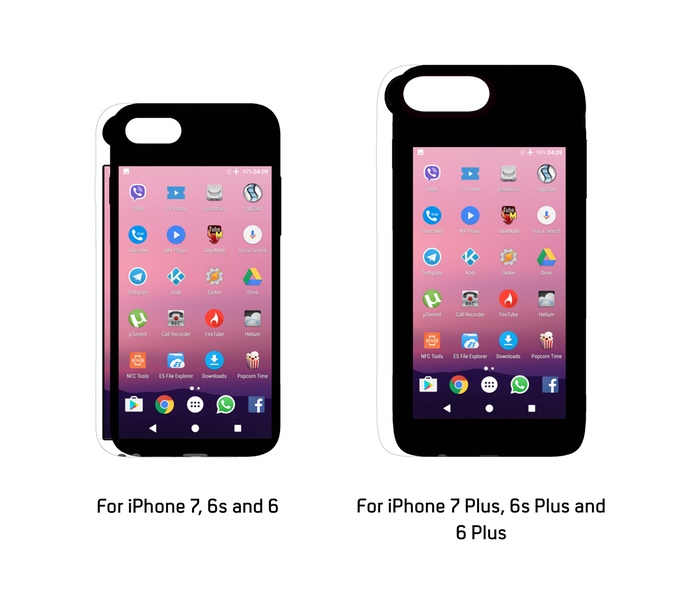 The Eye is currently available for $95 as an early bird special over on Kickstarter, with 4G connectivity driving that price up to $129. Each price indicates the Android device’s internals probably aren’t all that great, but as we haven’t seen any spec sheets yet, it’s hard to tell how well this makeshift phone will run. Esti Inc, the company behind Eye, hope to begin shipping to backers come August or September.