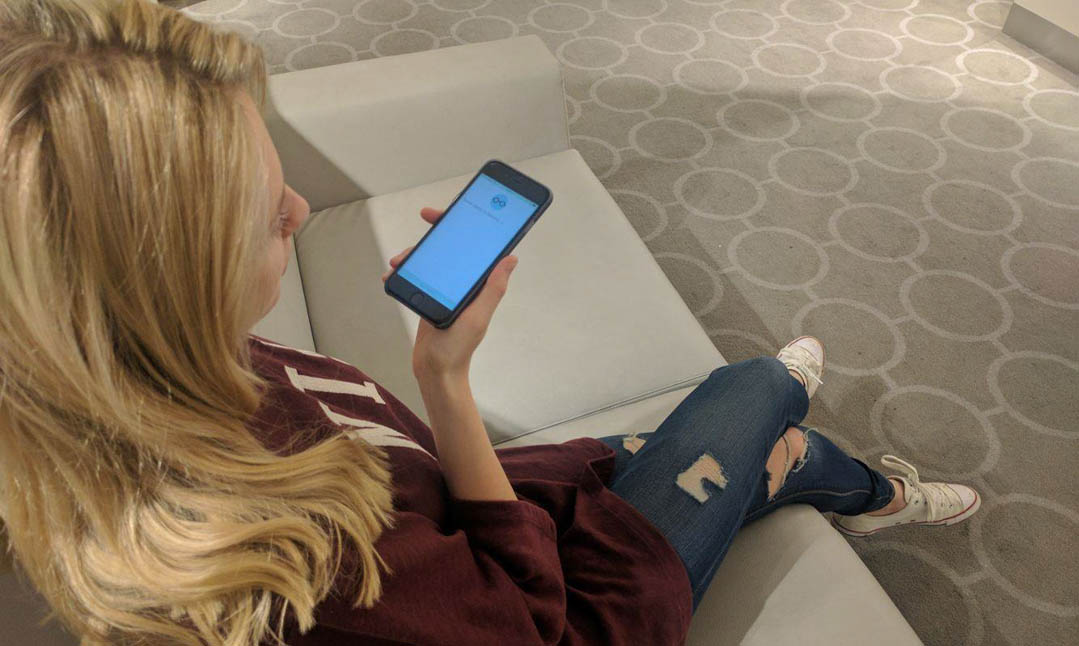 But an app developed in South Australia is helping users streamline the process by adopting a Siri-like Artificial Intelligence (AI) platform.

Finn keeps a record of expenses, which can be added at the time of purchase through voice command

The app was created by Benjamin Lim u using the same free speech programming as Apple’s personal AI, Siri.

Users talk directly to the app, which then monitors how much money was spent and what it was spent on in a text-message conversation format.

Finn also includes its own ledger and a monthly summary of expenses, highlighting what the majority of the user’s budget was spent on.

The program reduces the time it normally takes to do personal budgeting from minutes to seconds.

Lim said he built the app to minimize the time and effort required to manage personal budgets.

He said it was created for the average consumer who had trouble keeping up to date with their expenses and needed a simpler and more efficient way of recording data.

“Everyone is lazy. Who wants to sit around using a finance app or just doing it on paper?” Lim said.

“Instead of having to sit down everyday and spend three to five minutes recounting what you spent and then typing it in or writing it down, why not press one button, talk to your phone and have the app look at it all for you.

“It’s a conversational platform that I hope is more natural to people, where they spend 10 seconds opening the app, pressing the mic button and then telling it what they spent money on.”

Finn is able to separate each data entry into separate categories such as bills, entertainment, groceries and food.

It uses distinctive emojis to distinguish between groups, which are displayed in a monthly summary.

The summary page lists categories in spending order, helping them identify where they could save money.

Each category is customisable and all the data can be edited or deleted to help maintain accurate records.

Finn does not connect to personal bank accounts. However, this means Finn can take into account cash and credit card transactions while providing a greater level of details about the purchase.

The app’s AI is interactive and responds to a range of questions including “how much money did I spend on coffee last month?” and allows for delayed entries such as “I spent $45 on groceries two weeks ago”.

“Other apps you have an AI that syncs to your bank account and it looks at the expenditure and puts some of it into a saving account, which is all very automated, but it makes its money off the interest,” he said.

Lim said he wanted the app to remain free and without advertisements to make sure users had a positive experience when performing the “tedious” task of financing.

“When you’re an adult you have to be financially responsible and that can be hard … we’re lazy,” Lim said.

“Artificial intelligence is evolving and will change the way people interact with everything – their finances.

“There is still a lot in this space to improve on but being able to interact with something naturally is something that’s very interesting because it reduces the cognitive load on the user.”

Finn is set to launch on Apple’s App store early next month.