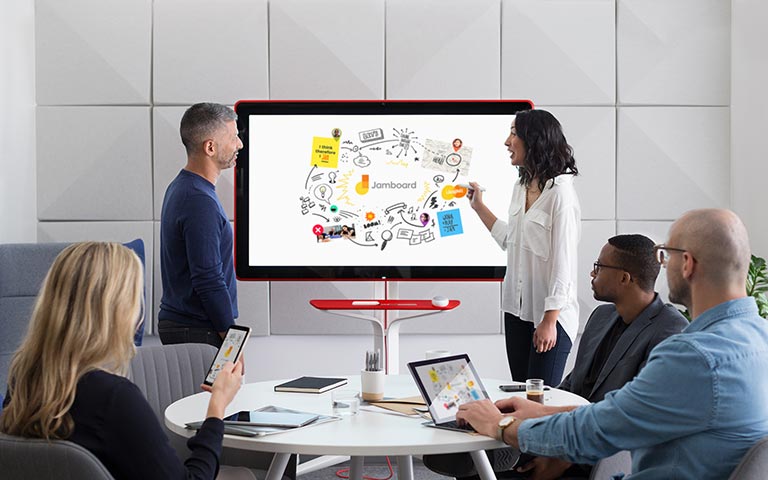 During their Cloud 2017 conference today, Google took some time to discuss Jamboard, the company’s answer to Microsoft’s Surface Hub which was announced last year. At the time, we didn’t have many details whatsoever other than it would sport a 55-inch 4K display and a price tag of under $6,000, but now the search giant has confirmed that $4,999 is the set price for the giant tablet on wheels.

Mind you, while this seems like a lot of money, the Surface Hub goes for $8,999 and features a 55-inch 1080p display. If you want 4K, you have to opt for the 84-inch variant which sells for an eye-popping $21,999. Besides, the Jamboard offers Google’s suite of productivity services (e.g. Hangouts, Drive, Cast, Docs, etc) which some users will likely favor over Microsoft’s (e.g. Skype, OneDrive, Miracast, Word, etc). And you have pen and touch input (although the Surface Hub features 100 touch points over the Jamboard’s 16 touch points), so it’s not like you’re really missing out on anything if you decide the Jamboard is better for your company over the Surface Hub.

As per The Verge, here’s the exact specifications of the Jamboard.

Google says the device will ship sometime this May.