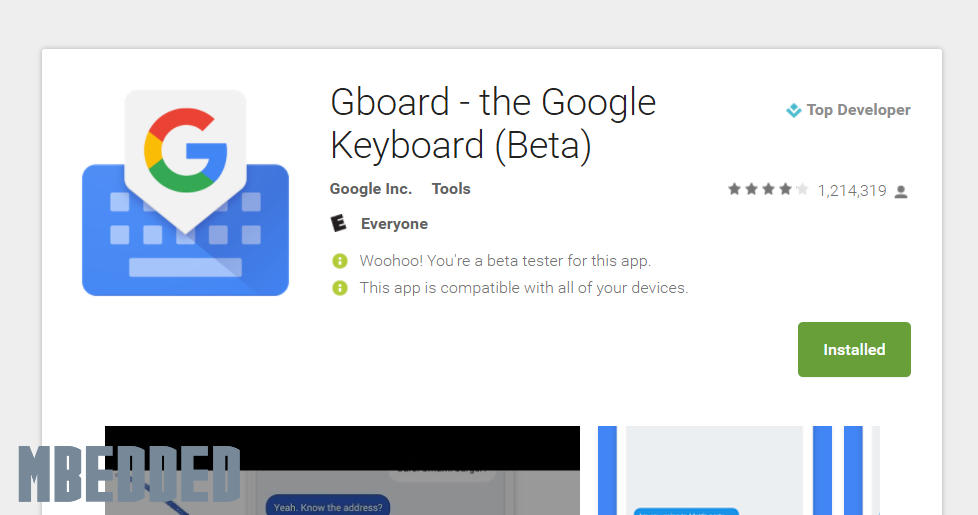 Not much has changed in Gboard for Android since it’s release last December, but it looks like the app isn’t being set aside to just rot away. As I discovered while re-installing Gboard, the popular keyboard for Android has gained a beta program which you can opt into at the bottom of the app’s Play Store listing on your phone or tablet.

After updating the app, it appears there’s no visual changes or tweaks within Gboard. There’s also no additional settings to mess around with, leading to myself believing that Google is just opening the beta program for future use and to gain a decent user database before going live with any pre-release changes. Of course, if I find something in the next 24 hours, I’ll let you know.

Update: After digging around the beta for a little while, some new features have popped up. For starters, there’s a new UI for changing the theme of your Gboard alongside ten new “Landscape” themes, while a Google Translate button is present if you hit the G button and allows you to type out words you’d like translated to another language. Some screenshots can be seen below.