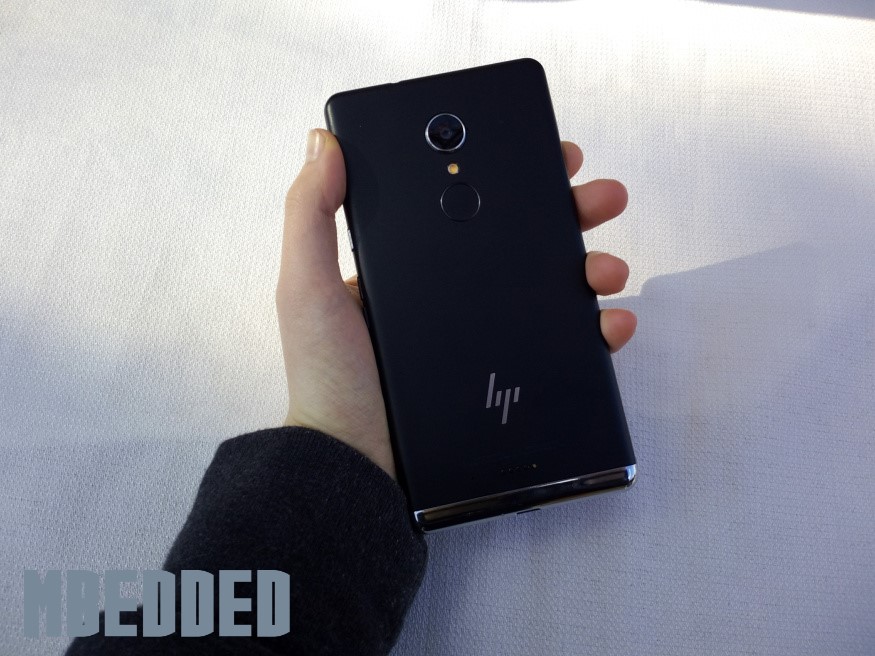 During MWC 2017, HP had a booth set up which showed off some of their products. Interestingly, all the way in the back, the company was demoing their Desk Dock with a different smartphone than what we’re used to seeing. It looks similar, but it appears that HP has a new Elite x3 in the works.

Thanks to PCWorld, we now know the Elite x3 is getting a refresh at some point likely during 2017. As you can see in the images above, there’s a much more premium, aluminum-looking frame around the handset over its nearly all-plastic approach in last year’s model, while the camera sensor on the front has moved to the left side of the earpiece over the right. The chrome speaker at the bottom is now also gone. They’re pretty subtle changes, but they do indicate that a new iteration of HP’s premium Windows 10 Mobile-powered flagship is coming. We just don’t know when.

Regarding specs, we have no idea what this phone features. All we know is it’s probably an unfinished Elite x3 2. There’s no telling when it may come out either, as reps at the booth weren’t willing to talk about what was on display. Therefore, we’ve gotta replay the whole waiting game again. Sigh.