SoundCloud today introduced a new subscription tier for their not-so-popular premium streaming service SoundCloud Go. The new plan, costing just $5 per month, introduces a mid-range option for interested customers which will grant users offline downloading of 120M+ tracks and no ads. Those who subscribe to the $10/month option, now known as SoundCloud Go+, will gain access to over 150 million, offline playback, no ads, no previews, and premium music tracks. 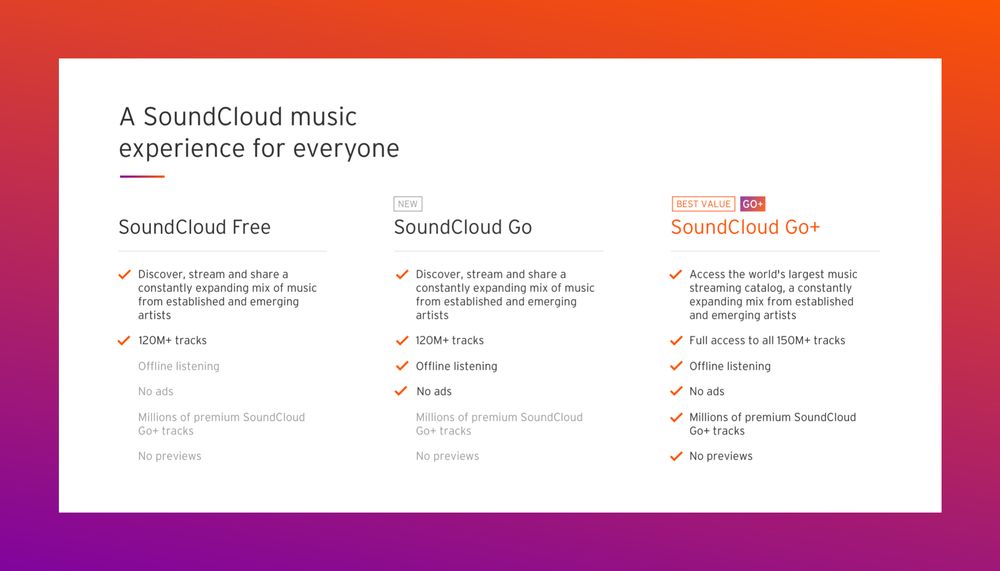 You may have never heard of SoundCloud Go, but that’s for good reason: leading competitors such as Apple Music and Spotify who attempted to acquire SoundCloud recently have been hogging nearly the entire streaming music market, making other offerings such as Tidal, Napster, and, yes, SoundCloud Go, seem obsolete. With this new subscription tier, the company may be able to attract more users what with its cheaper price point of $5/month when compared to other plans that cost $10/month, but since you’re not getting any exclusive music or videos, it may be a tough sell.

We should soon find out how this news goes over with users as SoundCloud’s new tier has now gone live.