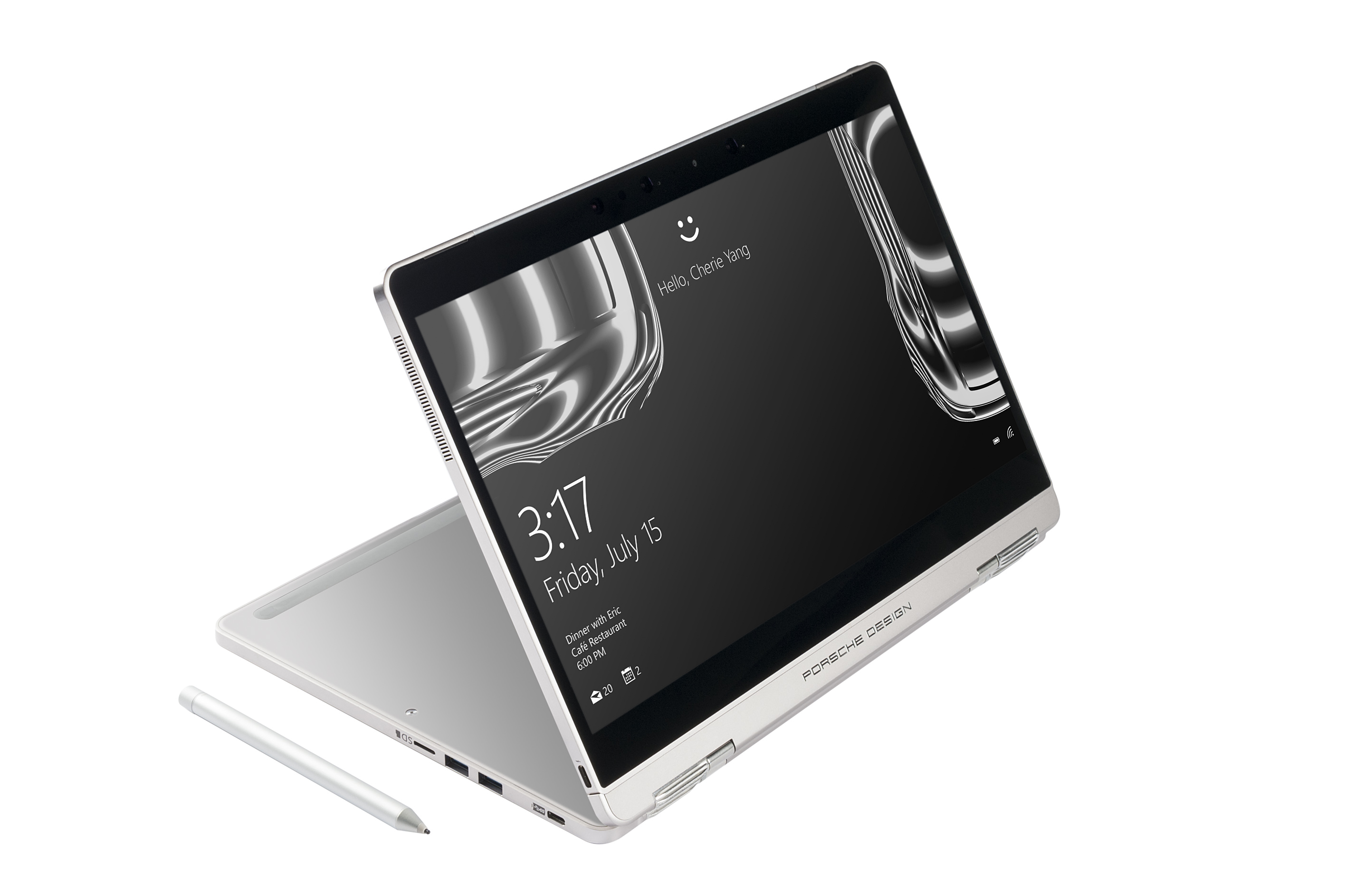 Today during MWC 2017, Porsche Design unveiled a new laptop/tablet 2-in-1 called the Book One. The company touts this device as the “world’s first convertible and detachable 2-in-1” which basically means you can flip the display around 360 degrees and take it off its keyboard case. I don’t know if it’s really the first to do this as I couldn’t find another one during my research, but if you know of another computer with these capabilities, leave a comment below.

The design of the Book One looks a lot like the Surface Book. However, rather an awkward 3:2 aspect ratio, it offers a full 16:9 alongside a higher resolution of 3200×1800. One specific detail that’s not like the Surface Book whatsoever is the hinge of the Book One as it doesn’t have a giant gap between the bottom of the screen and the edge of the keyboard. You can see a visual comparison below.

Spec wise, the Book One features an Intel Core i7 Kaby Lake processor, Intel HD Graphics 620, 16GB of RAM, 512GB of SSD storage, Windows 10 Pro, two USB-C ports alongside two USB-A ports, a 5MP camera paired with an infrared sensor for interaction with Windows Hello, Wacom stylus input for use with Windows Ink, and a 14 hour battery. The 2-in-1 will cost $2,495 in the US starting this April.