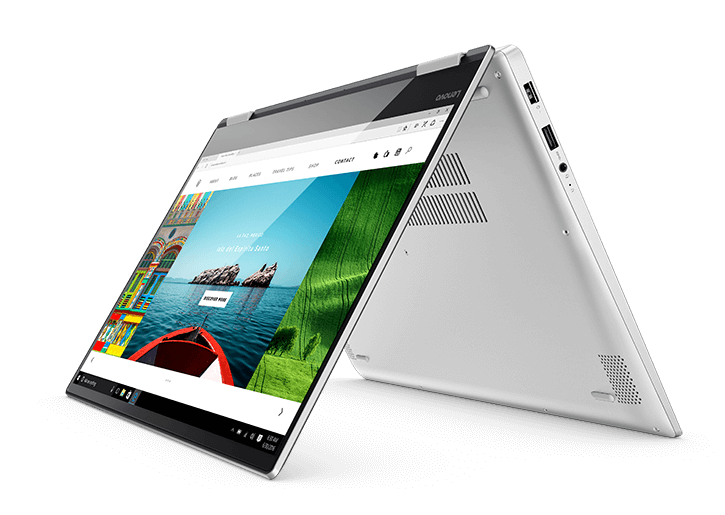 During MWC 2017, Lenovo unveiled their new Yoga 720 2-in-1 in both a 13-inch and 15-inch model. The company refreshed the laptops with fresh specs and some new additions while still keeping their low-profile build and body.

For starters, the Yoga 720 now features an optional 4K display (otherwise, it has a 1080p HD resolution). It’s worth noting that if you get the former, you’ll have 7-8 hours of battery life, while opting for the latter will get you 8-9 hours of battery life depending on the model you get. There’s now also a fingerprint reader for interacting with Windows Hello which will allow you to unlock the 720 with just your finger. It’s pretty convenient to have something like this to get in your computer, so if you’re already a fan of it on your smartphone, you’ll no doubt love it on Lenovo’s new convertible.

In addition, the 720 now comes with an Intel Core i7 processor, up to 16GB of RAM, and up to either 1TB of hard drive storage or 512GB of SSD storage. Lenovo’s active stylus ships with the computer for interacting with such software as Windows Ink, while if you choose the 15-inch variant, you can upgrade to an Nvidia GTX 1050 GPU. It’s no VR-ready 1060, but it’ll get the job done.