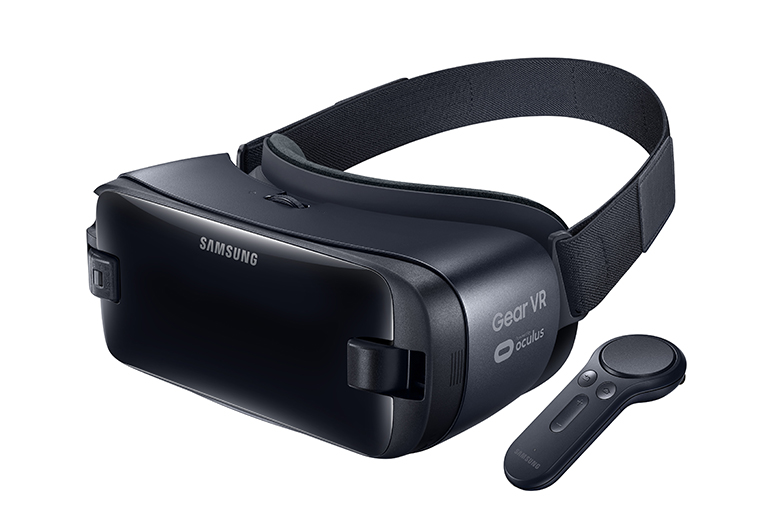 Today at MWC 2017, Samsung announced a new Gear VR headset which includes an Oculus-built controller for interacting with virtual reality content. It works similarly to how Google’s Daydream View works by implementing an array of buttons alongside a touch pad, so expect a similar experience when using this headset.

The Gear VR Controller adds a deeper level of immersion by giving you the power to interact with the virtual environment in an intuitive way. The controller’s touchpad has been tuned to make it easy to navigate to your favorite videos and perform a number of actions within a game, while the trigger lets you select, grab, take aim, and fire.

Ergonomically designed for use with a single hand, the controller also has integrated home, volume, and back buttons, so you can easily move through a variety of content without breaking immersion.

As for its specs, there’s still a 101-degree field of view and is supported by both microUSB and USB-C Samsung devices like the Galaxy S7/Edge, Note 5, and Galaxy S6 lineup. Of course, there’s now a strap on the headset to place your controller while you’re not using it.

Oculus says there’s over 70 new controller-oriented titles already in development, while most apps should already work with the controller as a vast majority are already based on a touchpad. Additionally, Samsung and Oculus will open a Gear VR Controller SDK to interested developers so further development can take place.

There’s currently no timeline as to when we can expect to see this accessory launch, while we also don’t have pricing information. We’ll, of course, let you know when we gain that insight.