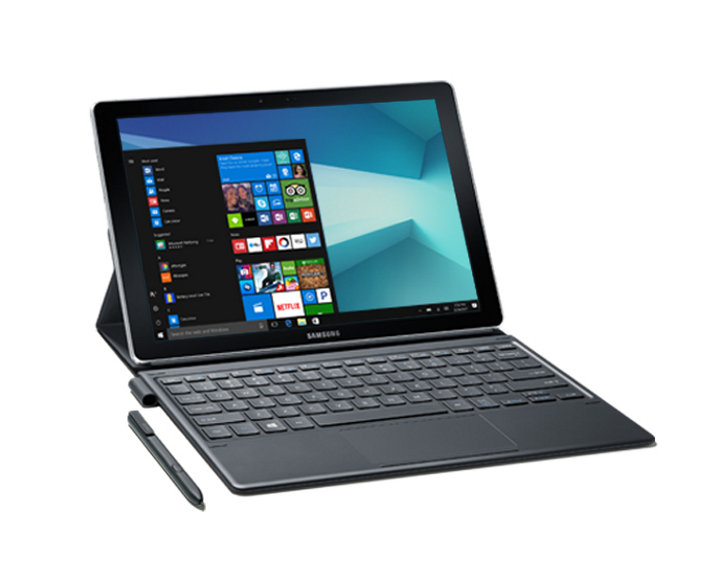 Samsung isn’t sitting MWC 2017 out, that’s for certain. The company today took time to unveil the Galaxy Book, a Windows 10-powered tablet/laptop convertible that aims to compete with Microsoft’s Surface lineup of 2-in-1s.

In addition, Samsung’s new Galaxy Book supports the company’s new S Pen which can detect up to 4096 points of pressure at once. The Pen features a rubber 0.7mm tip and never needs to be charged, according to the company. Additional features such as Screen Off Memo and PDF Annotation arrive on the software side of things to offer further functionality from the given hardware.

Last year’s Galaxy TabPro 3 included a keyboard cover as well, which Samsung says they borrowed for the Galaxy Book. However, in this case, the company decided to increase the key travel for a better typing experience, include a backlight, and enlarge the trackpad by 50%. Therefore, the Galaxy Book should be more enjoyable to interact with for these reasons.

Pricing isn’t yet known for either Galaxy Book nor is their release date, but we’ll obviously let you know when that information arrives.