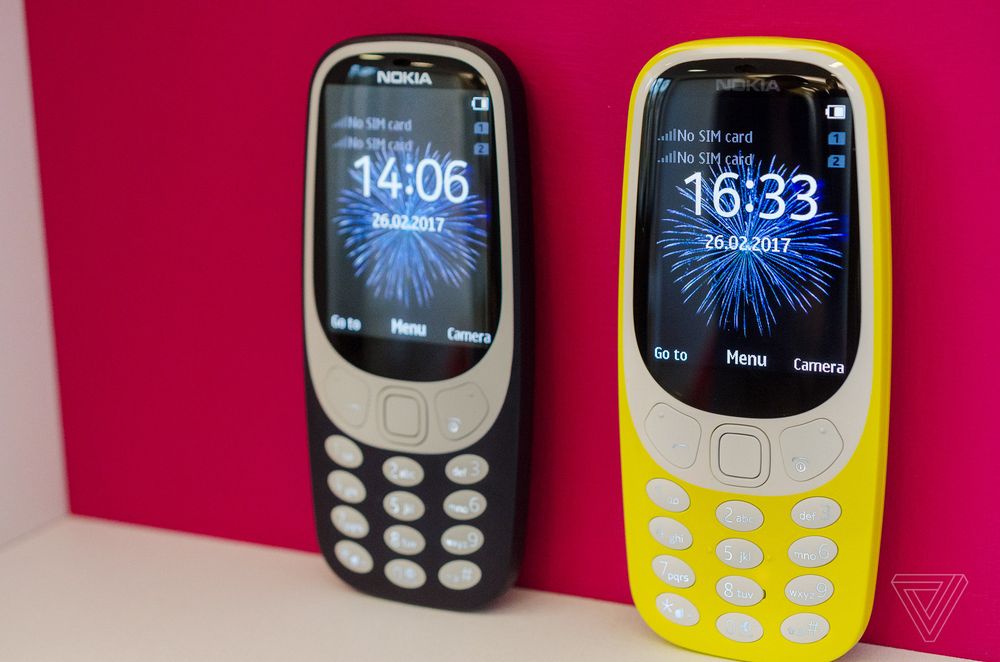 Nokia’s 3310 is Back, and It’s More Colorful Than Ever

Nokia’s 3310 was known back then as a phone that could last you days on end, sometimes even weeks. It was the smartphone before the iPhone. It was one of the most popular alternatives to a BlackBerry. And now, it’s back and better than ever as HMD has resurrected the Snake-filled handset.

The 3310’s design has been tweaked slightly for 2017 with a slimmer build, slightly smaller footprint, and a lot more colors. Various models will be offered such as the yellow one pictured above, while blue and gray/black and gray will likely be a popular choice amongst average consumers.

In terms of specs, the 3310 sports a 2.4-inch QVGA display (yup, they’re really going retro here) alongside a 2MP camera and microSD card slot. Opera Mini comes pre-loaded for basic web browsing (no third-party apps, people. Get over it), while a modernized version of Snake comes installed as well to really bring you back to the days before Angry Birds and Crossy Road.

Regarding the battery, you probably already knew the revised 3310 would last forever, and you’d be right. Nokia advertises up to 25 days of standby and 22 hours of talk time on a single charge. Therefore, if you just need a basic or burner phone that you don’t need to worry about charging, just get this thing. Your money will probbaly be well spent.

Speaking of money, Nokia and HMD will launch the newly revised 3310 come the second quarter of 2017 for as little as 49 euros (~$52) internationally. But now the question arises: will you buy one or just admire its pictures?