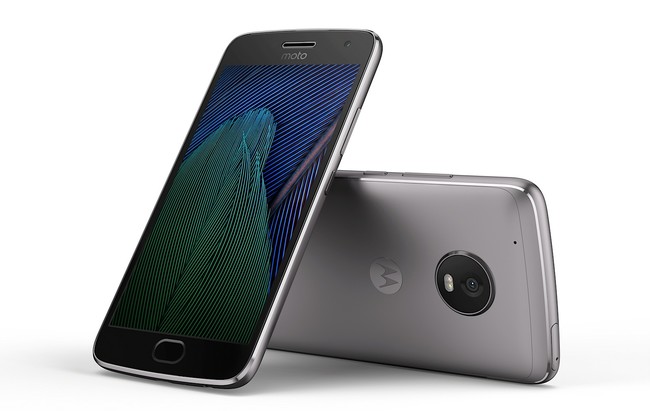 Today during MWC 2017, Moto unveiled the new G5 and G5 Plus, the successors to last year’s G4 and G4 Plus. These handsets feature new designs and upgraded specs but with similar, low-cost price tags the company’s G-series is known for. 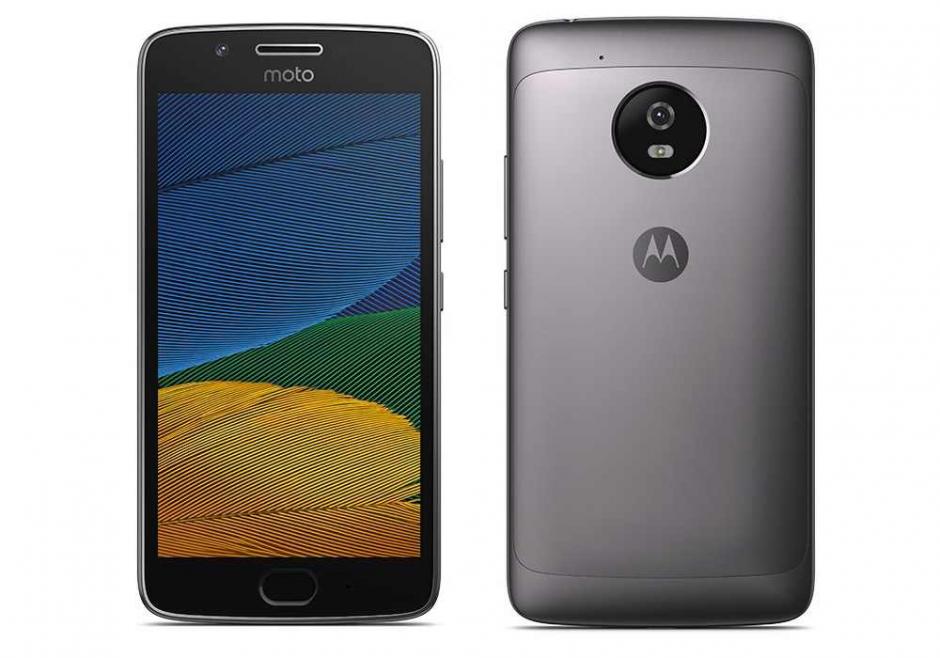 Starting with that new design, Moto chose an all-metal unibody for the G5 lineup this time around which makes the handsets look like they cost more than they actually do. A huge camera sensor with a slight bulge can be found on the back right above the Mot branding, while fingerprint sensors are now not only found on the Plus model but on the standard G5 as well. On the bottom is a headphone jack and microUSB port (sorry, no USB-C port here), on the right is a volume rocker and power button, and on the front is a 5-inch Full HD (1920×1080) display. The G5 Plus steps things up a bit with a larger 5.2-inch FHD display.

Interestingly, the back panels of the G5 and G5 Plus are removable, exposing a removable battery (G5 only) and microSD card/SIM slots. This is a major plus for interested buyers of the G5 as removable anything is becoming less and less common, what with LG opting not to include such a feature in this year’s G6.

Touching a bit more on the displays, although they have 1080p resolutions, the Moto G5 and G5 Plus sport LCD panels, no IPS to be found. That’s fine as you can still see the screen, but viewing angles shouldn’t be very good.

Inside, Moto has loaded the standard G5 with an octa-core Snapdragon 430 processor, a step down from last year’s 617 found in the G4. While the performance will suffer some, heating should actually improve as the 430 doesn’t have a reputation for getting warm like the 617. In addition, 2GB/3GB (depending on region) of RAM is on board.

For the G5 Plus, Moto takes a step further by including a Snapdragon 625 processor, the same chipset in the Moto Z Play that was awarded our praise for having such stellar battery life. In addition, up to 4GB of RAM will make its way into this handset depending on where you live, so it looks like this handset will make a nice alternative to the Z Play.

Regarding cameras, the standard G5 offers a 13MP shooter with an f/2.0 aperture and phase detection autofocus. The G5 Plus gains a 12MP f/1.7 camera with dual autofocus pixels for improved photo-taking and 4K video capture. Both the former and latter handsets have a 5MP f/2.2 front-facing camera.

In terms of batteries, the G5 sports a 2800mAh cell which, as previously stated, is removable. The G5 Plus offers a 3000mAh cell, while both include a form of fast charging. To be more specific, the G5 gains a 10W rapid charger, while the G5 Plus gets a 15W TurboPower charger which, speaking from experience, is really fast.

For storage, you’ll get either 16 or 32GB of room on the G5 depending on your region, while up to 64GB will be included in the G5 Plus. Android 7.0 Nougat will come on both handsets, with Moto tweaking their built-in software to better suit the next generation of Moto devices such as the launcher (which looks a heck of a lot like the Pixel Launcher), their Moto actions, and more.

It’s worth noting that while you can use on-screen navigation keys, the G5 and G5 Plus offer something called One Button Nav. It essentially uses just the fingerprint sensor on the front of the device for navigating throughout the entire device. Gestures get you to where you need to go, so to go back, swipe left, to get to multitasking, swipe right, to access the Google Assistant (yep, both handsets come with it, by the way), press-and-hold, and to get home, just a simple light tap is required. Huawei made a similar way of navigating for their new P10 and P10 Plus, so it looks like more companies may begin adopting this form of navigation in the future.

Unfortunately, NFC still isn’t present on the Moto G lineup (at least not for the US), so don’t think you can go pay with your phone everywhere if you pick up a G5 or G5 Plus.

Two colors will be available for the G5 and G5 Plus: Lunar Gray and Fine Gold. A special Sapphire Blue will be offered in other parts of the world. The G5 will start at €199 with 2GB of RAM and 16GB of storage, while the G5 Plus will start at $229 for 2GB of RAM and 32GB of storage. Oddly enough, only the G5 Plus will make its way to the United States come March while the G5 will venture elsewhere.