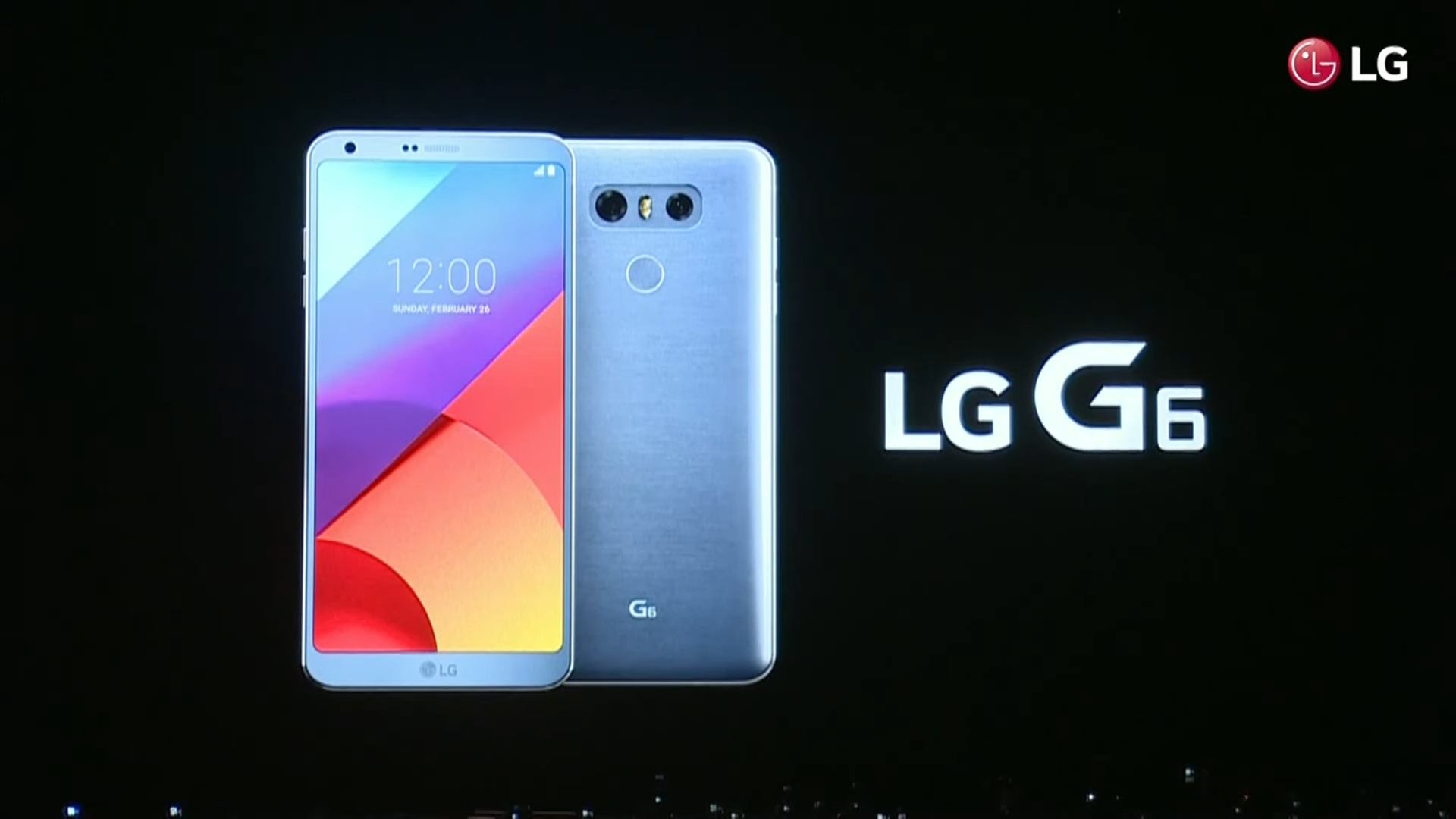 It’s bright and early here on the east coast (6 AM to be exact), but that’s not stopping major announcements over in Barcelona, Spain as a part of MWC 2017 from happening. Today’s big news comes out of LG who today have finally announced their much-anticipated smartphone the G6 which ditches all the faults the company had last year with the G5 in order to deliver a better all-around experience.

Starting with the design, LG has ditched their modular concept from the G5 for the G6 in favor of a much sturdier unibody design and IP67 dust and water resistance because the company is taking a new approach to better learn what customers want. “Things have changed,” said Juno Chin, president of mobile communications at LG. A tempered glass body is present for the back and front of the phone, while a metal frame fills in the rest and allows radio signals to pass through. 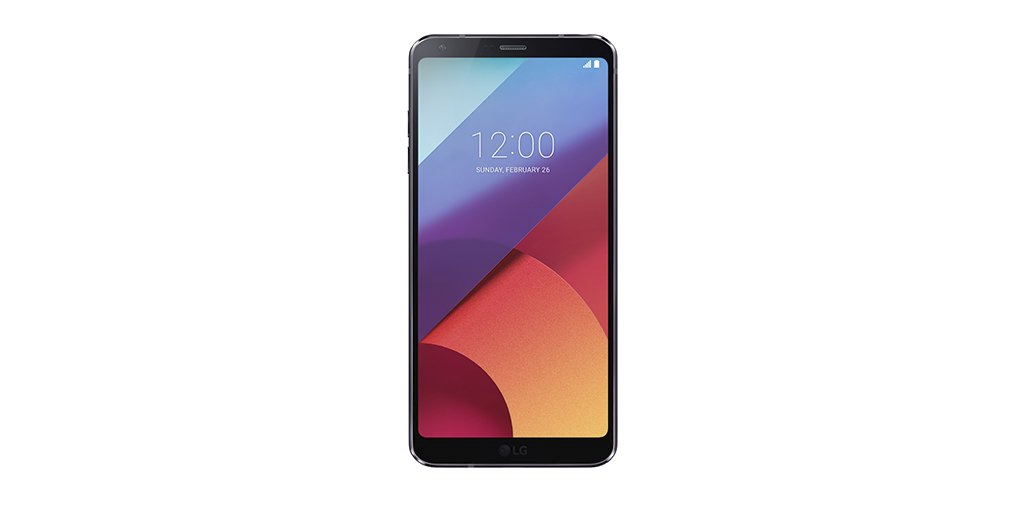 On the front of the G6 sits something new to the world of smartphones: an 18:9 (or 2:1, whatever you prefer) 5.7-inch Quad HD+ (2880×1440) FullVision display with curved corners covered in Corning Gorilla Glass 5, featuring support for Dolby Vision (with the G6 being the smartphone in the world to do so) and HDR 10. This is a greater resolution than standard Quad HD at 2560×1440 pixels and creates a pixel density of 564 ppi. It’s also worth mentioning the phone will be a bit taller than usual as smartphones in the past have offered 16:9 aspect ratios. But while the screen is rather large, the bezels around the display aren’t. This appears to be the new trend amongst smartphones in 2017 and is very pleasing to many users as a smaller body with a larger display is much easier to use with one hand while users can also multitask a lot better on a big screen, a characteristic LG will market off of when advertising the G6. Samsung’s upcoming Galaxy S8 is also expected to adopt this design language. 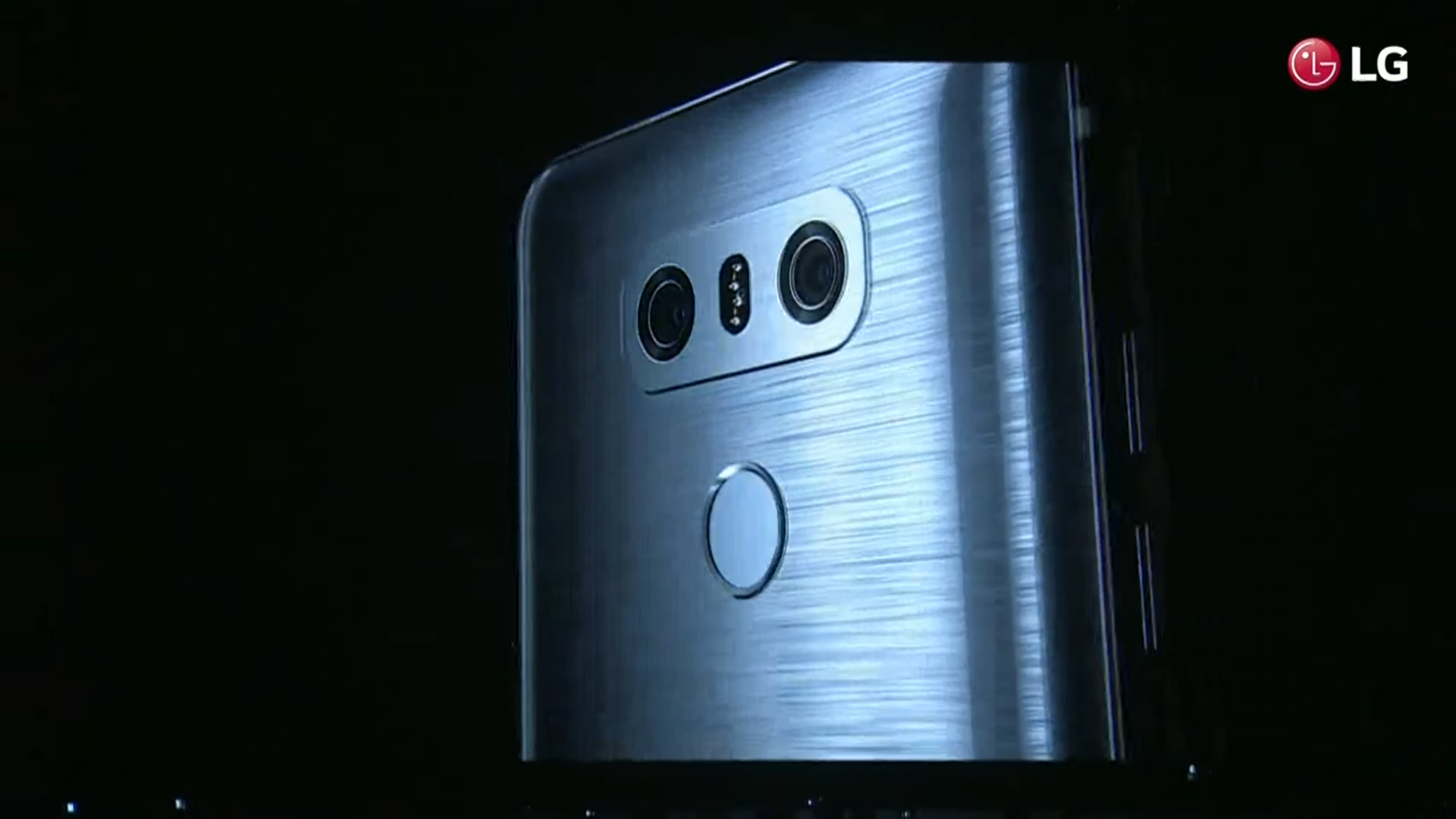 On the back of the G6, LG has included dual 13MP cameras, with the main sensor featuring an f/1.8 aperture and the secondary lens having an f/2.4 aperture. This will allow users to take bokeh-style photos and zoom in on subjects without losing quality. The rear cameras also feature OIS, laser autofocus, an LED flash, HDR, and 4K video capture. In addition, LG built a new camera UX specifically for the G6 which will take full advantage of the phone’s larger display and camera capabilities. For reference, there’s a 12MP front-facing camera for taking selfies.

Also found on the back of the G6 is a fingerprint sensor, but no volume buttons like previous LG handsets. These buttons have been moved to the side of the phone for ease of access. 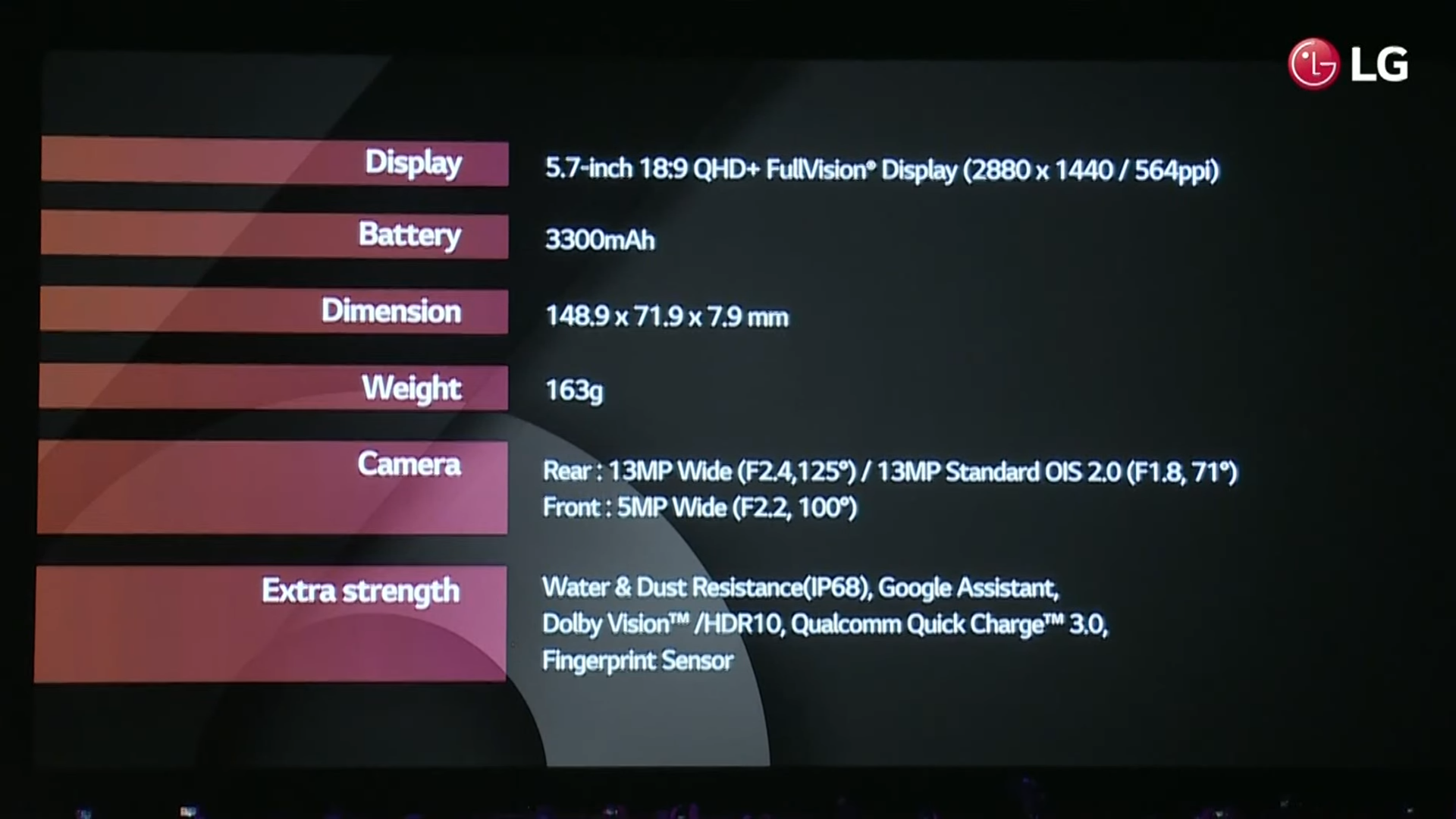 In terms of specs, the G6 features last year’s quad-core Qualcomm Snapdragon 821 processor clocked in at 2.35GHz. This is due to Samsung hogging all the Snapdragon 835s for their Galaxy S8 smartphone, but at least the 821 is still pretty fast even in 2017. It’s paired with 4GB of RAM and an Adreno 530 GPU. 64GB of storage comes standard, while Android 7.0 Nougat with LG’s new Optimus UX 6.0 UI on top. 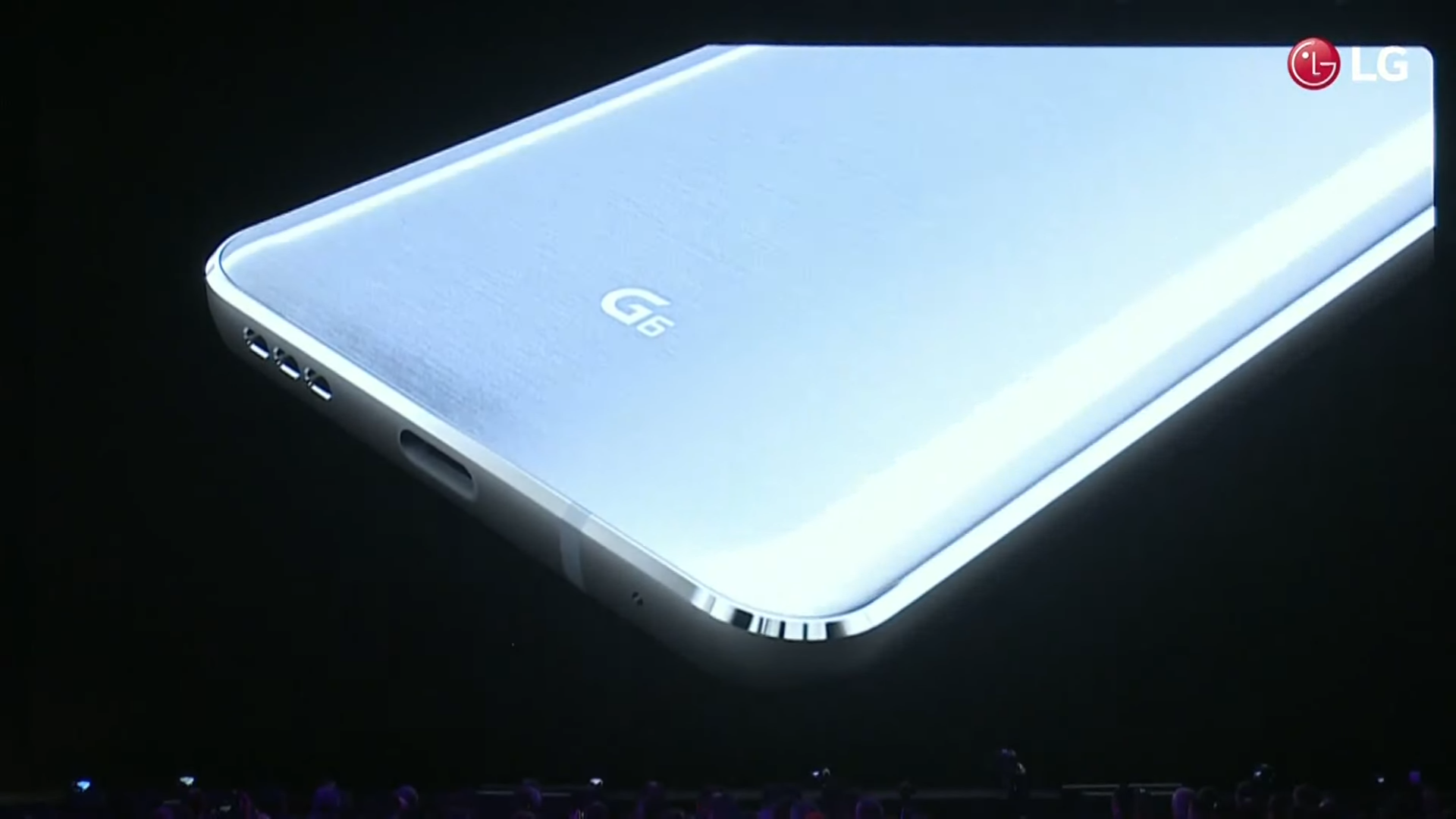 Regarding the battery, LG has included a non-removable 3300mAh cell inside the G6 which is rechargeable via the USB-C port on the bottom (the same location of the speaker) using Qualcomm’s Quick Charge 3.0 port. LG promises an 86% charge in as little as 30 minutes which, mind you, is pretty fast. And for wireless connections, 802.11ac Wi-Fi is present alongside the new Bluetooth 5.0 standard for stronger connections and longer connection ranges. 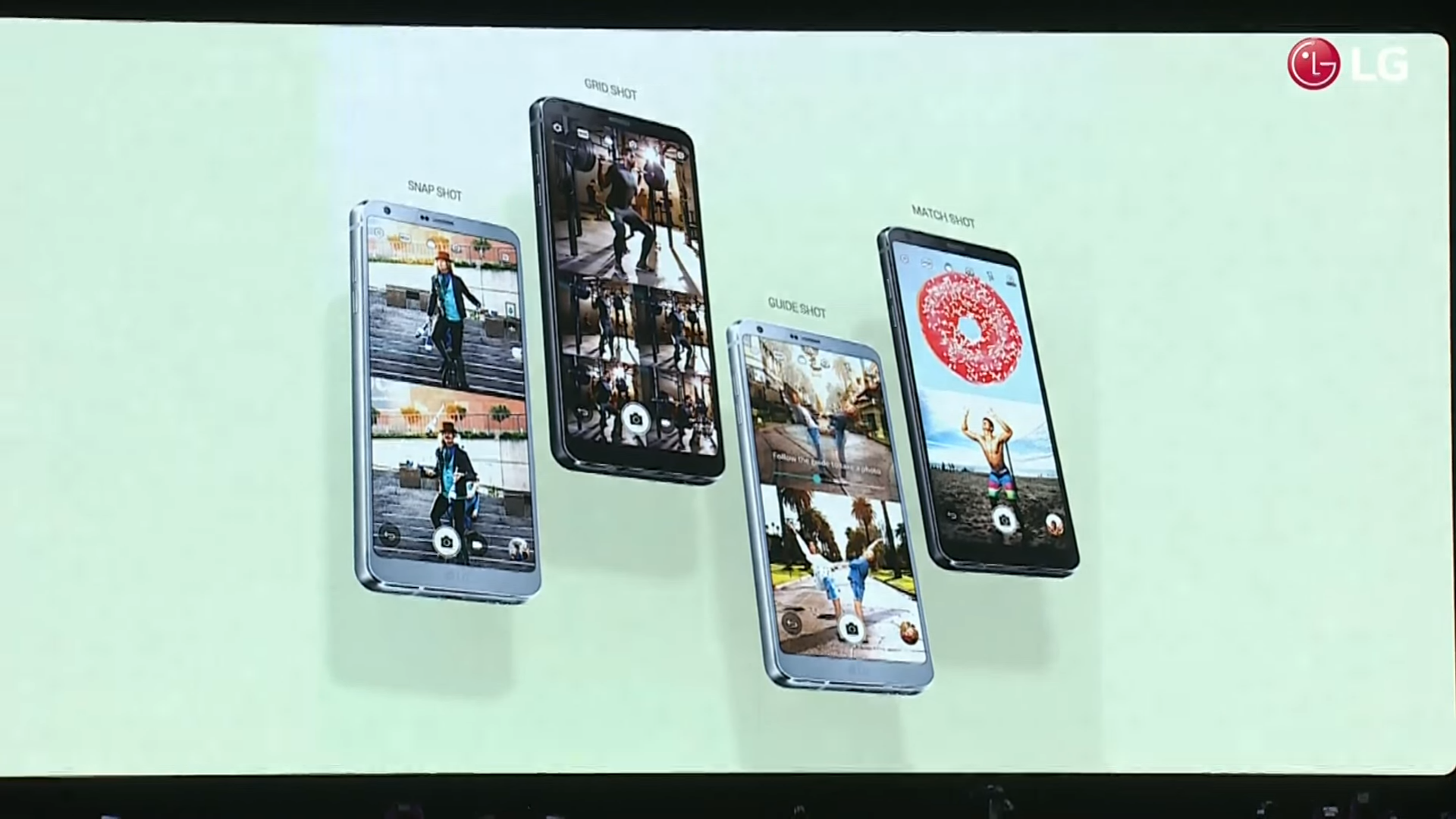 Software wise, LG has included Android 7.0 Nougat with LG UX 6.0 UI on top. But that’s not all: LG has partnered with Google to bring the Google Assistant, once a Google Pixel exclusive, to the G6. It works exactly like it does on the Pixel and can be activated by either saying “Okay, Google” or long pressing the home button. In addition, LG’s Always-On display has also made it’s way to the G6.

For audio, LG included a custom quad-DAC inside the G6 which offers better sound than your typical smartphone. It’s an improved version of the DAC found in last year’s V20 which already offered hi-fi audio output and input, but this one’s apparently better. I guess we’ll have to wait and see what results from this during real world use.

In addition, LG will be giving G6 buyers over $200 worth of in-game content for six games from the Google Play Store. A full list can be seen above, including Temple Run 2: The Lost Jungle, the “biggest update to Temple Run 2 ever.” This is to attract a younger crowd who tends to enjoy playing video games on their smartphone. In addition, Imangi Studios, the guys behind Temple Run 2: The Lost Jungle, will offer G6 owners a package of content for their new game for $49.99 which will offer enough coins to unlock every single character in the app. Boy, I know some of you are just gushing over this.

LG’s new approach with the G6 is simple: create a stellar smartphone that can properly compete with others such as Samsung and Apple without offering too many gimmicks or unique factors. It’s true the G6 delivers on all of these strategies, but it’s unclear how well it’ll perform on the market. If the company gets their marketing right, it’ll surely outperform the underrated LG V20 from last year, but the main selling point of the entire device has to be the display, an area critical to consumers that will need to be executed and promoted with great caution both on the market and for the company’s reputation as a whole. We plan on getting our hands on the G6 soon so stay tuned.

Three colors will become available for the G6: Astro Black, Ice Platinum (with a special brushed finish covered in glass), and Mystic White. Pricing and availability hasn’t been announced yet, but we’ll let you know when that information is available.