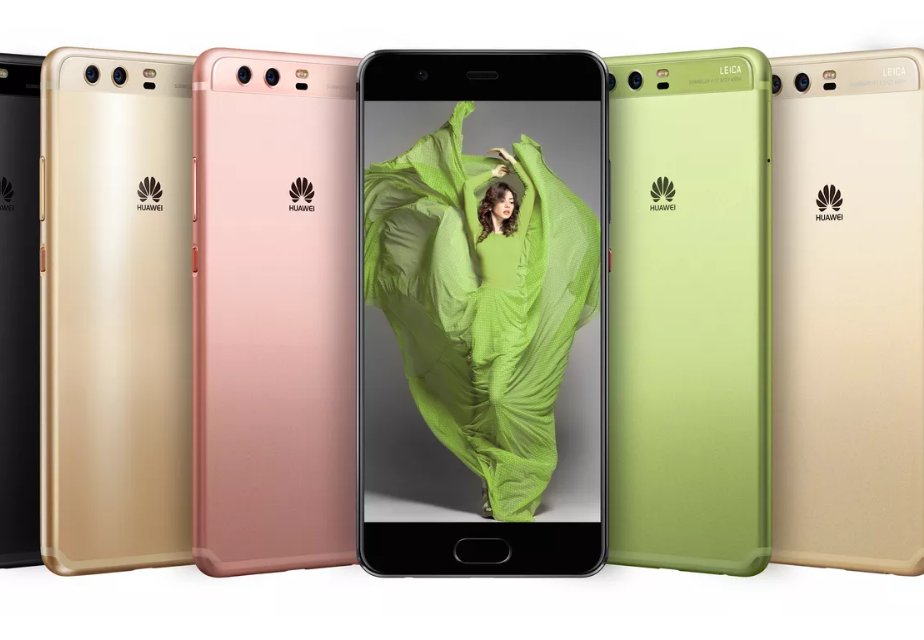 There’s surely no lack of stories to cover this MWC, and Huawei is just another company checked off our list as today during an event in Barcelona, the company took the wraps off their latest handsets called the P10 and P10 Plus, successors to last year’s popular P9 and P9 Plus. 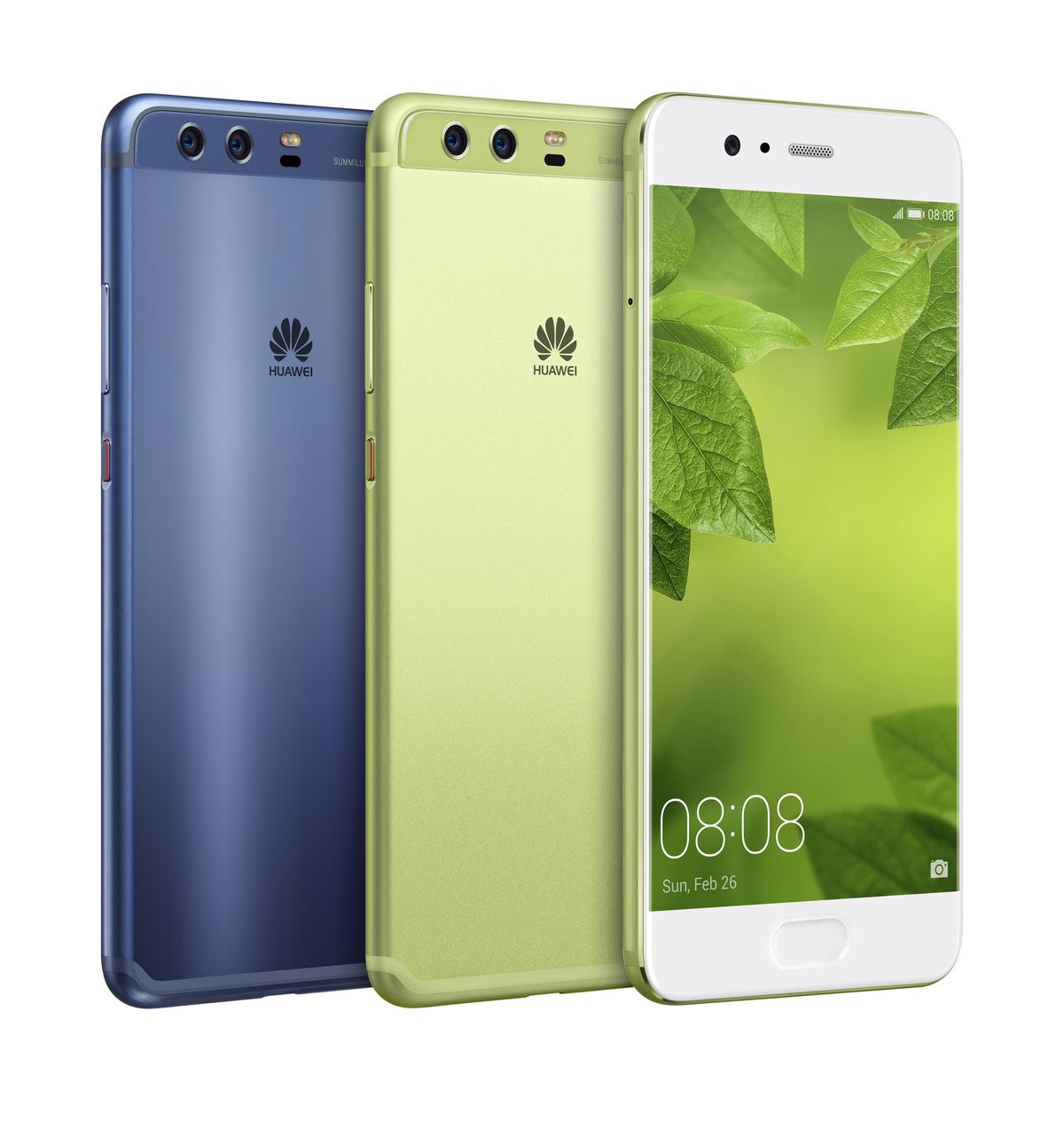 Starting with their design, the two P10 handsets each feature all-metal sand-blasted unibody builds with a glass pane on the rear at the top for radio signals to pass through, similar to 2015’s Nexus 6P which Huawei helped build and design. Antenna bands can be found along the top and bottom edges of the handsets similar to the iPhone 7, while dual cameras are housed in the rear glass pane, a fingerprint sensor sits on the bottom of the front (no longer on the rear near the top) which operates as every Android navigation button at once using gestures (for instance, a long press takes you home while a swipe takes you to recent apps), and a 5.1-inch QHD display sits on the front surrounded by a chunky forehead and chin. The phones are also waterproof.

Speaking of that display, its covered in 2.5D Corning Gorilla Glass 5 and is a special IPS-NEO LCD panel with a screen-to-body ratio of about 73.7%. The P10 Plus features a larger 5.5-inch screen with the same specifications, however on this model, curved edges similar to Samsung’s Galaxy S7 Edge are present to add additional functionality. Huawei’s EMUI 5.0 interface provides the usability by implementing custom tweaks and changes to better suit such hardware. That software, by the way, is based on Android 7.0 Nougat, so you’re getting the latest version of Google’s mobile OS in this case. 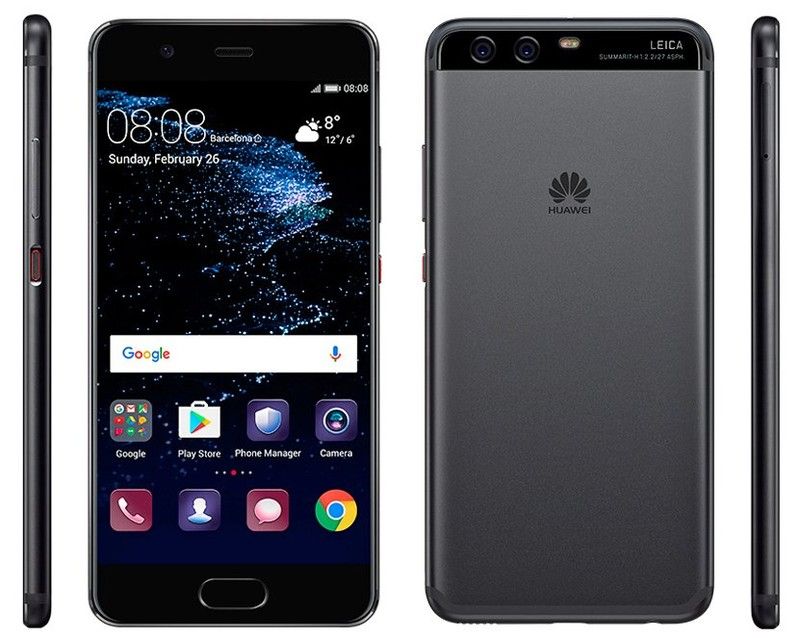 Regarding specifications, both the Huawei P10 and P10 Plus sport an octa-core Kirin 960 processor clocked in at 2.4GHz paired with a Mali-G71 MP8 GPU for graphics. For the P10, you can get it with 32GB/64GB of internal storage and 4GB of RAM or 128GB of storage with a massive 6GB of RAM. For the P10 Plus, you can get it with either 64GB storage/4GB of RAM or 128GB storage/6GB of RAM. MicroSD card expansion is present for both up to an extra 256GB.

For cameras, Huawei has partnered with Leica, GoPro, and Pantone to include dual camera sensors, with the main monochrome sensor including 20MP and an f/1.8 aperture and the secondary lens sporting 12MP and an f/2.4 aperture. Phase detection autofocus is present alongside a dual-LED flash, Leica optics, OIS, hybrid zoom, HDR, bokeh-style photo support, and a professional mode. You can also record up to 4K video at 30 frames per second. There’s also an 8MP f/1.9 aperture front-facing camera with auto-adjust features to correct skin tones and colors alongside a wider field of view for groupies.

Battery wise, there’s a non-removable 3200mAh cell within the standard P10 and a 3750mAh cell in the P10 Plus. Each are rechargeable via a USB-C connector on the bottom and Huawei’s supercharge which promises a full charge in just 90 minutes. For wireless connections, 802.11ac Wi-Fi is present alongside Bluetooth 5.0 for better, stronger, long-distance connections with devices. In addition, NFC comes inside for mobile payments, while the P10 marks the first device to support 4.5G data connections for faster network speeds. Essentially, there’re four antennas in these phones rather just two. and more antennas means a better connection.

Interestingly, the P10 and P10 Plus will arrive with Amazon’s Alexa on board rather the Google Assistant. Whether this is for the better will be up to consumers’ opinions, but it’s not like the phone will never gain access to the Assistant. Google will roll the voice AI bot out to everyone this week.

In addition, apps will open 20% faster than before, the P10 will intelligently manage RAM and storage, and feature a hyper diamond cut to avoid unwanted fingerprints. 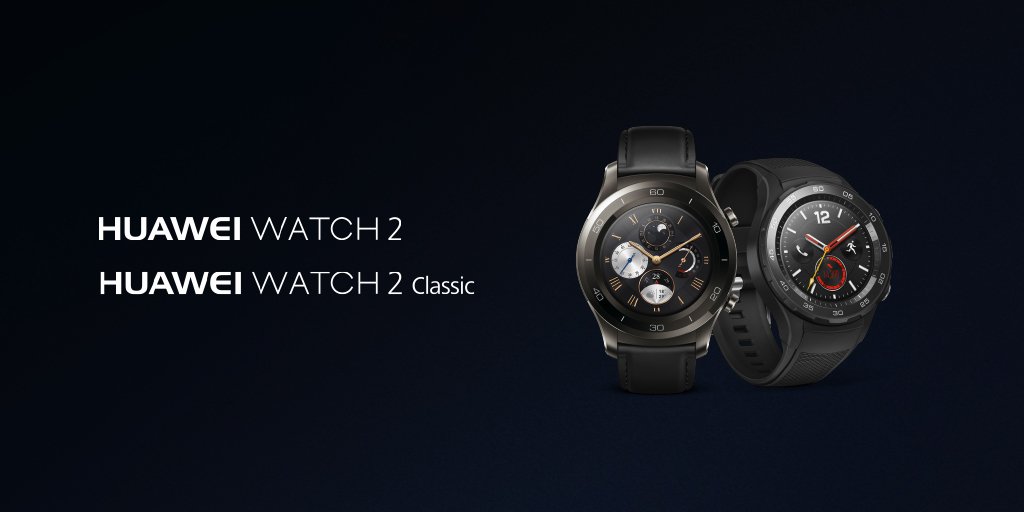 Alongside the new P10 and P10 Plus, Huawei also unveiled their new Huawei Watch 2 which comes in two models: classic and sport. It features a 1.2-inch 390×390 display, a 45mm diameter, sapphire glass, and a removable leather strap on the classic and a rubber strap on the sport. It’s powered by Android Wear 2.0 (which comes with the Google Assistant, by the way) and runs off a Snapdragon Wear 2100 processor, 512MB of RAM, and a 420mAh 7 hour battery. In addition, 4GB of storage is present to store contacts, music, apps, and more, while NFC comes inside for Android Pay payments.

For water and dust resistance, the Watch 2 has been granted an IP68 certification, plus a nanoSIM card slot is here for popping a secondary SIM card in so you can leave your phone at home and still have access to your phone number. The latter feature will only be available to those who purchase the sport model as the classic only includes Wi-Fi connection while the sport includes support for both Wi-Fi and LTE.

Color options for the new P10 include Ceramic White, Dazzling Blue, Dazzling Gold, Graphite Black, Mystic Silver, Rose Gold, and Greenery, a color the company is shoving down people’s throats for some reason. It’ll arrive in March in Europe, Malaysia, Mexico, Australia, New Zealand, and more countries over time. It’ll cost roughly $685, while the P10 Plus will start at roughly $738.

For the Watch 2, the sport model will start at roughly $349 without LTE and go up to roughly $399 for LTE. The classic edition will run for roughly $421. Each model will launch next month as well.

Oh yeah, and Huawei and Porsche teamed up again, but this time to deliver a Porsche Edition Huawei Watch 2. No pricing or release date is known at this time, but we’ll let you know when we know more.