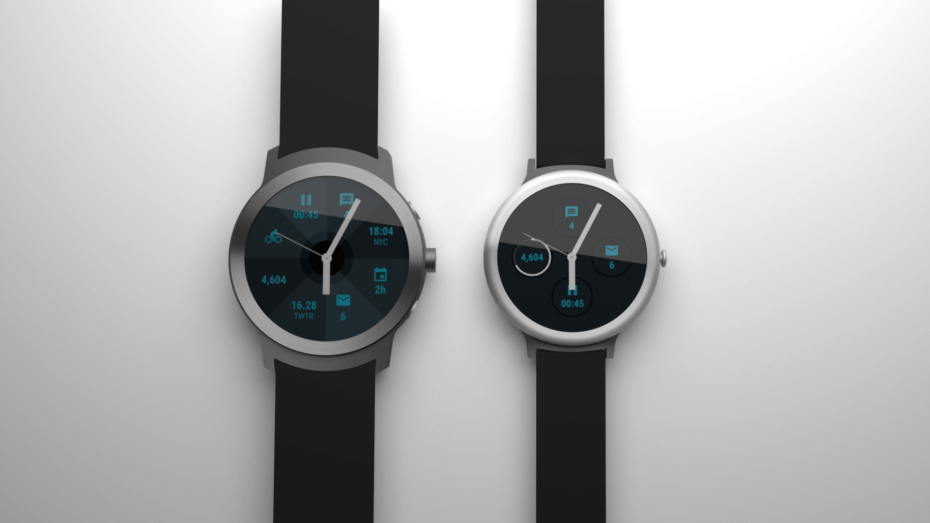 A fresh report out of VentureBeat via Evan Blass attempts to shed light on the future of Google’s wearable OS, Android Wear. The next major update to the OS, Android Wear 2.0, is set for release in ‘early February,’ however an exact date has never been officially given. But according to Blass on Twitter, that date is February 9th, two weeks from this Thursday.

To accommodate the launch, VentureBeat reports that Google will host an event to further go over the features of Android Wear 2.0 and introduce some new hardware the software will come pre-loaded on. It’s said that a partnership between them and LG has created two new smartwatches: the LG Watch Sport and the Watch Style (see “accurate” renders above). The former will be the flagship wearable, while the latter will remain as a likely cheaper option.

Each watch will include Android Wear 2.0, Google Assistant access, a form of waterproofing, and circular displays. The Sport will feature a 1.38-inch screen with a 480×480 resolution, while the Style will have a 1.2-inch screen and a 360×360 resolution. In addition, to make extensive distinctions between the two, the Sport will come with a heart rate monitor, NFC for Android Pay payments, 768MB of RAM over the Style’s 512MB, a larger 430mAh battery over the Style’s 240mAh cell, cellular connectivity, GPS, an IP68 certification over the Style’s IP67 certification and a thicker body at 14.2mm over the Style’s slimmer 10.8mm body. To make the latter a bit special, LG will allow users to swap out bands, but that’s it. No NFC, no GPS, no LTE – nothing.

One interesting element that’ll be found on both the Sport and Style is the inclusion of a digital crown. As you recall, Apple was first to introduce this method of navigation with the Apple Watch back in 2014, so it’ll be interesting to see how Google and LG implement the technology. Ideally, it should be pretty similar to Apple’s method (e.g. twist the crown to zoom in on content), but you never know.

Further more, both watches will be compatible with iOS, so Android users won’t be the only ones in on the fun.

VentureBeat claims the Watch Sport and Style will each launch a day after Google’s event alongside Android Wear 2.0, while pricing remains unknown. We should learn more about these new pieces of hardware in the coming days, so stay tuned.