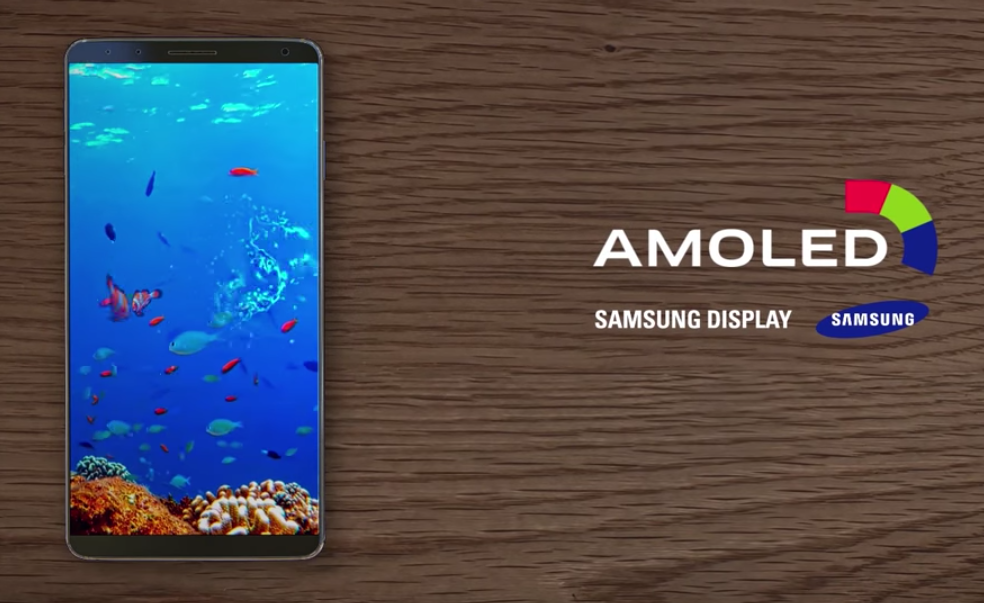 In two new ads on Samsung’s YouTube channel, the company shows off their new AMOLED display panels for use in future handsets. But did one of those future handsets just leak?

If you’ll notice, there’s a mysterious phone featured in both commercials. Sure, it could be some render Sammy threw together just for marketing purposes, but it may be something more. If you recall recent rumors regarding the Galaxy S8, a near bezel-less design is expected, no home button is said to be present, and an embedded fingerprint sensor found in the display is supposedly arriving. Coincidence or not, all of these leaks line up with the phone featured in the ads, leading to speculation that this may be our first official look at the Galaxy S8.

And no, it’s not just a phone border. If you look closely, there’s an array of sensors at the top that would be necessary for a phone to actually exist in 2017. Would a render artist actually take the time to put these details in if this weren’t a real phone? I didn’t think so.

Therefore, until it’s confirmed, we may be looking at the first sign of the Galaxy S8. We’re still around 3 months away from the phone actually being unveiled, but it’s about time we start seeing some leaks such as this one.