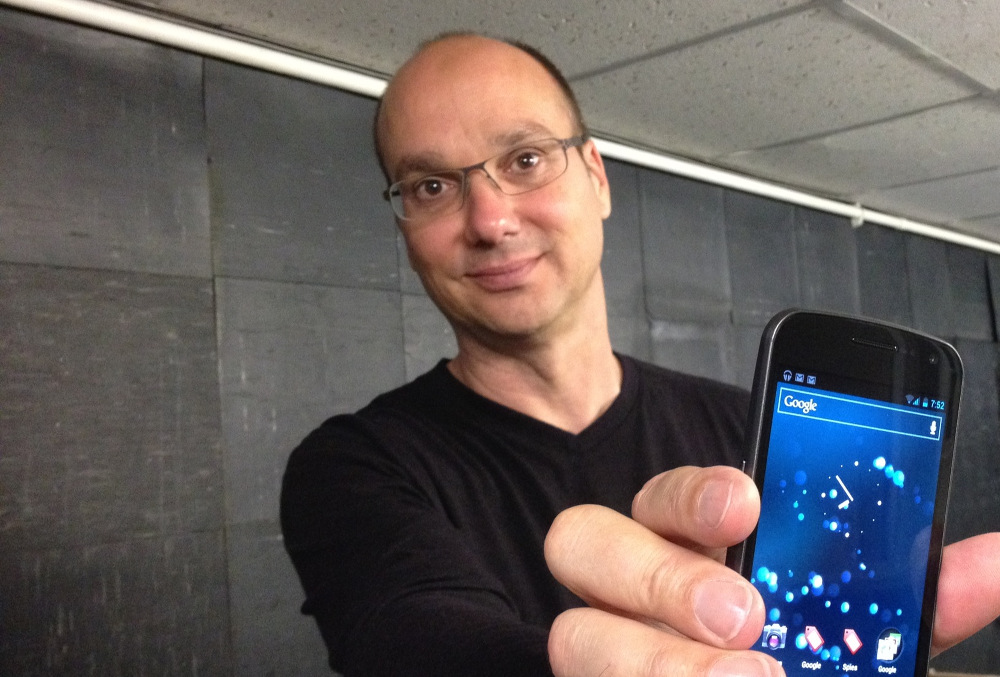 Android’s co-founder Andy Rubin is in the news today as a fresh report out of Bloomberg claims he’s created a company called Essential and is readying a smartphone with no bezels, a modular design, and ceramic materials. This is all a part of a directed focus Essential has reportedly been given towards building machines with artificial intelligence such as smart home appliances and devices.

A trademark filing for Essential has been shared via Bloomberg in which you can see the company’s supposed logo. The filing reportedly pertains “mobile phones; smart phones; computers and tablet computers; accessories and replacement parts for all the aforementioned goods; computer operating software for mobile phones, smart phones, computers and tablet computers” and even features Rubin’s name. The Android creator has always shown interest in AI, so it would make sense to some degree to go off an create his own organization after leaving Google in 2014.

Regarding the phone itself, Bloomberg reports that the handset will be built to compete with the likes of the iPhone, Samsung Galaxy, and even Google’s own Pixel. At least one prototype is currently in testing with little to no bezels surrounding its screen which is reportedly the size of the iPhone 7 Plus’ but placed in a body much smaller. In addition, a metal border, ceramic back, and possible 3D Touch-like features are also reportedly in the works.

Nowadays, modularity seems to be a new trend for smartphone manufacturers to add additional functionality to one’s handset much like the Moto Z and Z Force do. In Bloomberg‘s report, Rubin may also included some type of modularity factor that would connect peripherals such as a 360-degree camera the same way it charges: through magnets.

Essential’s engineers are developing a proprietary connector that serves double duty for charging the battery and expanding the phone’s functionality over time, one person familiar with the planning said. The magnetic connector would allow Essential or even third parties to create hardware accessories that add features to the smartphone.

This is similar to what Moto does with its Z lineup, but everyone usually has their own take on modularity (remember the LG G5?) so we’ll have to wait and see what this results into.

As per a quote from what Rubin told Bloomberg back in June, Essential will likely play a major role in the AI market, with this reported smartphone likely featuring some type of artificial intelligence if our guess is accurate to any extent.

Rubin is convinced AI is the next big change to ripple through the technology industry. “New computing platforms happen every 10 to 12 years,” he said at the Bloomberg Technology Conference in June. “What’s the next platform?… It’s about data and people training AI systems to learn.”

As of now, there’s not much more to go by regarding Essential or this mystery phone, but it’s expected for Rubin to announce his new company and unveil his new handset in the middle of 2017. He’s also expected to lead Essential as CEO.

But now the quesiton rises: what OS will this phone run?