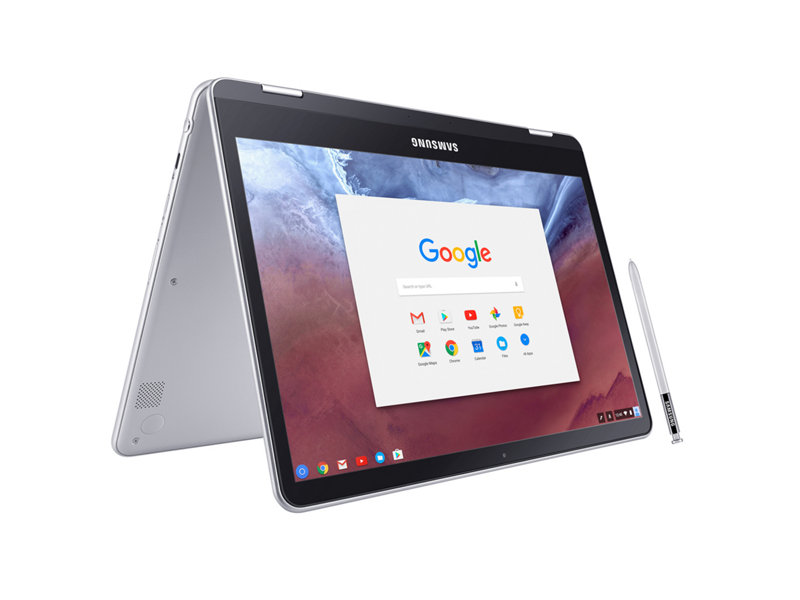 A few months back, we saw Samsung’s upcoming Chromebook leak for the first time, giving us “confirmation” that the device would ship with a stylus of some sorts. This rumor has been confirmed as today at CES 2017, Samsung introduced the Chromebook Plus and Pro, two models of the laptop leaked in October with one main difference: processors.

Inside the new Chromebooks, you’ll find an ARM-based processor in the Plus and an Intel Core m3 chip in the Pro, 4GB of RAM, 32GB of internals storage, up to 8 hours of battery on both, a microSD card slot for extra space, and two USB-C ports. Display wise, a 12.3-inch panel is present with a 2400×1600 resolution. All of this is wrapped up in a full-metal body weighing in at 2 1/2 pounds and measuring just over a half-inch thick. 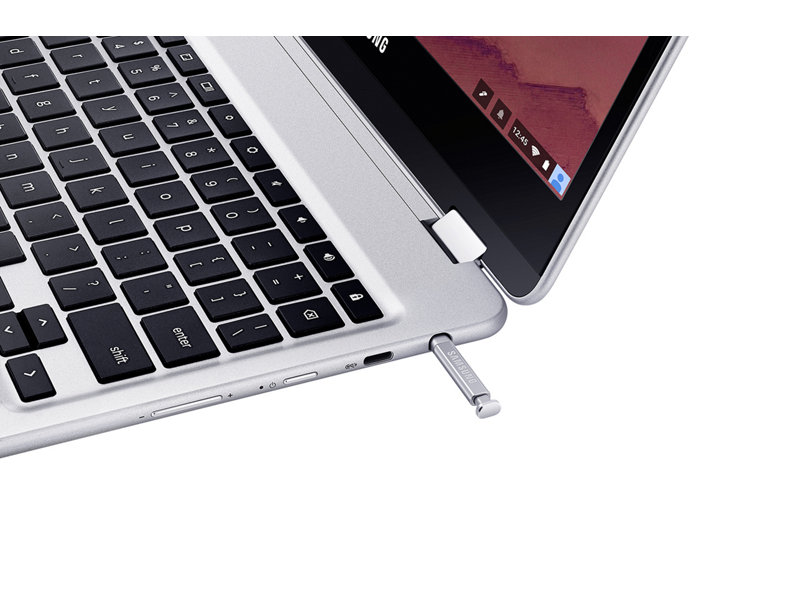 Of course, the real story with the Chromebook Plus and Pro is the included S Pen (or stylus, whatever you wanna call it). It ejects much like the S Pen included in the Galaxy Note 5 and late Note 7 by featuring a clicking mechanism and can be used right on the screen of the Chromebook in apps such as Google Keep for taking notes and making lists. Samsung touts the stylus as having more precision than the Surface Pen or Apple Pencil on the Microsoft Surface and iPad Pro by implementing a special prediction technology which aims to tell which way you’ll move the pen next. You can also use the stylus to highlight text and objects by hovering it over the screen, while screenshots and more can also be taken using the pen. 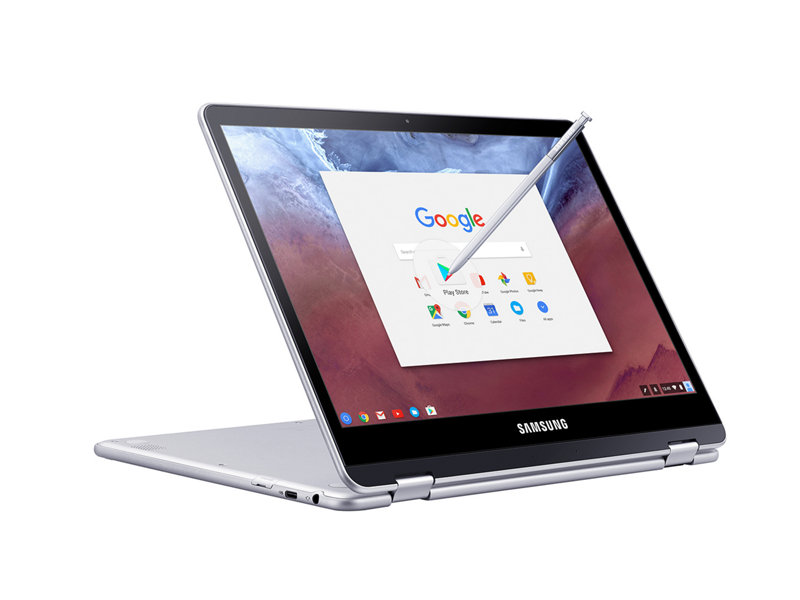 In addition, Samsung says they built the new Chromebooks around the Google Play Store, so Android apps will play a major role in the usefulness of these new machines and hopefully tempt potential customers over to the Chrome OS side of things.

Retailers such as Best Buy, Amazon, Newegg, and more will all carry the Chromebook Plus and Pro when they arrive on the market this February and Spring for $449 and $499, respectively. For those of you wondering, yes they’re also available for pre-order.