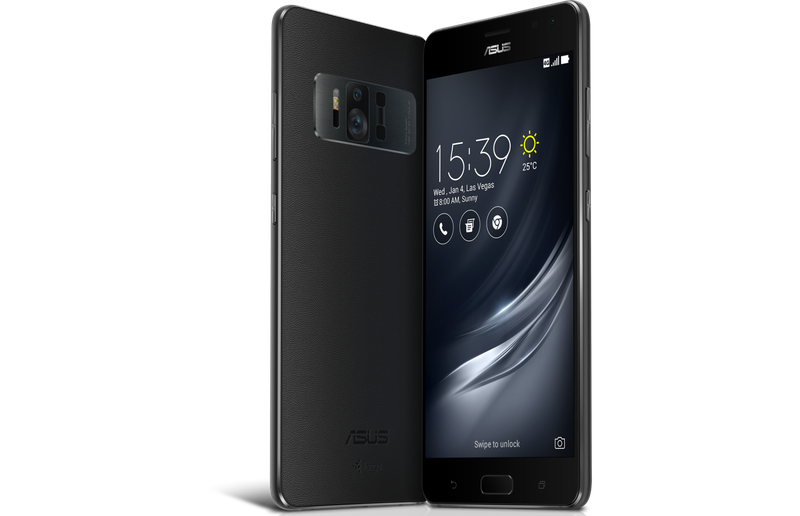 Earlier this week, a leak surfaced which gave us our first look at Asus’ new AR-enabled smartphone called the ZenFone AR that would feature Google Tango and Daydream all wrapped up into one smartphone. At that time, it was never confirmed by the company that the phone existed, but that changes today as at CES 2017, the ZenFone AR has indeed made an appearance. By using a special camera rig composed of a 23MP main camera, a motion tracking camera, and a depth sensor around back and special software, Asus’ ZenFone AR can operate similarly to how Lenovo’s PHAB2 Pro does thanks to Google Tango, Google’s augmented reality platform. Currently, there’s about 30 different applications that utilize the technology, so at least you won’t be constrained to built-in apps if you pick this handset up.

Regarding specs, the ZenFone AR features a Snapdragon 821 processor, a pretty massive 6 or 8GB of RAM, a 5.7-inch QHD AMOLED display for viewing Google Daydream content, Android 7.0 Nougat, and even High-Res Audio and DTS virtual surround sound support. There isn’t much more known about the handset, but the list already seems rather promising.

Unfortunately, you won’t be able to use Tango and Daydream at one time with the ZenFone AR, so don’t expect to get a HoloLens experience with this handset. Save that for ODB’s new smartglasses.

Currently, pricing isn’t known for the ZenFone AR, but Asus says it’ll be released in the second quarter of 2017.