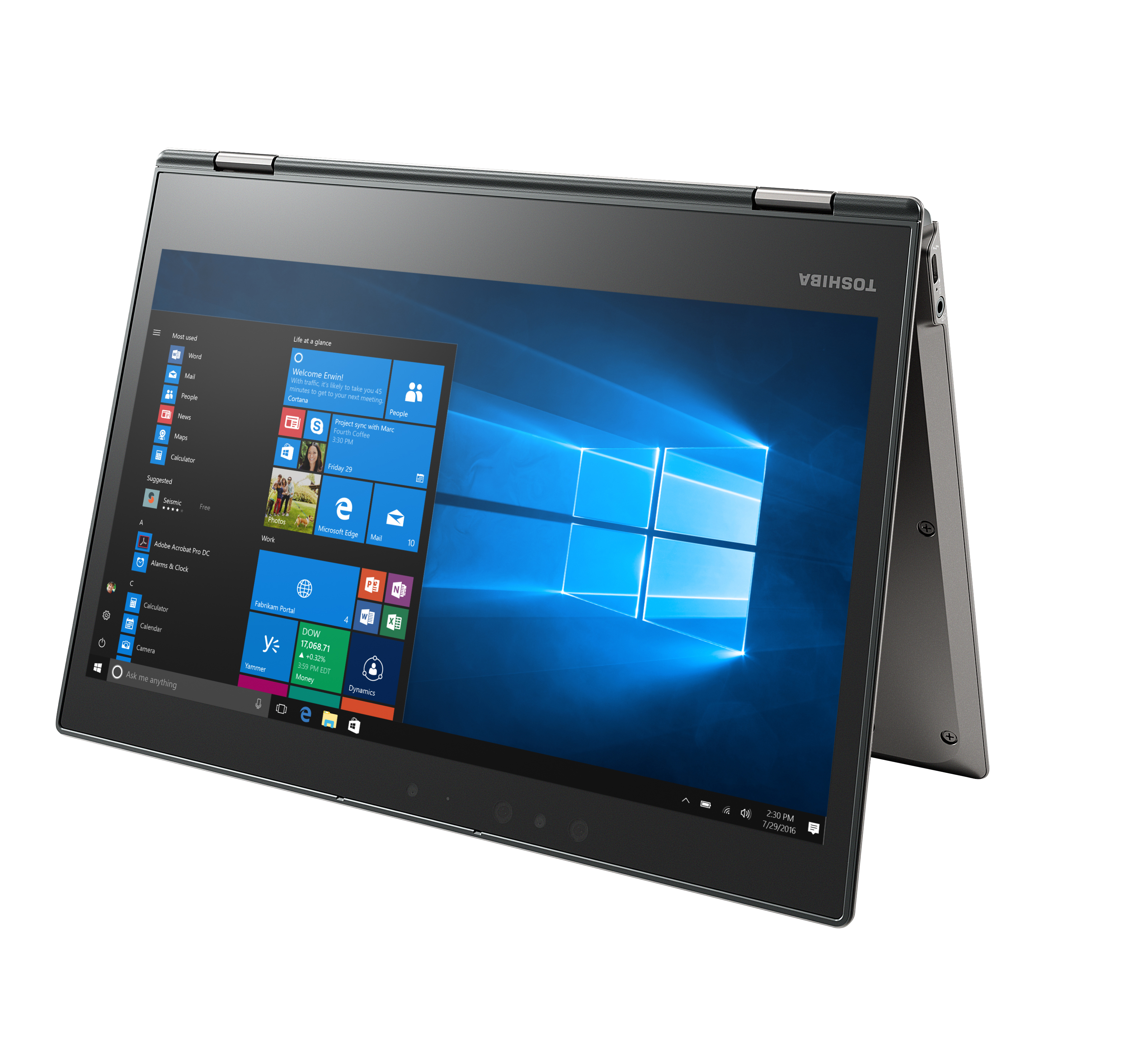 Today at CES 2017, Toshiba announced the Portégé X20W, a Windows 10 Pro-loaded 2-in-1 the company claims can last up to 16 hours on a single charge. This is pretty beastly for a Windows laptop, so it’ll be interesting to see how it performs in the real world.

Of course, users will experience varying battery times with the Portégé X20W as not everyone uses their laptops and tablets the same way. For a person like me, I’d lean closer to a 9-10 hour mark considering the work I do.

Regarding the other specifications of the Portégé X20W, there’s a 12.5-inch Full HD display covered in Corning Gorilla Glass 4, Intel’s Kaby Lake processors, Harman Kardon stereo speakers, a USB-C port, a USB-B port, a headphone jack, and a 360-degree hinge for converting the laptop into a tablet. In addition, the display also has TruPen technology built in based on Wacom Feel for input via a stylus and Windows Ink.

For more extensive connectivity, Toshiba is also developing two docks for the Portégé X20W: one’s called the WiGig Dock6 while the other’s known as the Thunderbolt 3 Dock. It’s unclear just what functionality will be included in these docks, but we’re assuming they’ll connect to the laptop/tablet via the USB-C port.

For now, we don’t know how much the Portégé X20W will cost or when it’ll be released, but we do know it’ll be “soon.” Toshiba will sell the 2-in-1 from the Microsoft Store in an exclusive Slate Gray color, while over on the company’s own website will be where they’ll sell it in an Onyx Blue.