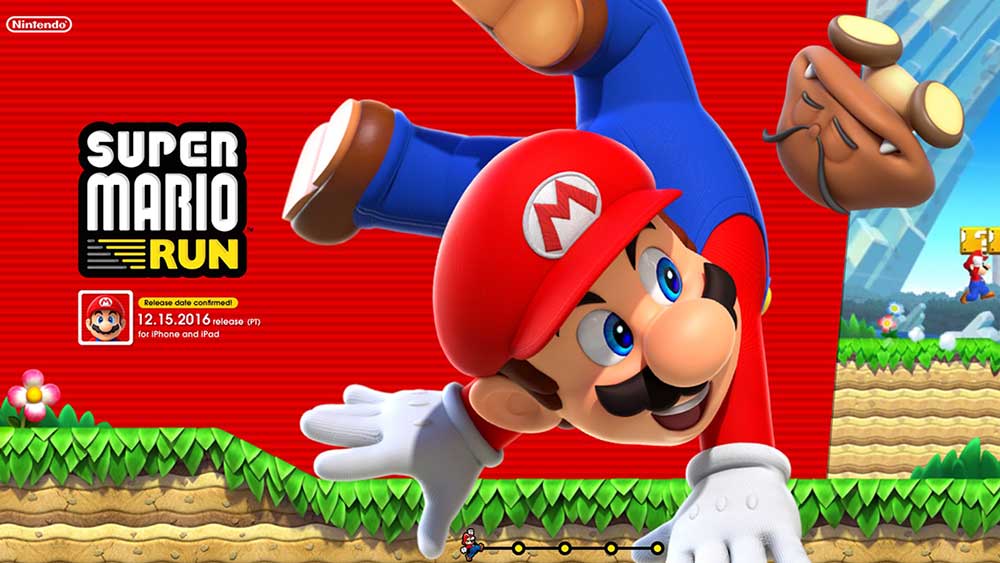 Just two weeks ago, Nintendo released their highly anticipated new game titled Super Mario Run for iOS users. The app was initially unveiled at Apple’s October event, so you can clearly tell why the game was exclusive to iOS in the beginning.

Of course, there’s plenty of people who use iPhones and iPads, but there’s also those who use another platform: Android. Back in October, Nintendo confirmed that Super Mario Run would eventually hit devices running Google’s mobile OS, but it was never known when this time would come. However, thanks to a tweet and a Play Store listing, we can now confirm that time is now as Super Mario Run is indeed making its way to Android users.

Attn @Android users: Pre-Register now to be notified when the official #SuperMarioRun is available on @GooglePlay https://t.co/rYJAIDUdO5 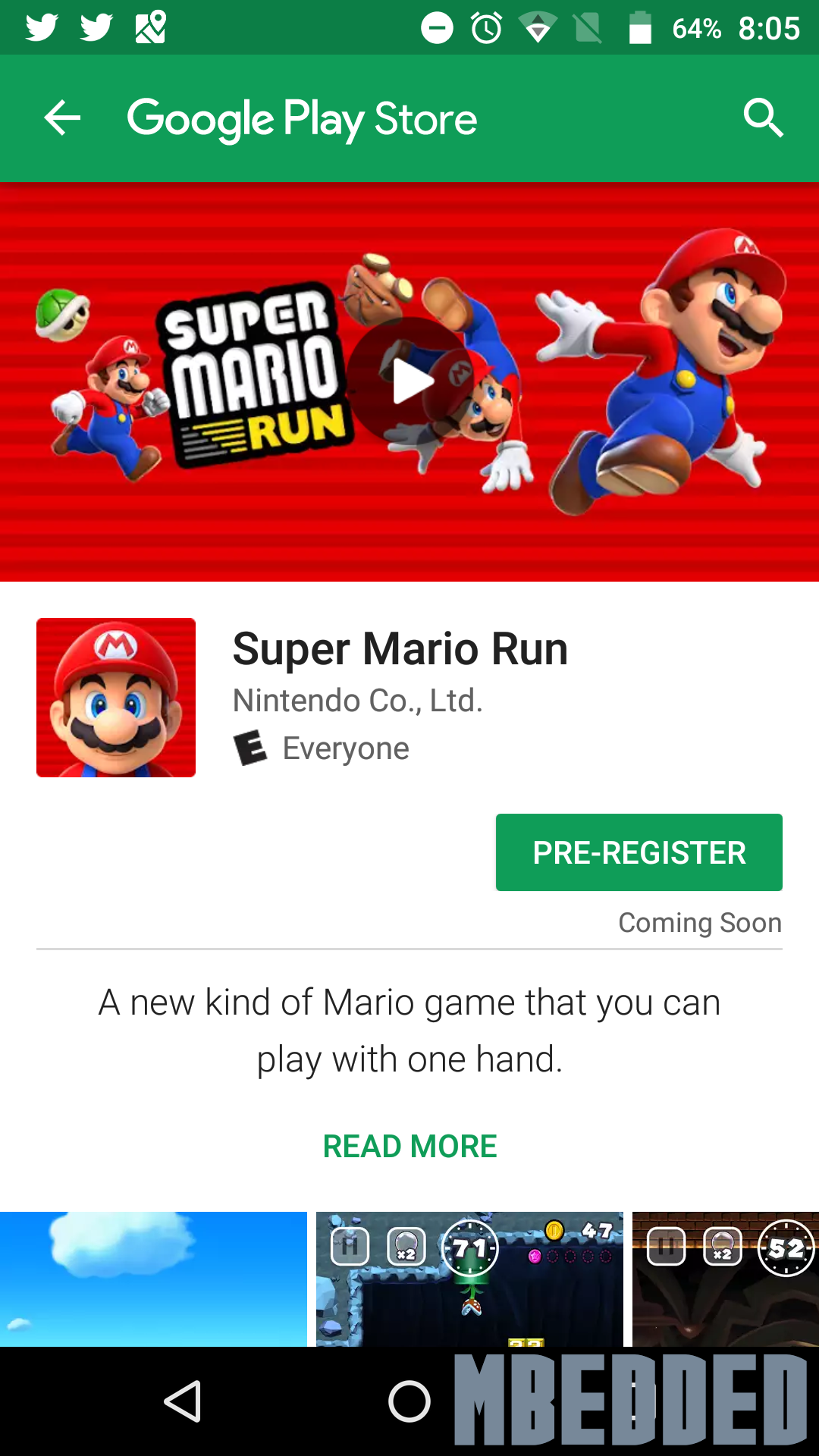 Here’s Nintendo’s description of Super Mario Run, a 2D endless runner which only requires one of your hands for gameplay.

A new kind of Mario game that you can play with one hand.

In this game, Mario constantly moves forward through the courses while you use a variety of jumps to navigate. Mario will behave differently depending on the timing of your taps, so it’s up to you to show off particularly smooth moves, gather coins, and reach the goal.

■Toad Rally
Show off Mario’s stylish moves, compete against your friends and challenge people from all over the world.

A challenge mode where the competition differs each time you play.

Compete against the stylish moves of other players for the highest score as you gather coins and get cheered on by a crowd of Toads. If you’re impressive enough, the Toads may even come live in your kingdom.

You can also perform stylish moves to fill up your gauge and launch into Coin Rush!

*In order to play Toad Rally, you will need Rally Tickets that you can acquire in a variety of ways, such as clearing worlds or through bonus games in your kingdom.

■Kingdom Builder
Gather coins and Toads to build your very own kingdom.

Create your unique kingdom with buildings and decorations that you acquire with the help of Toads gathered in Toad Rally.

There are over 100 kinds of items in the Kingdom Builder feature!
*You will be able to download and enjoy a portion of Super Mario Run for free and can also enjoy all of the game content available after paying a set purchase price.
*We permit our third-party partners to collect data from this app for analytical purposes.

It’s worth noting that you’ll need a constant internet connection to play Super Mario Run, while a set purchase price to unlock the full game will also be present.

One of the main reasons why Nintendo launched Super Mario Run on iOS and not Android immediately is due to security concerns. With the strong safeguards built into iOS, Nintendo has a lower chance of someone pirating Run and stealing game data for their own use in another application, hence you need a constant internet connection so nothing gets leaked out onto your device’s system and becomes vulnerable. This security concern is taking to the extremes when delivered to Android users as the security surrounding this OS is nowhere near as tight as iOS. Therefore, it’s very likely that someone may begin developing an app with stolen data from Nintendo. We can’t guarantee this will happen, but the risk is increased significantly.

Right now, Nintendo has Super Mario Run available for preregistration over on the Play Store, so if you wanna be notified when the game becomes officially available on Android, click here.