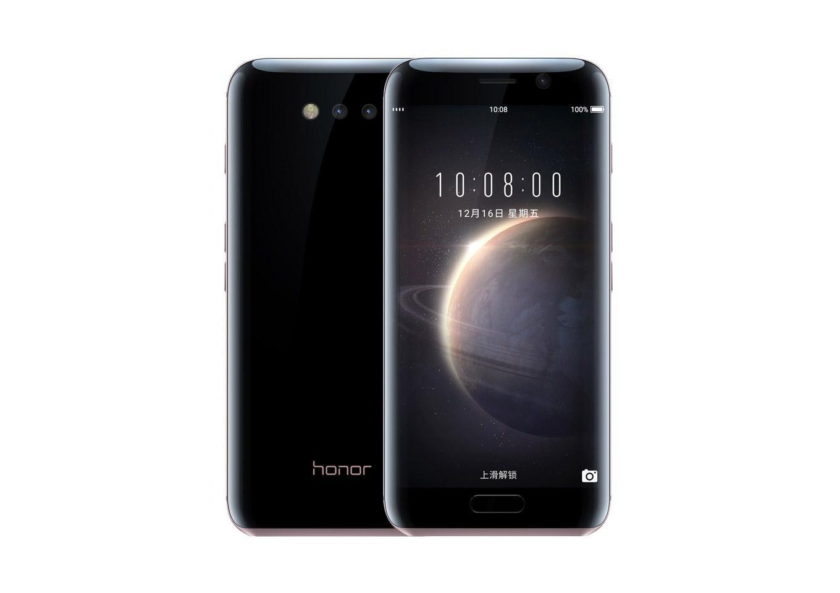 Huawei’s sub-brand Honor has unveiled the Honor Magic today in China, confirming previous rumors that this phone may be announced at some point in the future. At first glance, you’ll notice the curved glass on either side of the device on the front and back alongside the extremely thin metal edges with barely enough room to fit the volume and power buttons. Many are calling this a futuristic design, and to my eyes, that’s a pretty accurate statement.

Of course, with such a gorgeous design, there’s gotta be some pretty nice specs, right? Well, sure, I guess so. You’re getting a 5.09-inch AMOLED display (at least it’s QHD), a 2.3GHz octa-core Kirin 950 processor with 4GB of RAM, 64GB of storage, a rather small 2900mAh battery with fast charging capabilities (40% in 10 minutes, reportedly), a rear 12MP dual-camera setup alongside an 8MP front sensor, Android 6.0 Marshmallow with Honor’s Magic Live skin and software (we’ll get to that in a second) on top, a fingerprint sensor and iris scanner, and no NFC. Obviously, we’ve seen similar specs on various 2016 flagships, but with 2017 quickly approaching, these internals may be categorized as mid-range sooner than we think.

Regarding the software, Magic Live is where all the magic is, hence the name Honor Magic. For instance, users can use the built-in AI technology to get things like movie recommendations and restaurant locations from anywhere on your phone (e.g. while chatting with a friend in WhatsApp or researching places to eat), while DeepThink can pull up information based on what’s on your screen similar to how Google Now on Tap works. You can also use WiseScreen to wake up your screen by recognizing your eyes and hands via an array of sensors, while FaceCode Intelligent Recognition will help to only show your notifications if it detects your registered face. A full list of the magic can be found below (via Android Authority).

There’s also supposed to be a feature where if you walk into a dark environment, the phone’s flashlight will come one automatically. However, I’m not sure how well this will work. At least you’ll know if someone’s trying to sneak out of the house at night, right?

All in all, the Honor Magic looks pretty cool so far. It comes in Golden Black (wait, what?) and Porcelain White, costs CNY 3,700 (roughly $530), and is currently only available in China. Of course, we’ll only know if the features packed into the Magic actually work if we try them out, so we’ll do our best to get a review up about this guy in the future. Stay tuned.