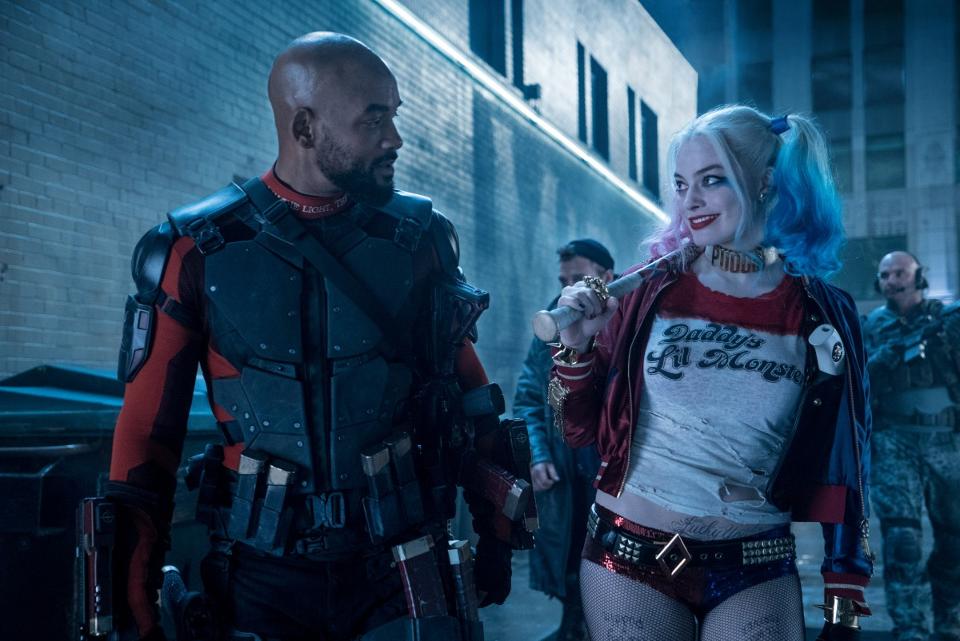 A few months ago, it was confirmed that a Harley Quinn spinoff was in the works due to fans’ high demand for the character to receive her own film. Margot Robbie was said to have signed on to the project, while we’re now hearing via The Hollywood Reporter that this movie will be titled Gotham City Sirens. It will also be directed by David Ayer, the same person who directed Suicide Squad.

David Ayer is back in the business of DC comic villains.

The filmmaker, who directed Warner Bros.’ all-bad guy comic book movie Suicide Squad, is reuniting with that film’s star, Margot Robbie, for Gotham City Sirens, a feature project that will showcase the top female villains from the DC stable, The Hollywood Reporter has learned.

According to THR, Sirens will be based on the all-female character lineup featured in the 2009 DC comic book of the same name. The plot of the comic is basically Harley Quinn, Catwoman, and Poison Ivy helping each other out through miscellaneous adventures shared between the trio. All three characters are said to be featured in the film, so a more feminine approach with the movie seems to be taking place, a move that’s already begun taking place by the likes of both DC and Marvel with the latter’s Captain Marvel. It’s refreshing to see female comic book characters brought to life, so Sirens should be pretty interesting.

In addition, a separate report by THR confirms that Deadshot is also getting his own spinoff, with Will Smith in line to reprise his role from Suicide Squad. Not many details are currently known about this project, but we should learn more in the near future. Stay tuned.

With the scrappy reviews Suicide Squad received, it’s anyone’s guess as to whether a Harley Quinn spinoff will be any better. Of course, with focus pointed this time solely on Harley and her friends, reactions and opinions may be shifted (and they likely will be), but we’ll have to wait a little longer for things to develop and the news to sink in.

If any additional information hits our news desk, we’ll let you know.