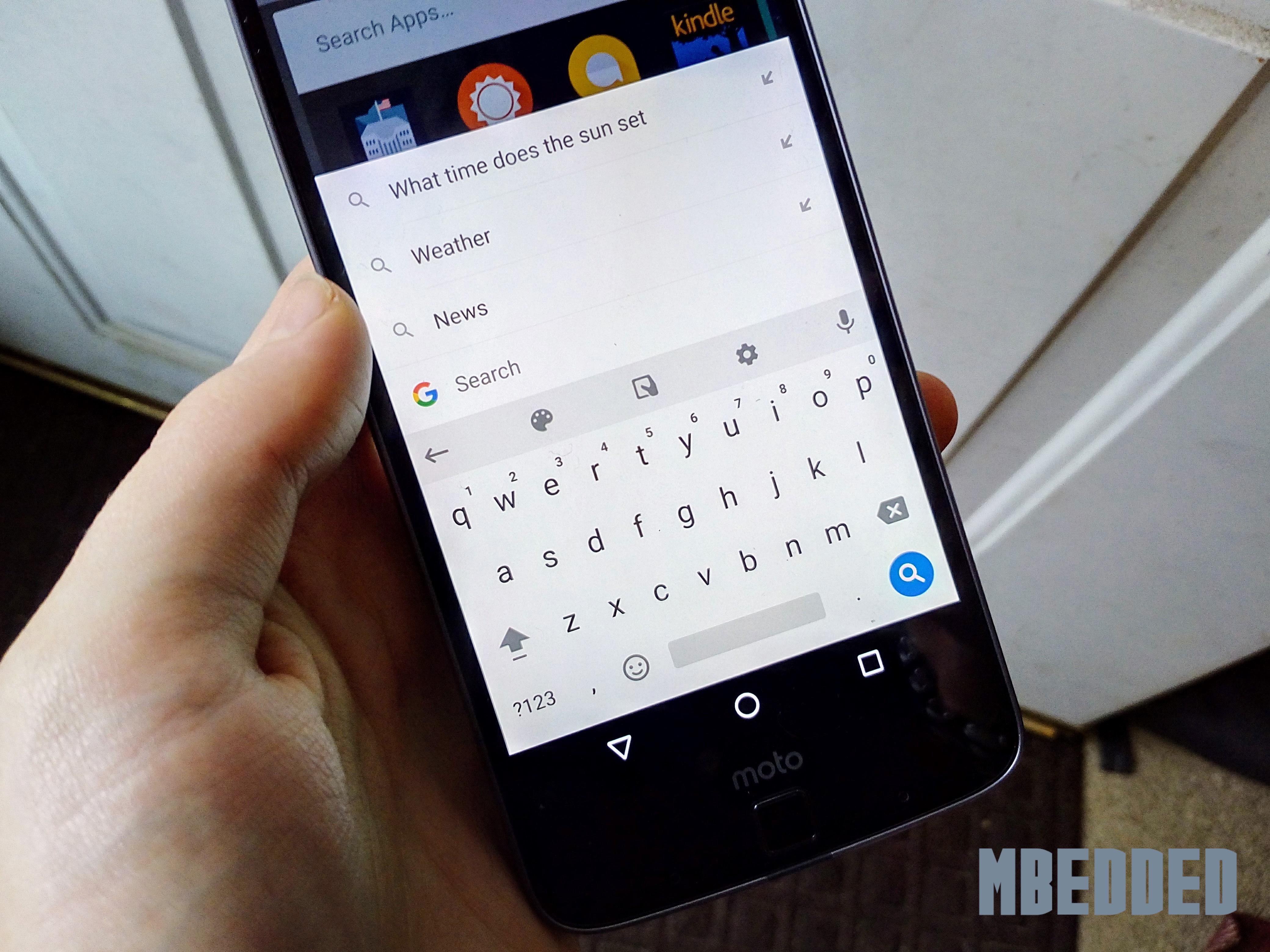 Back in May of this year, Google introduced a new third-party keyboard exclusively for iOS users called Gboard. This app allowed users to search for things online right through the keyboard and send someone a link, find the perfect GIF to share, and search for emojis to use. Sure, iOS users really appreciated Google’s efforts, but those on the company’s own platform, Android, were seemingly left out in the cold until further notice. However, in a new update for the Google Keyboard, Google renames their stock keyboard to Gboard and packs in all the features previously available on Android’s keyboard alongside everything from Gboard for iOS.

As you can see, you can now search for results and news right from within your keyboard on Android with Gboard, while GIFs are now available for everyone (not just Android 7.1 users). It’s worth noting that the only two apps currently supporting GIFs via Gboard are Google’s own Hangouts and Messenger, but this should change in the future.

In addition, users can now take advantage of two new themes previously only available on the Pixel which feature a light or dark shade and blue accents. This is accompanied by a few tweaks in the settings such as the renaming of Gesture typing to Glide typing alongside a rearrangement of the emoji selection interface. You can also now type in up to 3 different languages simultaneously.

All of these features are rolling out as a part of v6.0 of Gboard (or Google Keyboard, whatever you prefer). Right now, the update is only available in APK form via APK Mirror, however it should hit the Play Store eventually.