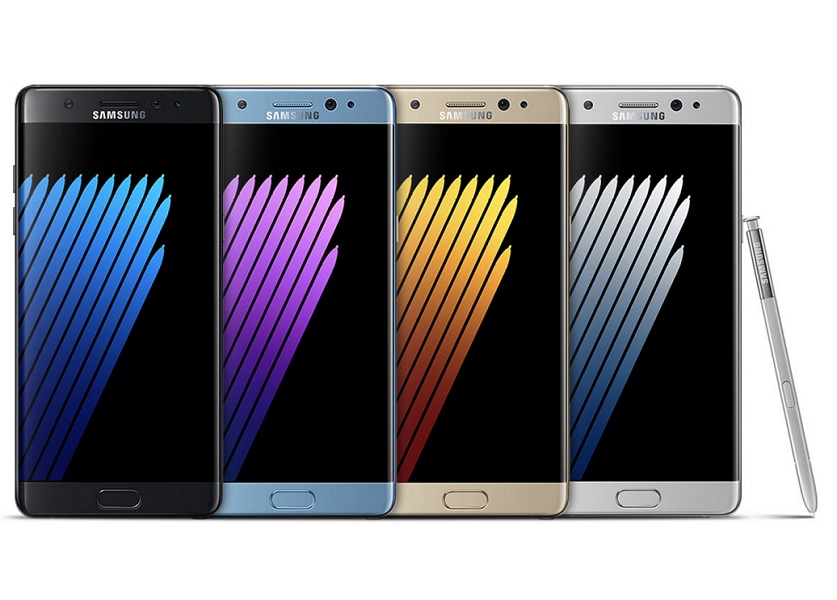 Samsung’s Bricking Everyone’s Galaxy Note 7 on Dec. 19th in the US

Recently, we got word that Samsung would begin rolling out an update for the Galaxy Note 7 to those in the UK starting December 12th which will disable all radios within the handset – everything from Wi-Fi to Bluetooth to cellular. This is already a gutsy move not many will like, but if you think that’s bad, just wait until you hear what the company has planned for us in the United States…

Via their Note 7 recall webpage, Samsung has announced the final OTA update they’ll roll out to the handset in the States which will keep the smartphone from charging and render the device completely useless. Samsung says they’ve already collected 93% of all Note 7s, so they hope this new software will convince owners of the handset to fork it up and switch to a different device.

Consumer safety remains our highest priority and we’ve had overwhelming participation in the U.S. Note7 Refund and Exchange Program so far, with more than 93 percent of all recalled Galaxy Note7 devices returned.

To further increase participation, a software update will be released starting on December 19th that will prevent U.S. Galaxy Note7 devices from charging and will eliminate their ability to work as mobile devices.

If you have not yet returned your device, you should immediately power it down and contact your carrier to obtain a refund or exchange.

Both carrier-locked and unlocked Note 7s will be receiving this update, while Samsung will be communicating with carriers to let the public know about the shutdown.

Together with our carrier partners, we will be notifying consumers through multiple touchpoints to encourage any remaining Galaxy Note7 owners to participate in the program and to take advantage of the financial incentives available.

It’s worth noting that some Note 7 users may not receive the update at the same time as others. For instance, Sprint says they’ll begin rolling out the update on January 8th after the holiday season is ended, while Verizon says they won’t roll out the update at all. The carriers’ full statements can be found below.

To drive increased participation in its U.S. Note7 Refund and Exchange Program, Samsung will release a software update beginning on January 8, 2017 that will disable all remaining Sprint Note7 devices from being able to hold a charge. This software update will eliminate the ability of these Galaxy Note7 to work as mobile devices.

In October, Samsung announced a voluntary recall of the Samsung Galaxy Note7 when it was discovered that all available devices could overheat and pose a safety risk to customers. Since that time, a vast majority of Verizon customers who purchased the Note7 have replaced their phones with other models.

Today, Samsung announced an update to the Galaxy Note7 that would stop the smartphone from charging, rendering it useless unless attached to a power charger. Verizon will not be taking part in this update because of the added risk this could pose to Galaxy Note7 users that do not have another device to switch to. We will not push a software upgrade that will eliminate the ability for the Note7 to work as a mobile device in the heart of the holiday travel season. We do not want to make it impossible to contact family, first responders or medical professionals in an emergency situation.

Verizon and Samsung have communicated the need for customers with a Note7 to immediately stop using their devices and return or exchange it where they purchased it. Verizon customers with the Note7 have several options, including an additional $100 from Samsung when purchasing one of their other devices.

At this time, it’s unclear how T-Mobile and AT&T will go about the update, but we’ll update this article when we hear more.

If for any reason you’re still using a Galaxy Note 7, MBEDDED strongly advises you to trade it in for a different device as it poses a serious safety risk. Regardless, the next update for the device will brick it anyway. Therefore, if you need help making the transition to another phone, contact us at mbedded@icloud.com or hit us up on Twitter at @MBEDDEDMaximum.