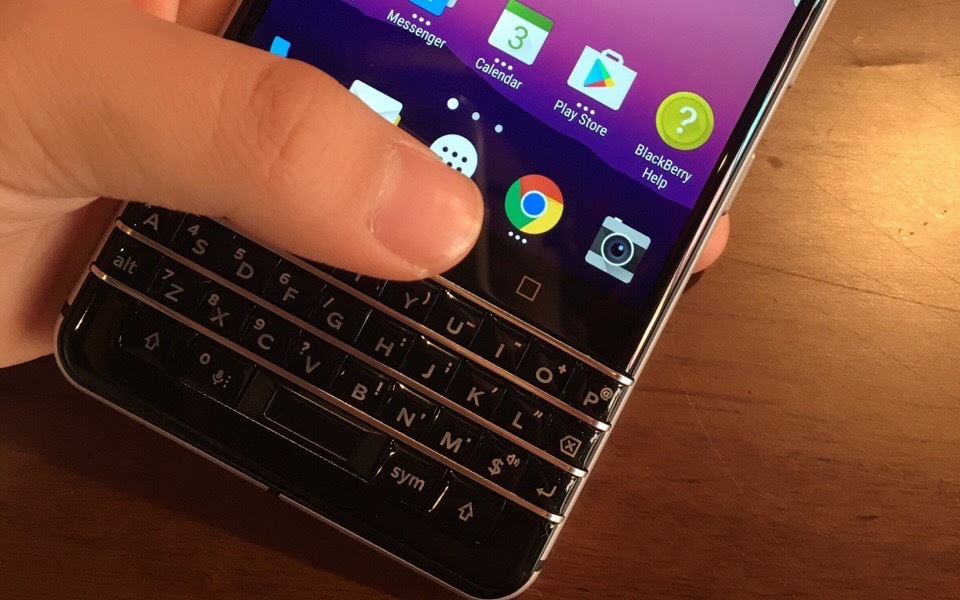 This May Be the Last BlackBerry Smartphone with a QWERTY Keyboard

BlackBerry recently announced that they’re making one more in-house smartphone before making the switch completely to third parties building and developing handsets for them that’ll include a physical QWERTY keyboard, a feature the company is known for. There’s been whispers that this device may be called the BlackBerry Mercury, but that hasn’t been confirmed. Nevertheless, in newly leaked images uploaded to Weibo, it appears that we’re getting our first look at the device and what the design and keyboard will be layed out as.

As you can see, the supposed design of the Mercury seems pretty ancient BlackBerry-reminiscent. A nearly-square 4.5-inch display is seen at top alongside a front camera, a (likely) ambient light sensor, and earpiece, while below there’s three physical capacitive navigation keys and the world-famous QWERTY keyboard. The device appears to be running Android Nougat (at least judging by the wallpaper), so it looks like BlackBerry will be shipping their last handset with the most recent version of Google’s mobile OS (thankfully).

Touching a bit more on the keyboard, another leaked image via BerryLink claims that the space bar on the bottom actually doubles as a fingerprint sensor, therefore eliminating the need for a second piece of hardware. This I find very intelligent as you won’t have to change your current hand position in order to unlock your device. 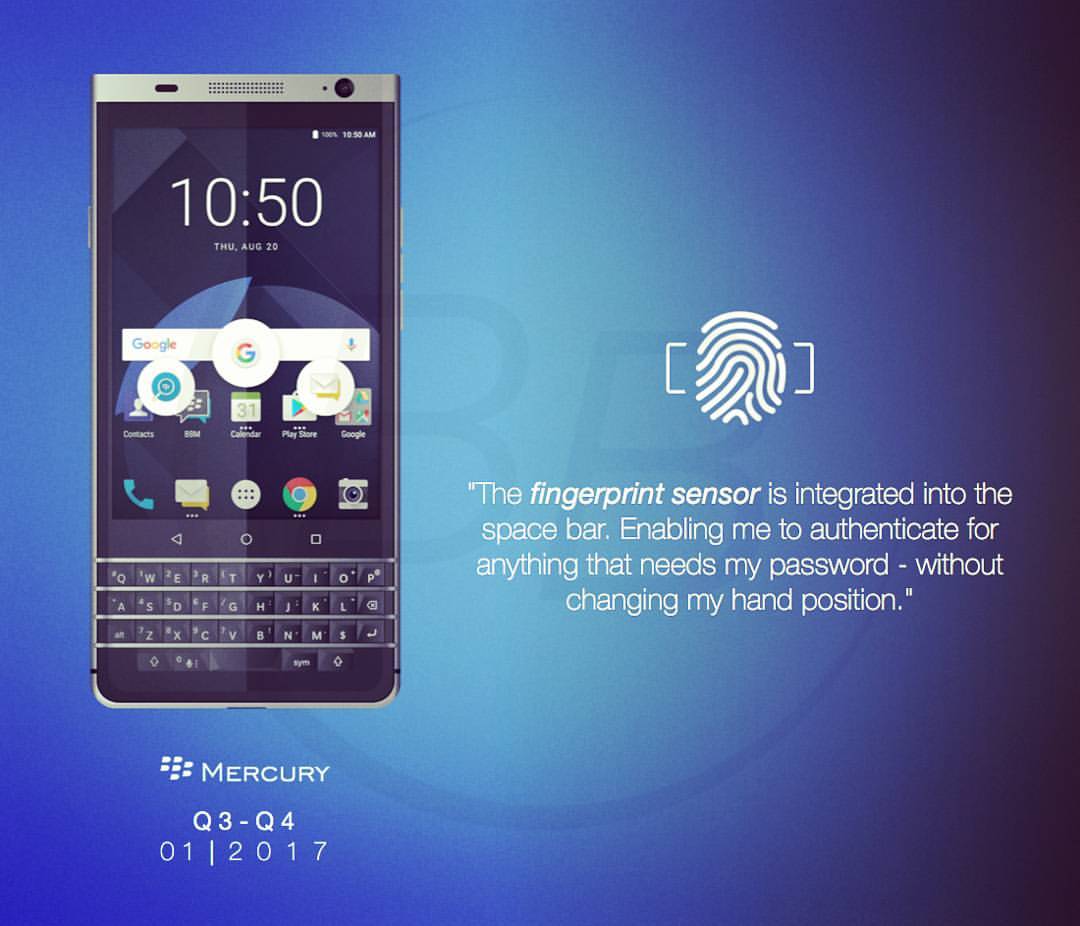 In addition, the image also says that the device is called the BlackBerry Mercury and will be released in January 2017. Other than that, however, there’s not much else to go by via these leaks.

Regarding specs, earlier Geekbench leaks which claim were taken via the BlackBerry Mercury seem to indicate that the device will feature some type of octa-core Qualcomm processor with an Adreno 506 GPU, 3GB of RAM, 32GB of storage, and a display resolution of 1620×1080. Of course, we’ll eventually learn more about the internals of the supposed Mercury, so stay tuned.

Since the publisher of these photos doesn’t have any track record regarding past BlackBerry leaks, we’ll have to take the information shared here with a grain of salt. However, if the last image is any bit accurate, we’ll see the mysterious Mercury’s official announcement as early as next month. Nevertheless, we’ve got plenty of time before 2016 is over, so hang in there.