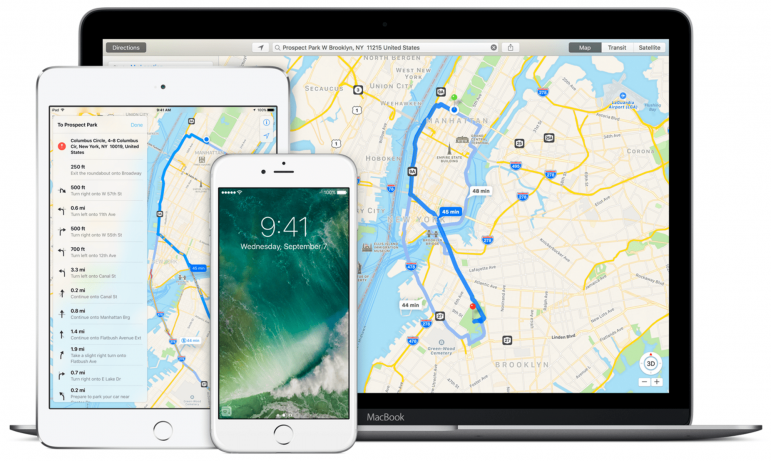 Apple is reportedly planning to expand their reach in the electronic maps industry by beginning to use drones to explore. The company appears to be trying to grow to the level of Google Maps, which still is its main rival. Reports from Bloomberg News say that Apple has been constructing a team of experts on robotics and analyzing data. Apple has reportedly brought in someone from Amazon Air, a division of Amazon whose task it is to deliver packages via drones, to join the rest of the team in Seattle.

Both Google and Apple use cars and vans with cameras on top to capture the world. The idea behind using a drone is that they can go to places that cars cannot go, like construction zones or restricted parts of natural parks. The drones are also supposed to monitor roads and locate and identify streets signs.

Not only is Apple planning to improve their maps by adding drones, but also by adding inside view to the app which will make possible for users to look inside buildings using the app. This could be used for museums or airports, making it easier to find your way in sometimes confusing locations. This feature is already offered in the Google Maps app.

According to Bloomberg News, Apple also acquired Indoor.io to help the with developing and rolling out the feature. They reportedly add assistance to help users change lanes while in a car. With that, they are also remaking parts of the app to make it better looking and easier to use while operating a car. All features are planned to be released somewhere in 2017, however nothing is currently confirmed.