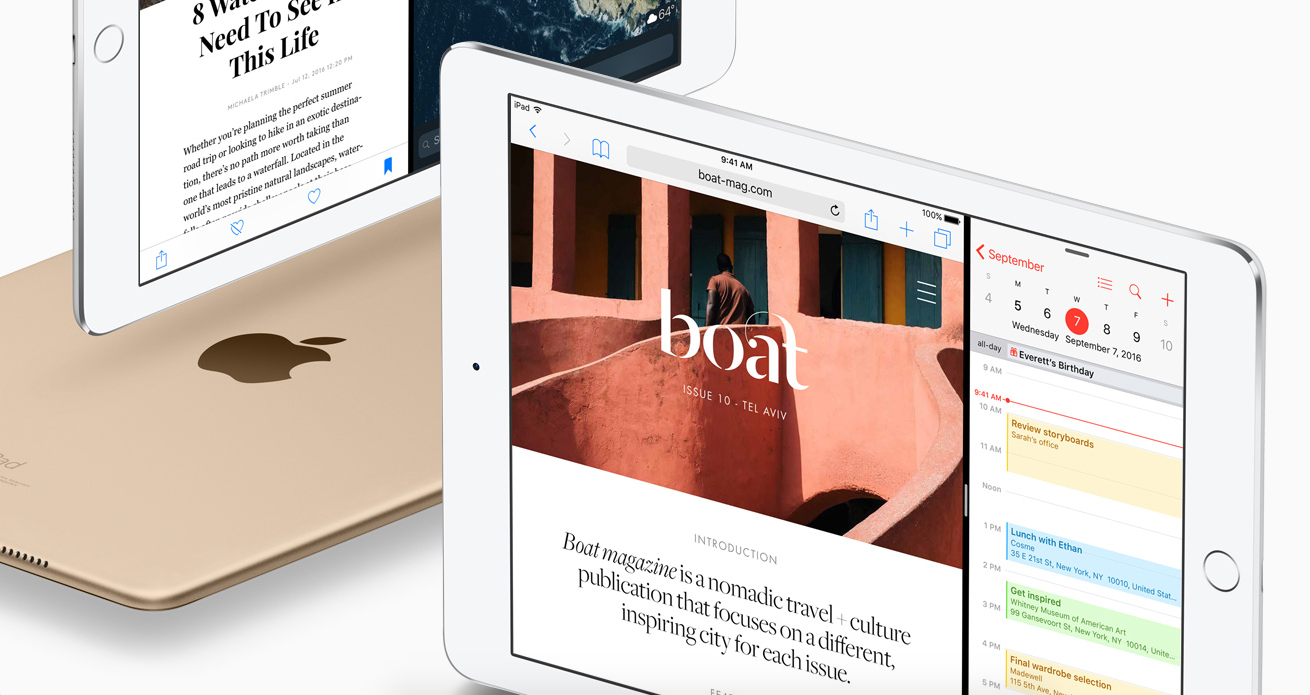 Apple may be ditching the home button on the iPad next year in favor of a near bezel-less form factor and slightly thicker design, says a new report by Macotakara and read by 9to5Mac. The report cites supply-chain ‘informed’ sources when stating this information, so in other words, this rumor comes from the same place a bunch of other ones do.

According to the information provided, the bezel containing the FaceTime camera and proximity sensor will reportedly stay on the 10.9-inch iPad, while the home button and bottom bezel will be removed and the side bezels reduced in size. In addition, the same footprint as the current 9.7-inch iPads on the market will be present with this new tablet despite it’s larger screen size.

Removing the home button from the next iPad would mark the first iOS device ever to take this action. Rather having a physical home button that clicks, a display-integrated home sensor using Force Touch may be used, similar to how the iPhone 7 and 7 Plus’ home “button” works. It’s been rumored that a change like this may take place at some point down the line, and it looks like the light at the end of the tunnel is in sight. Of course, this is just a rumor and no information is currently confirmed by Apple, so take this with a grain of salt.

Interestingly, this new reduced bezel iPad may come at a cost. Although there’s more screen relistate, it’s said that the thickness of the device may increase to 7.5mm, making it on par with the iPad Air. We’ve seen Apple increase devices’ thickness before with the iPhone 6s jumping to 7.1mm from the iPhone 6’s 6.9mm, so it wouldn’t come as a surprise. Nevertheless, it was definitely worth a note here if you’re concerned about how thick this device will ultimately become.

While we have new information on what the design of the next iPad may bring, we’re still not sure on what exactly the specs will be. However, if history is of any indication, we’ll likely see an A10X chipset inside along with likely 4GB of RAM. And to answer your question, no, OLED panels won’t be used in the iPad line until 2018 (at least according to past reports).

Would you buy a near bezel-less iPad without a home button?