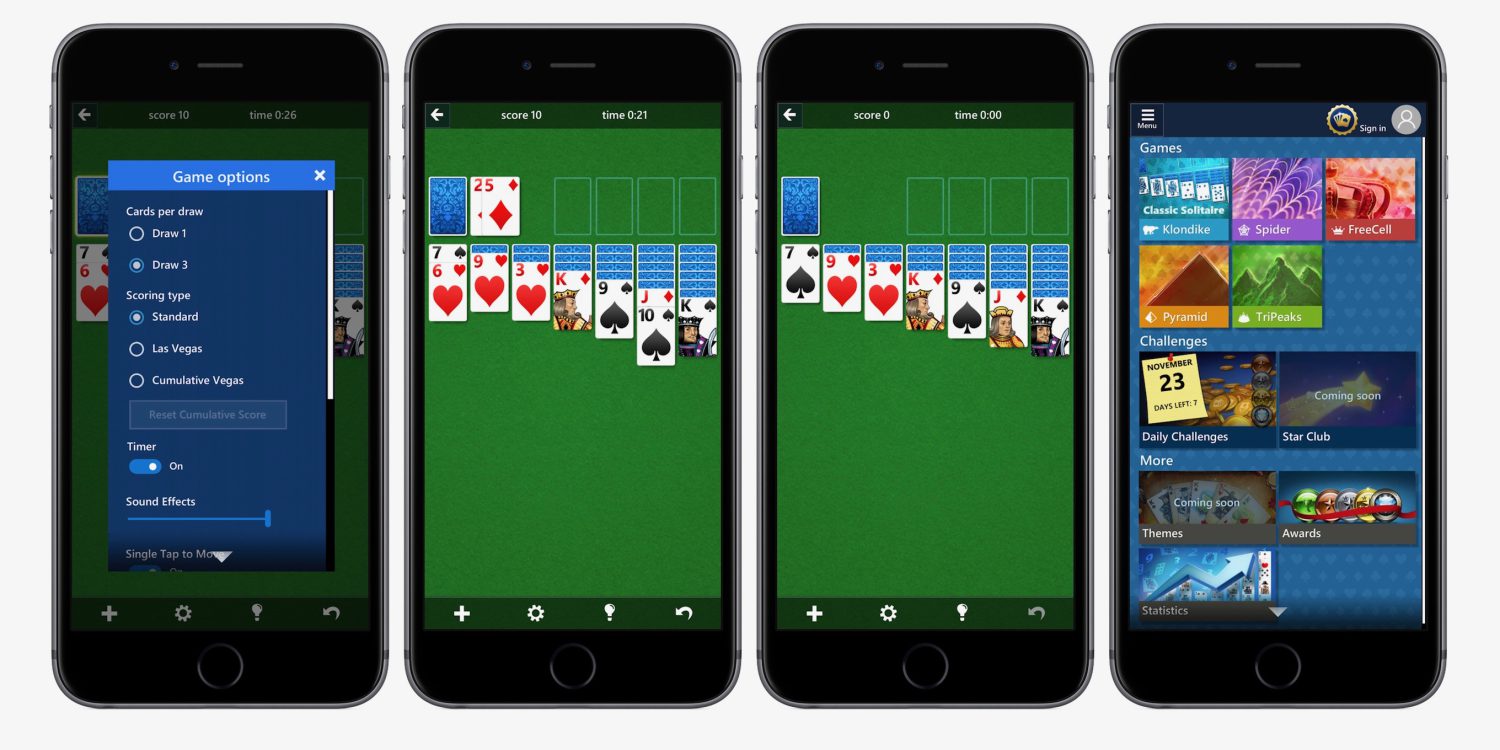 Microsoft’s PC Solitaire is Now Available for iOS and Android

If you’ve ever bought a Windows PC in your life, you’re aware of Microsoft’s world-famous Solitaire game you play while you wait for Photoshop to open. It’s that go-to game (right next to Minesweeper) everyone plays while they’re bored or need to pass some time. With the golden age of the smartphone and tablet amongst us, it would only make sense to develop something similar for friendlier handheld devices, right? Well, that’s exactly what Microsoft’s done as you can now download Solitaire from the company on iOS and Android totally free.

The interface of the app is very similar to how it appears on the PC, with a green table and the same card design being used. Five separate games are available to play (Klondike, Spider, Freecell, Tripeaks, and Pyramid), while Xbox Live integration provides users with score saving and data sharing with other players. In addition, a premium version of the Microsoft Solitaire Collection will be offered for $1.99 that gets rid of all ads in the app and gives users double the amount of coins earned through daily challenges and game boosts. Obviously, this is pretty much a 2016 version of Microsoft’s classic game, so it’ll be interesting to see how many people will actually download it and regularly use it. Plus, if you’re a die-heart Microsoft fan, you’ll probably be stunned yet excited to try it out.

You can download the Microsoft Solitaire Collection to your iOS or Android device for free from the App Store and Play Store.