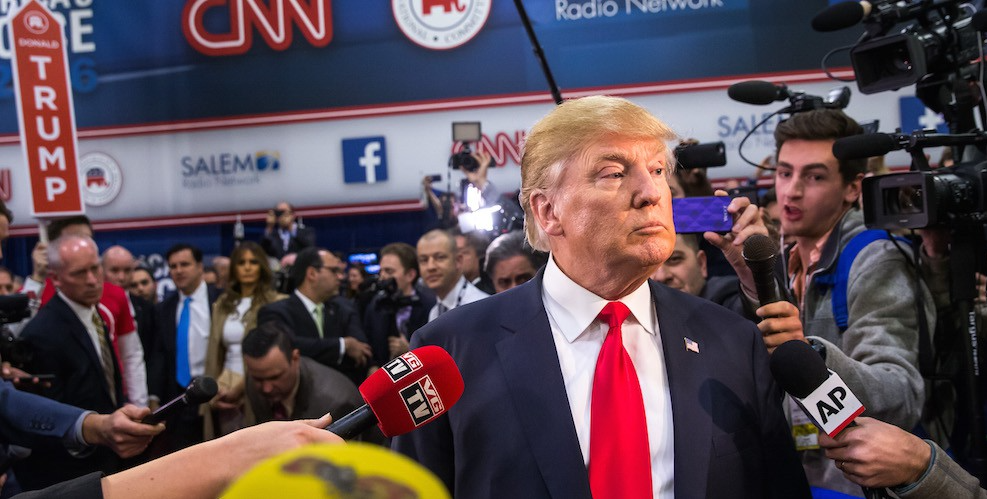 On the campaign trail, it’s all about saying stuff supporters will feed off of. Whether it be making fun of your opponent or opposing a current event, whatever it takes to get someone’s vote, you’ll likely do it. So obviously, president-elect Donal Trump tried this when he said back in October that he’d block AT&T’s current attempt to acquire Time Warner if he became president of the United States. And in case you didn’t hear, he’s been elected. But could this actually happen?

Stepping back a bit, here’s exactly what Trump had to say on the AT&T/Time Warner merger.

As an example of the power structure I’m fighting, AT&T is buying Time Warner and thus CNN, a deal we will not approve in my administration because it’s too much concentration of power in the hands of too few.

Basically, Trump is saying that AT&T is a bit too small to be responsible for all of Time Warner. This may or may not be an understatement, but it’s probably true. Time Warner owns a vast majority of popular media outlets alongside plenty of content creators from CNN, TBS, and 10% of Hulu to DC Comics, HBO, and Warner Bros. This is clearly a lot of assets, but the list doesn’t end there (a full count can be found here). So really, this may be a classic case of “your eyes are bigger than your stomach” as AT&T think they can handle all of Time Warner, however may not be able to in the end. Of course, if AT&T didn’t think they could handle all of Time Warner, they probably wouldn’t try to acquire them, hence some type of plan must be in place. Nevertheless, in the eyes of Trump, this deal ain’t happening.

But could it actually happen? Well, as noted by Recode, AT&T and Time Warner’s deal is what’s known as a “vertical merger.” In other words, the acquisition won’t change or limit consumer choice whatsoever. Therefore, in order for Trump to actually block the deal, a new antitrust doctrine would need to be introduced, however it’s unclear as to whether this would even come into play let alone the blocking of the AT&T/Time Warner merger since not everything said during a campaign are promised in the end.

“It’s just impossible to know,” Harold Feld, senior VP of consumer advocacy group Public Knowledge, told Ars today. “Trump has said a lot of contradictory things. There are things that he says that he may not have the capacity to do, but it’s impossible to know at this point how real his populist rhetoric is going to be in terms of policy.”

This statement also applies to Trump’s talks of essentially ripping apart the 5-year-old Comcast/NBCUniversal deal. Apparently, the presidential electee isn’t a fan of this acquisition either, and he wants to do something about it (at least according to his talks on the campaign trail).

Comcast’s purchase of NBC concentrated far too much power in one massive entity that is trying to tell the voters what to think and what to do. Deals like this destroy democracy and we’ll look at breaking that deal up and other deals like that. That should never, ever have been approved in the first place, they’re trying to poison the mind of the American voter.

Harsher words were used to describe Trump’s dissatisfaction with Comcast’s $5.8 billion acquisition of NBCUniversal as you can see above. Still, the question remains up in the air as to whether the next president of the USA will ever do something about it. Since Comcast’s deal back in 2011 carries the same logic as the AT&T/Time Warner deal, it’s possible that the same or another antitrust doctrine will need to be introduced.

But whether The Donald will actually take action on this will be dependant on Trump’s dedication to the movement. As per the statement by Feld above, there’s no guarantee in both these cases. Nevertheless, since Trump promised within 100 days of his first day of presidency he’d begin taking action, we don’t have much longer to wait and see whether he follows up on his vows or lets them slip through his fingers.

For more on Trump’s talks of ex-ing out these huge acquisitions when he becomes president, check out the source links below.