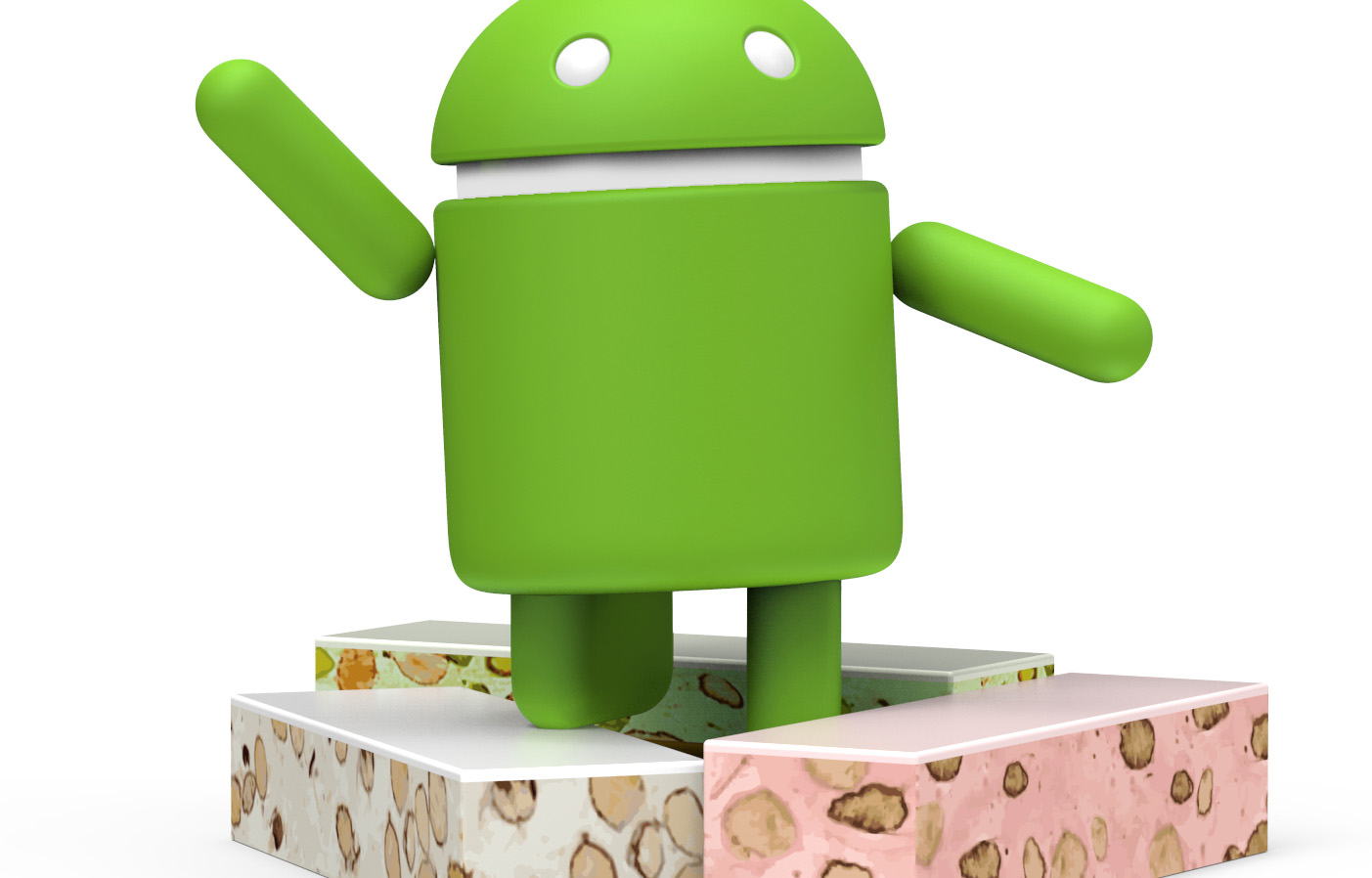 Android Nougat is Currently on 0.3% of All Devices

Google has updated their Android status numbers for the month of November (following the roll out of the latest security patches), and for the first time we get to see how Nougat’s performing. For some odd reason in October, the company didn’t update their numbers and debut them to the public, but it’s probably due to them preparing for the initial roll out of Android 7.0. Nevertheless, they’re here now, and below is the full chart. 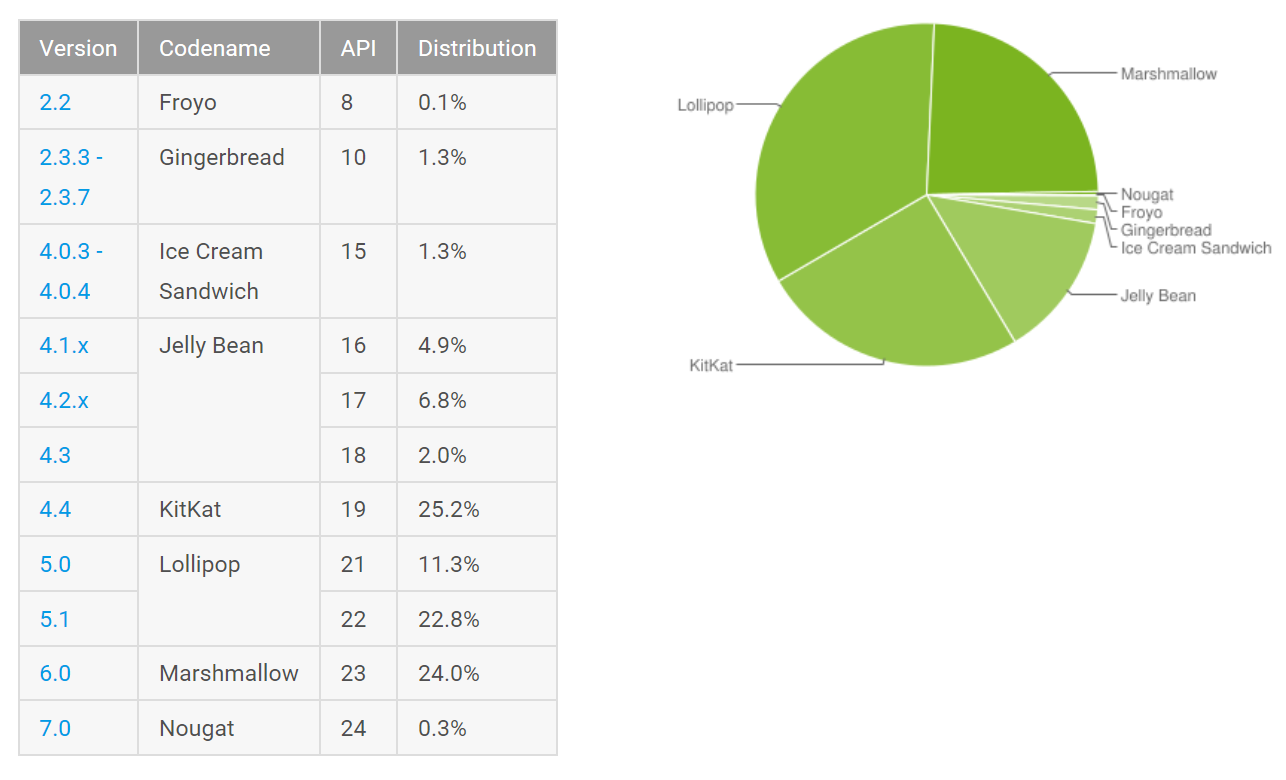 As you can see, Android Nougat is currently loaded on 0.3% of all Android devices. For around six weeks time, this isn’t too shabby. The numbers are likely aided by the initial buyers of the Google Pixel which come preloaded with Nougat 7.1, but it’s nevertheless a nice change to see the latest version of Google’s OS climb this quickly.

One version of Android that’s still climbing at a slow rate is Marshmallow. Since the day it launched, Marshmallow hasn’t really seen any significant jump in percentage on this chart, and this month is no exception. Currently, Android 6.0 is on 24% of devices, a number that probably doesn’t mean anything to anyone anymore at this point. To put that in prospective, Android Lollipop, a two-year old operating system, is on 34.1% of devices.

For your reference, KitKat is on 25.5% of devices (1.5% more than Marshmallow, by the way), Jelly Bean is on 13.7%, Ice Cream Sandwich is on 1.3%, Gingerbread is on 1.3%, and Froyo stubbornly remains on 0.1%. All in all, this month’s numbers shouldn’t come as a shock to anyone who have been following Android’s growth over the last year or so.