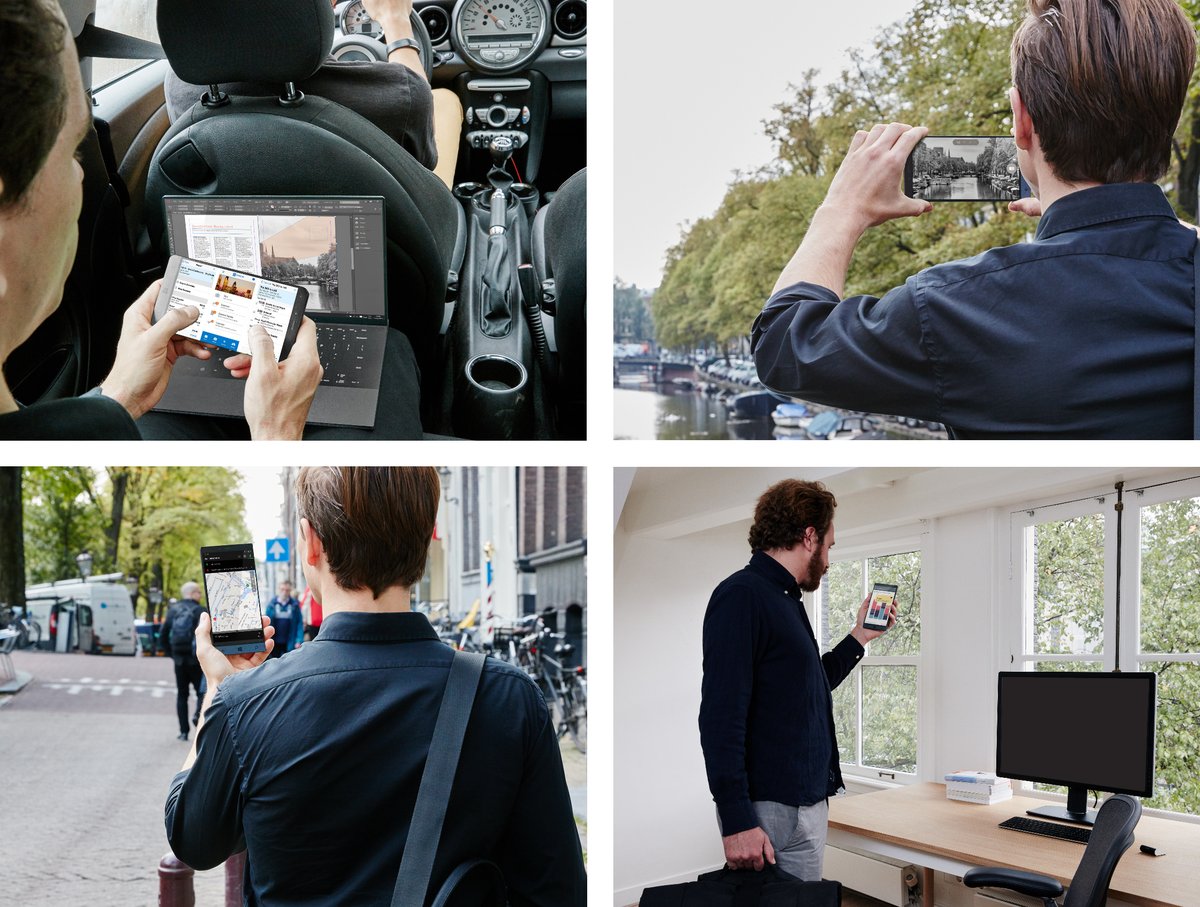 There’s been no lack of talks about a possible Surface-branded smartphone from Microsoft eventually coming to market. It’s probably every Windows 10 Mobile fan’s dream and would likely sell much better than the Lumia offerings from years past. However, there’s so far almost been no sight of such a device from MS themselves other than renders made by eager enthusiasts. Nevertheless, fans haven’t given up hope yet, and it looks like their waiting may be almost over as renders of a possible Surface phone have surfaced by a leaker with an excellent reputation for ‘announcing’ products before their appropriate companies do so. This leaker goes by the username of @evleaks, and his name is Even Blass.

Powered by a laptop-class Intel processor, would this have blown your mind? pic.twitter.com/0n2yZPvU65

Even though Blass doesn’t explicitly say the Surface phone, it’s pretty clear that the device leaked here is some type of slim handset with USB-C, Windows 10 Mobile, and possibly a “laptop-class Intel processor.” This surely sounds like a Microsoft-built device (at least to me), but there’s no confirmation here. However, we can say (at least according to Blass) that this isn’t some kind of concept art.

.@tomwarren Much more than just a concept. Stay tuned. pic.twitter.com/KmPYCPyGV4

As you can see, it looks like promotional images for this mystery device have also leaked, giving us a first look at what the could-be Surface phone will appear as in the real world. This gives further indication that this handset may become confirmed at some point in the future. But as aforementioned by Blass, I guess we’ll have to “stay tuned.”

All in all, these leaks bestow new confidence in those looking forward to a Microsoft-built Surface-branded smartphone that may one day make an official debut. While it doesn’t seem likely a late 2016 unveiling will take place, we may see something in the first half of 2017. However, we still advise you to take the information shared here with a grain of salt as there’s no confirmation whatsoever that this could be a possible peak at the upcoming Surface phone. That said, with Blass’ track record and reliability when it comes to leaks of this kind, we may get a Surface phone sooner rather than later.