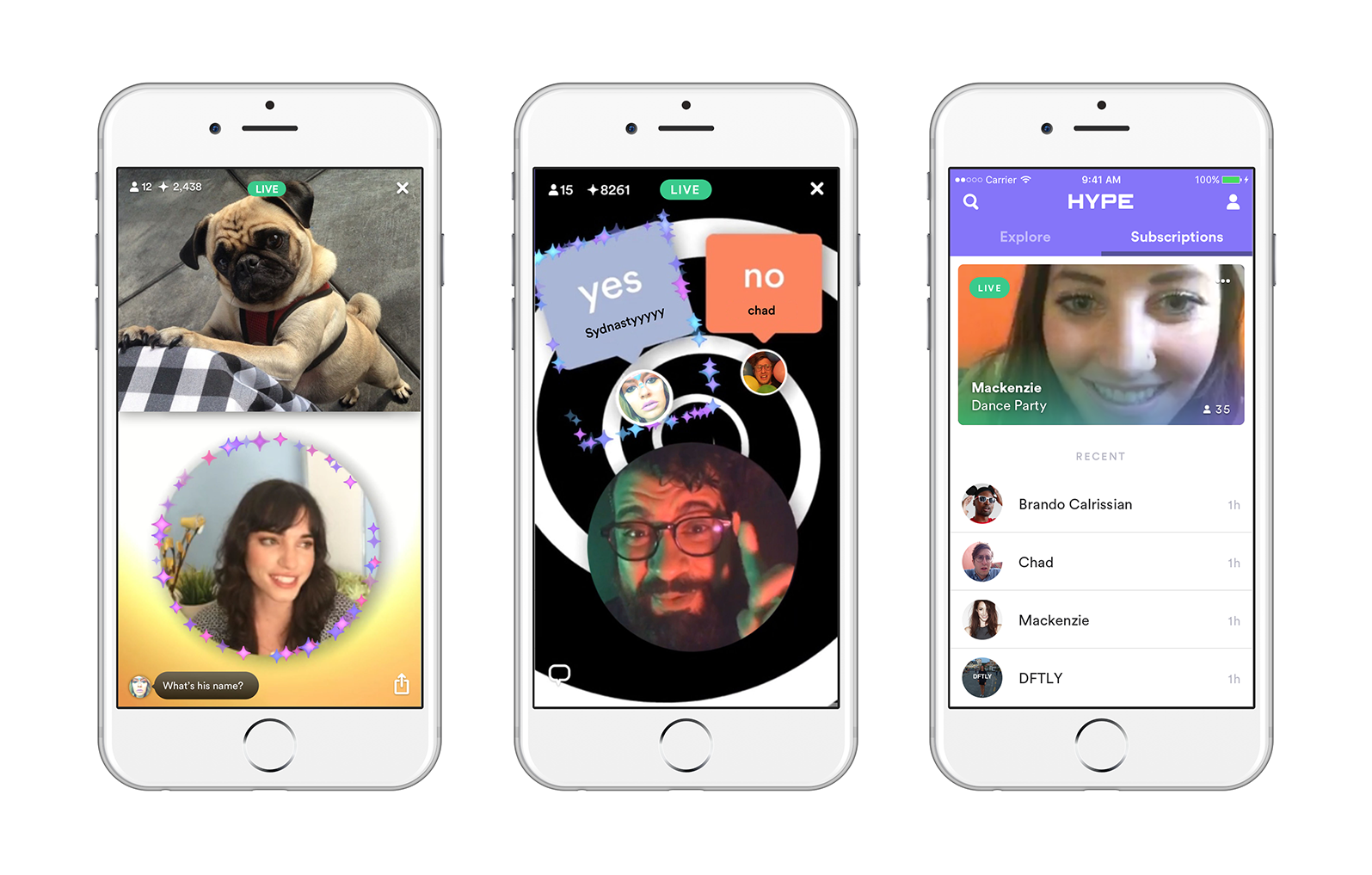 If you’ve been upset about the shut-down of Vine, your suffering may be over. The creators behind Vine, Colin Kroll and Rus Yusupov, have developed a new app called Hype that allows users to live stream themselves over the internet. We’ve, of course, already seen this thanks to Periscope and Facebook Live, but Hype’s take on the whole “live stream yourself” idea is pretty different… 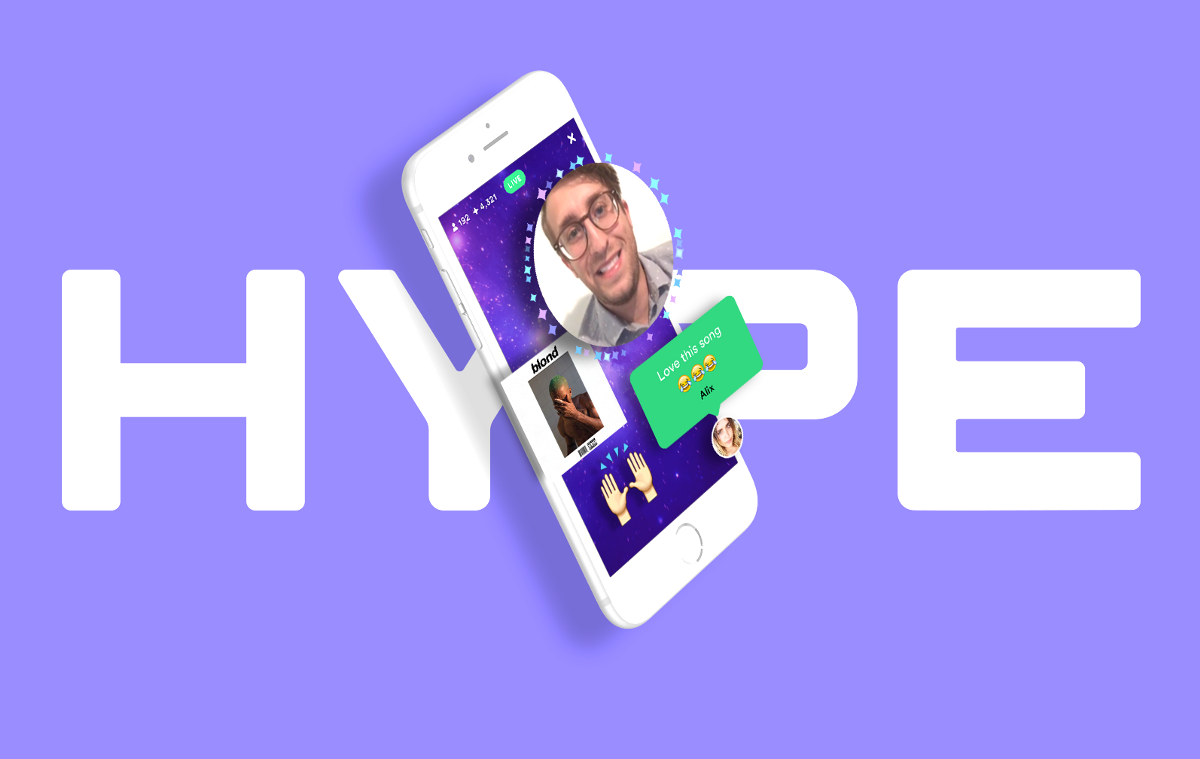 For starters, users can upload GIFs, pictures, and videos to display during their live stream. This is already way beyond Periscope’s capabilities, but it doesn’t stop there. Users can also make their stream of themselves appear full screen, within a frame, or not at all to create a larger focus on other content such as the media previously mentioned. You’re also able to take polls, ask questions, pin comments, and more during their broadcast to create a more interactive enviorment. Oh, and instead of sending “hearts,” viewers can send “sparkles” to the broadcaster. Just another way for Hype to differentiate itself from the rest. 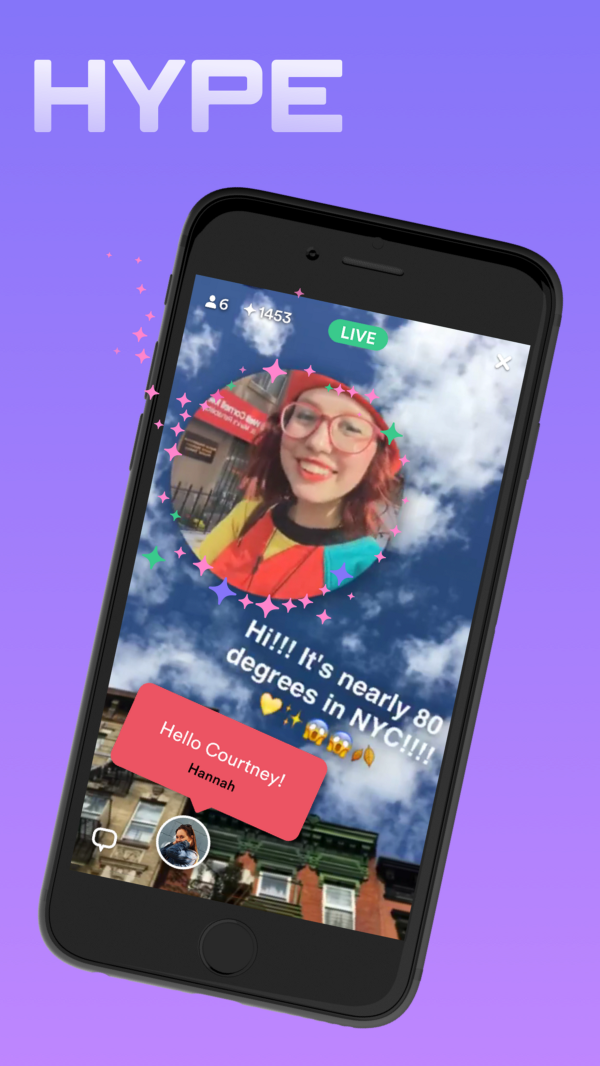 Obviously, Hype’s goal is to create a much more immersive and interactive experience while broadcasting when compared to Periscope. With the latter, you simply hit the go live button, punch in a title, and you’re live. With the former, things are a bit different but are probably better for those of you wanting more from the latter. Overall, I can totally see people like YouTubers or celebrities using this app as a way to communicate with their fans. Heck, I’d probably also use it to make crazy-looking broadcasts for all you readers.

Currently, Hype is only available on iOS, however the developers say an Android version is in the works. In the mean time, download Hype to your iPhone here.