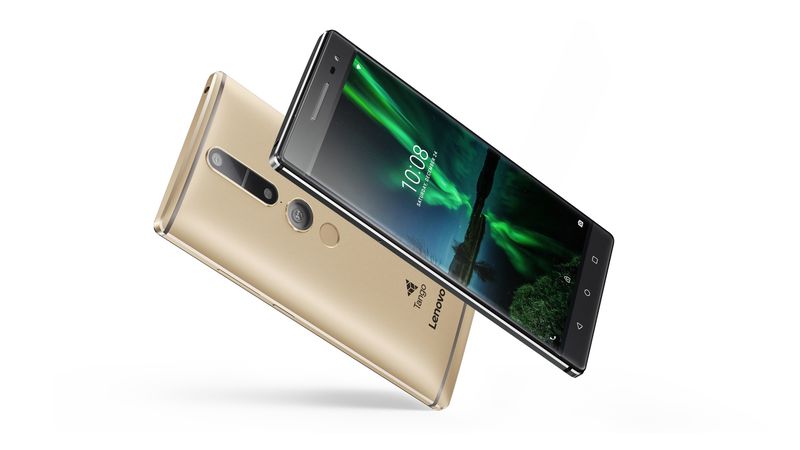 Touching on the latter feature a bit more, Google’s Tango uses a special camera array on the back of the PHAB2 Pro to make animated objects seem as if they’re actually where they appear on the phone screen in real life. It’s a rather interesting feature I highly recommend reading up on. Therefore, check out this page for more info. Additionally, watch this video.

Regarding the specs, the PHAB2 Pro sports a 6.4-inch QHD display, a special edition octa-core Snapdragon 652 processor, 4GB of RAM, a 4050mAh battery, a 16MP primary wide-angle camera which features OIS and 4K video capture meant for snapping pics, a motion tracking camera for recording different movements the device makes to make the AR experience more immersive, and a depth camera which can measure three-dimensional objects and remember what goes where in its field of view, Dolby Atmos audio, 32GB of storage, and Android Marshmallow. Overall, these are pretty decent specs for a phone of this kind. Of course, it would’ve been nice to see the Snapdragon 820 make it’s way into this handset to offer some extra speed for the AR experience, but I’ll assume the 652’s fine.

Price wise, the PHAB2 Pro only costs $499.99 and can be bought on Lenovo’s website. In addition, customers will also be able to soon purchase the device from various Lowe’s home improvement locations as well, however specifics regarding the time frame of release aren’t known. Nevertheless, expect this option soon.

It’s worth noting that this news breaks the same day Google launches their Tango platform. This move is to make plenty of content accessible to early buyers of the PHAB2 Pro and any other smartphone that comes out on the market and supports the AR technology. If we managed to get our hands on Tango-enabled hardware, we’ll be sure to let you know.