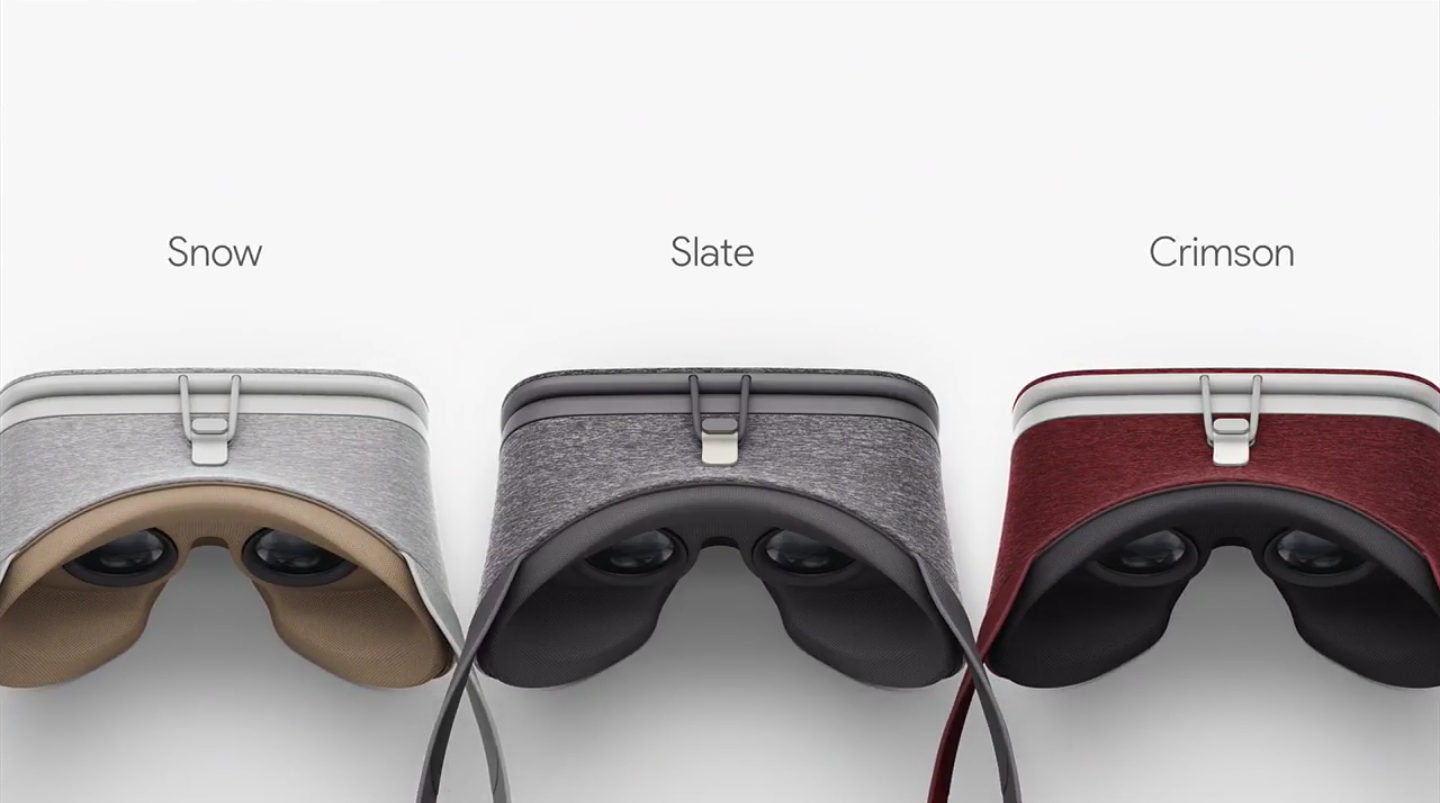 Google has announced that as of November 10th, customers will be able to pick up a Daydream View VR headset, an accessory first teased at I/O 2016 and unveiled at the company’s October 4th event alongside the Pixel and Pixel XL. This headset grants users the ability to view and interact with Daydream content using a Daydream-compatible smartphone, with Google’s two Pixel phones being the first devices to support the technology. For reference, if you preordered a Pixel or Pixel XL, you’re entitled to a free Daydream View. Check your email for the code.

Last month, we announced Daydream View, a comfortable and easy-to-use virtual reality headset and controller powered by any Daydream-ready phone. It will be available November 10th on the Google Store and at retailers across five countries.

Those five countries (alongside their appropriate pricing) include:

At launch, Slate will be the only color option available, while those of you wanting the Snow or Crimson shades will have to wait a little while. Each Daydream View comes with a remote control to further interact with VR content in order to play games, watch movies, and consume media.

Speaking of games and movies, Google has also unveiled a full list of titles with Daydream compatibility that are launching for use with the View headset. You can view the full list below.

All of these titles and more will begin rolling out over the coming weeks, so be sure to stay on the lookout.

If more information about the Daydream View surfaces, we’ll follow up.