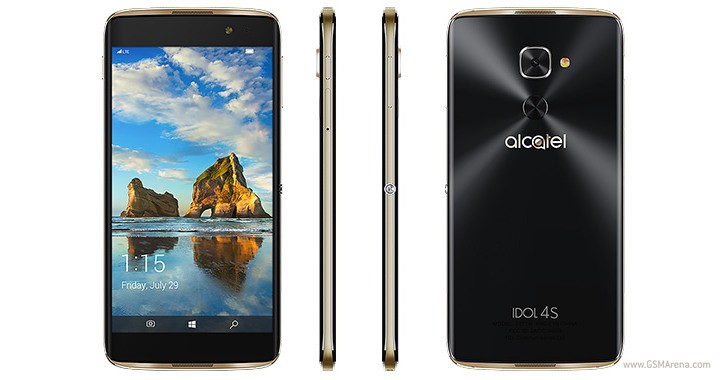 There’s been a lot of hype surrounding Alcatel’s upcoming offering in the world of Windows 10 Mobile phones. In a nutshell, this handset is an Idol 4S, one of the hottest Android phones on the market today, loaded with WXM instead of Google’s mobile offering. There’s high-end specs that’ll please anyone and a decent design to make itself unique enough to stand out a bit. We haven’t gotten any official details as of yet about the device, but according to Windows Central, it’s release date is reportedly November 10th exclusively on T-Mobile.

We can now confirm that the Idols 4S launches with T-Mobile (US) on Thursday, November 10.

The publication goes on to say that the Alcatel Idol 4S with Windows 10 Mobile will cost just $469, a price not common with the type of specs loaded into this guy.

While the phone will be offered in retail, web, care, and telesales the phone can be bought outright for $469.99.

For reference, hers’a rundown of the Idol 4S’ specs.

As you can see, these specifications are flagship-level, leading to the conclusion that the $469 price tag is likely false. Of course, we don’t know for sure it’s legit, but it’s probably not wrong either. Alcatel, like many others, tends to release phones with nice, speedy specs at low- or mid-range prices. This seems to be the case with their souped up Idol 4S with Windows 10 Mobile. Therefore, I can totally see this entire report resulting in pure accuracy come November 10th.

The Idol 4S marks the second Windows 10-powered smartphone to include a Snapdragon 820. The first, HP‘s Elite x3, is a business-focused flagship that costs $699, over $200 more than the reported Idol 4S. With a smartphone like Alcatel’s upcoming model on the market, it may be a struggle to get consumers to use HP’s offering, but this shouldn’t be of any concern to Hewlett-Packard since they’re targeting businesses and enterprise anyway with their latest handset.

It’s worth noting that Windows Central also says buyers should expect a bundled VR headset for use with the Idol 4S, but there’s currently no word on what type of content will be available for interaction. We’ll, of course, let you know if new information becomes available.