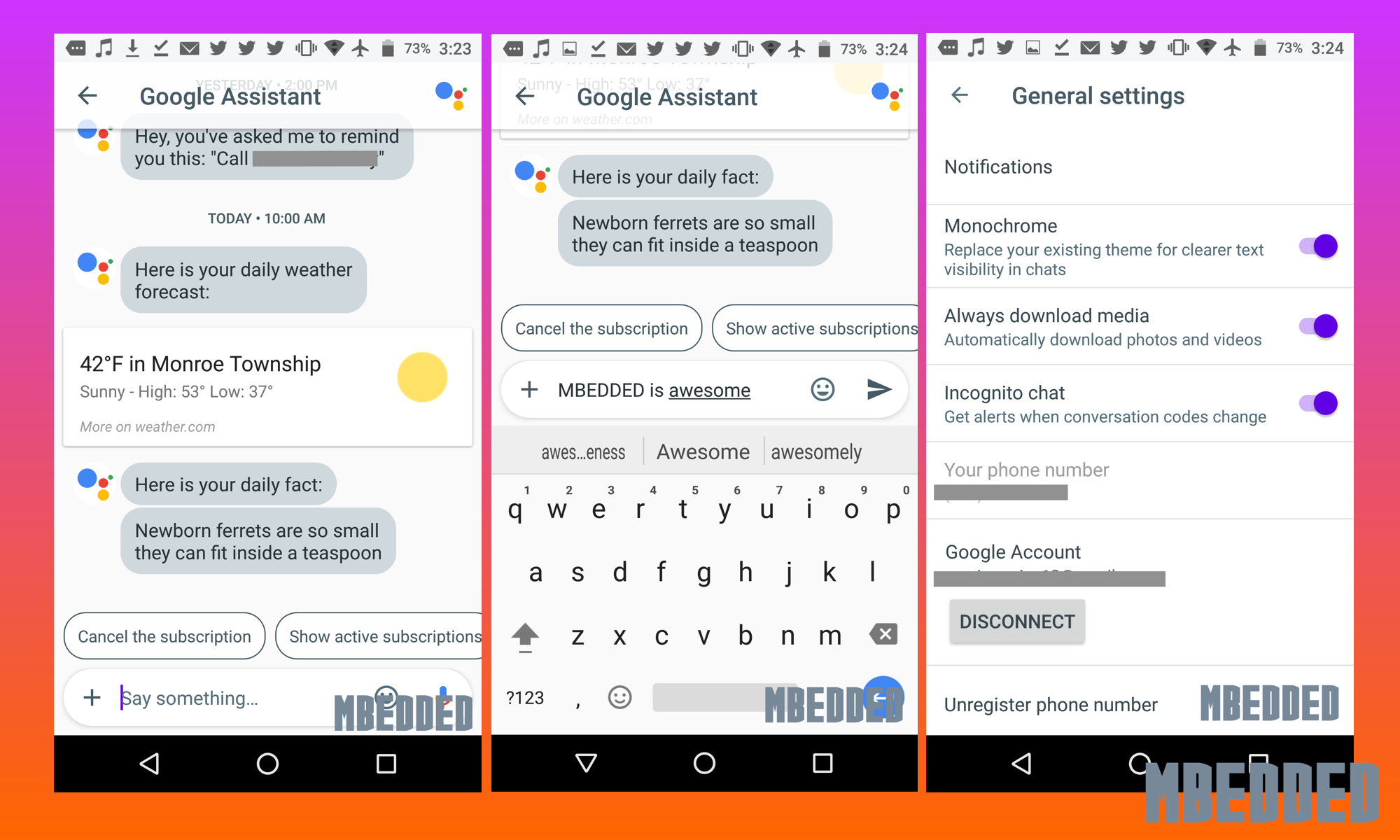 Today Google released one of the first updates to their messaging app Allo, bringing the software up to version 2.0. This update brings some new features for Android Nougat users alongside those of you who are suckers for UI tweaking.

First off, users of Nougat can now use Direct Reply to quickly message back those in contact. Some may say this feature should’ve been implemented from day one, but better late than never. Second, users can now use the built-in split screen functionality with Allo to have a window dedicated to the Google Assistant-enabled messaging service and any other app of their choice open at the same time. Surely, many will use this feature if they’re die-hard multitaskers, so kudos, Google. You did good.

For those of you not on Nougat (like myself) or are running iOS, there is a new setting you can flick on and off if you like tweaking apps’ UI. By going into the settings section of Allo, you can turn on an option called Monochrome to make the text in the messages UI to be more prominent. Rather having all the fancy blues and yellows around, you can have a more stealthy, plain black and white UI that many may prefer over the default look. At the time, I’m really undecided on which one I prefer, but I’m leaning towards the black and white appearance.

Google Allo v2.0 definitely packs some heat, but unfortunately not everything users want is here yet. For example, SMS support is still absent. It’s unclear when/if this feature will ever make it to Allo, but we’ll let you know when that time comes.

This update is currently rolling out over the air via the Play Store and App Store for iOS users, but if you’re anxious, download the APK here.

Update 10-26-2016, 9:55PM: Justin Uberti, the technical lead behind both Allo and Duo, today tweeted out a full list of changes in v2.0 of the messaging app, with some we didn’t note here originally. You can view the changes below.