It’s Official: Apple’s Next Keynote is Scheduled for Oct. 27th, New Macs in the Cards

Whelp, as if we didn’t already know it was happening, Apple has officially announced that their next keynote is scheduled for October 27th. Dubbed “hello again,” it’s more than likely the company will be refreshing their Mac lineup with some additions and removals. 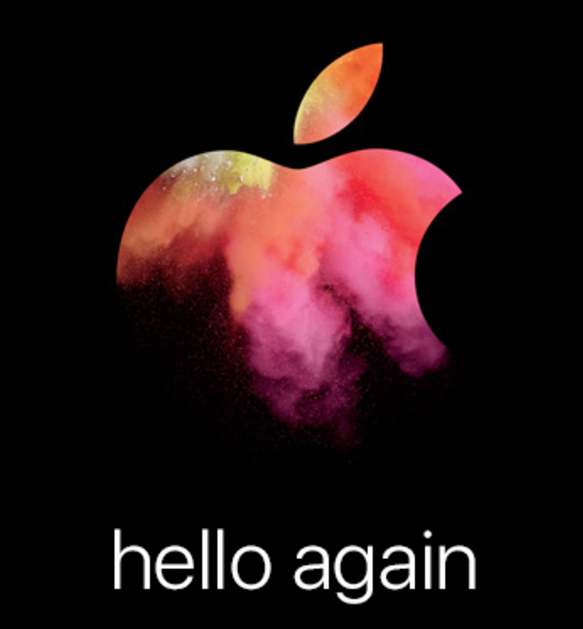 First off, we’re expecting a new MacBook Pro lineup in 13-inch and 15-inch screen sizes. An OLED touch bar which will replace the Function keys on the keyboard will be present, while a Touch ID sensor and slimmer design will accompany the new feature that’ll allow access to quick or frequently used shortcuts with the touch of a finger. IO wise, we’re expecting USB-C to be all over these machines alongside Thunderbolt 3 and no MagSafe.

Next up, it’s possible a new Thunderbolt display-type monitor may also debut at this event. Back when Apple discontinued their one and only display, the future of the company’s lineup of monitors was questioned. However, we may see something like a 5K monitor come out of a potential partnership between them and another company such as LG, but at the moment this is still up in the air. Nevertheless, if we see something that hasn’t been highly rumored at this keynote, this will probably be it.

Finally, the discontinuation of the 11-inch MacBook Air is also expected to result from this event. Why you may ask? It’s been reported that Apple wants to shift their focus to the bigger 13-inch Air and give more attention to the 12-inch MacBook. Besides, with an 11-inch and 12-inch form factor on the market at the same time, things can get a little clustered and not very organized. Therefore, I think we can definitely see this change arrive.

Overall, this event should be pretty interesting. Apple will host the keynote in Cupertino right on campus. It’s likely this will be the last event held at this location before the company’s Campus 2 opens next year. 10AM PT/1PM ET is the time of the keynote, while those of you who wish to watch it can do so here on an iPhone, iPad, iPod touch, Mac, or Apple TV. Be sure to stay tuned to MBEDDED for all the news from the event!