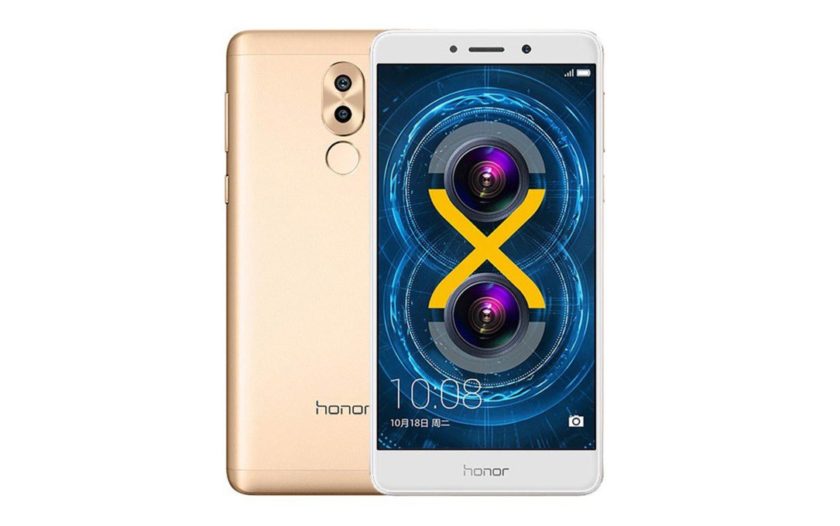 Huawei’s sub-brand Honor has always provided users with bang-for-your-buck solutions in the smartphone market, and the sequel to the ever-so-popular 5X handset is no exception. Called the Honor 6X, this handset sports plenty of decent specifications that’ll make the phone feel twice or three times its price.

For starters, there’s a 5.5-inch Full HD display on the front that’s covered in 2.5D curved glass. Already this is pretty attractive, but it doesn’t stop there. Inside, a Kirin 655 processor is present alongside 32GB of storage and 3GB of RAM, a 3340mAh battery, microSD card support, a dual-camera setup with one sensor weighing in at 12MP and the other at 2MP, a front facing 8MP camera, Android 6.0 Marshmallow out of the box with a future upgrade to Android Nougat planned, and a 3.5mm headphone jack. Surrounding these internals is a metal body that sports metal sides for a cool touch to the hand. In addition, a rear-mounted fingerprint sensor is present, something not commonly found in phone’s within this price range.

Speaking of the price range, the Honor 6X will go on sale in China first starting at ¥999 (around $150 USD). This is really cheap for a handset with these qualities. In addition, a second model will be sold that upgrades the storage and RAM count to 64GB and 4GB respectively. This will cost ¥1299 (roughly $190) which isn’t bad at all either. All in all, you’re getting great value for the money paid (you know, at least on paper).

At this time, we have no idea as to whether the Honor 6X will make it to the US or other territories, but we expect that Huawei will push this handset out to other parts of the world at some point so stay tuned.