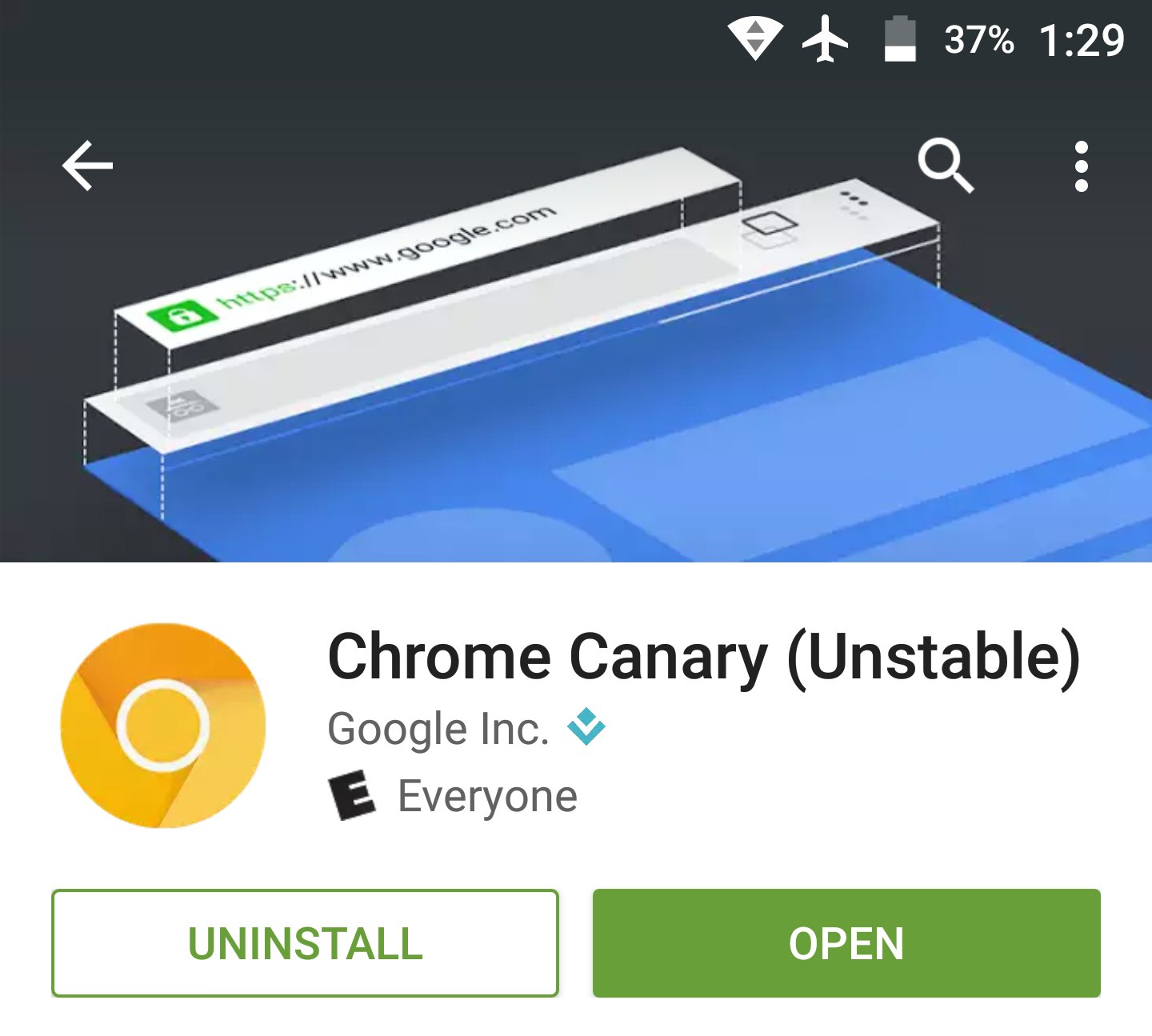 Google likes users to test their stuff before it comes out, especially software. And Chrome is the perfect example. On the desktop, there’s a stable, public Chrome channel that gets new features when they’re finalized, and there’s an unstable/beta Canary channel that’ll give users access to the bleeding edge of features straight from Google before they’re ready for the rest of the world. On Android, there’s a public version of the browser that gets updates whenever, a beta version that gets new features early, and a developer version that gets new features first. However, there’s never been a way to get the latest and greatest as soon as Canary on the desktop on Android devices. But now, there is thanks to the new Chrome Canary app.

On the Play Store, anyone can download and begin testing the Canary channel of Chrome right on their Android tablet or smartphone. You don’t need a developer account or register for something you don’t even know about. All you need to do is tap “Install” and you’re good to go. And yes, you’ll be on the bleeding edge of new features and tweaks. However, there are some things to note first…

For starters, Google states that Chrome Canary is really unstable (hence its official title, “Chrome Canary (Unstable)”) and that only developers and advanced users should test it out. Second, bugs are bound to be everywhere, so beware. Third, updates to Chrome Canary will arrive each weekday from Google that may cause your data usage to increase or possibly sky-rocket depending on how big the update is. Finally, if you do download the app regardless, you’re asked to send feedback through “Help & Feedback” in order to provide Google with information on what it’s like to use. So basically, only if you promise to give feedback and you’re okay with bugs and constant updates, you’re qualified to download Chrome Canary.

At the time of writing this article, version 56 is the current state of Chrome Canary for Android, while nothing notable except the yellow icon are present change-wise. If you’d like to try out Chrome Canary for yourself, click here.