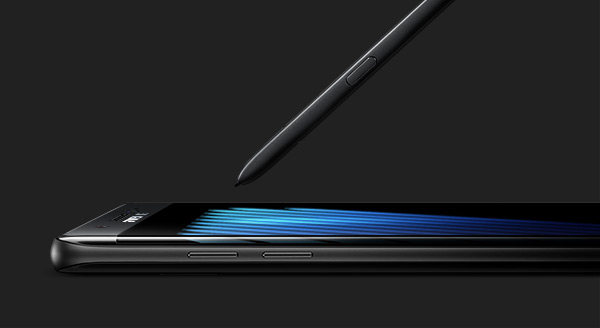 The Galaxy Note 7 is Now Banned from All US Airlines

The US Department of Transportation alongside the FAA have announced that as of 12PM ET today, owners of Samsung’s Galaxy Note 7 handset is entirely banned from all US airlines. This comes at the time when Samsung themselves along with the CPSC began recalling the handset while a unit of the phone recently burst into flames on a grounded Southwest plane. Hence, it seems obvious for the DOT to ban the device as consumer safety appears to be a major priority for them.

A statement from the DOT states that even though this ban will cause an inconvenience for some, passenger’s safety comes first.

“We recognize that banning these phones from airlines will inconvenience some passengers, but the safety of all those aboard an aircraft must take priority,” said Transportation Secretary Anthony Foxx. “We are taking this additional step because even one fire incident inflight poses a high risk of severe personal injury and puts many lives at risk.”

Some may think that by simply powering down their Note 7 flight attendants will allow them to have it during the flight, however this is incorrect. At checkpoint, you’ll be asked whether you have a Note 7. If you do, you’ll be directed to leave the checkpoint and return without the device which will then be in possession of the airline until further notice. Bags will also be checked for the handset, and if found, the same procedure will take place.

A Samsung representative sent a statement to The Verge which shares the company’s important recommendation of returning the Note 7 to the place of purchase since it emits such a high safety risk.

“Samsung, together with carriers, is working to communicate the U.S. Department of Transportation’s new order to ban all Galaxy Note7 devices in carry-on and checked baggage on flights,” said a Samsung representative in an emailed statement to The Verge. “We have encouraged airlines to issue similar communications directly to their passengers. Any Galaxy Note7 owner should visit their carrier and retail store to participate in the U.S. Note7 Refund and Exchange Program now. We realize this is an inconvenience but your safety has to remain our top priority.”

So how will Samsung get the word about this new ban? Well, other than local and national news outlets covering it, the company will send a text message out to users of the device in order to warn them that any flight they take will not allow them to bring their Note 7 along. It remains unclear what this message will say, but expect the text to arrive on your device very soon.

The DOT has published some guidelines on what air travelers should know before boarding a flight with a Note 7. You can view them here.

For more on the tragedy that is the Note 7, click here.