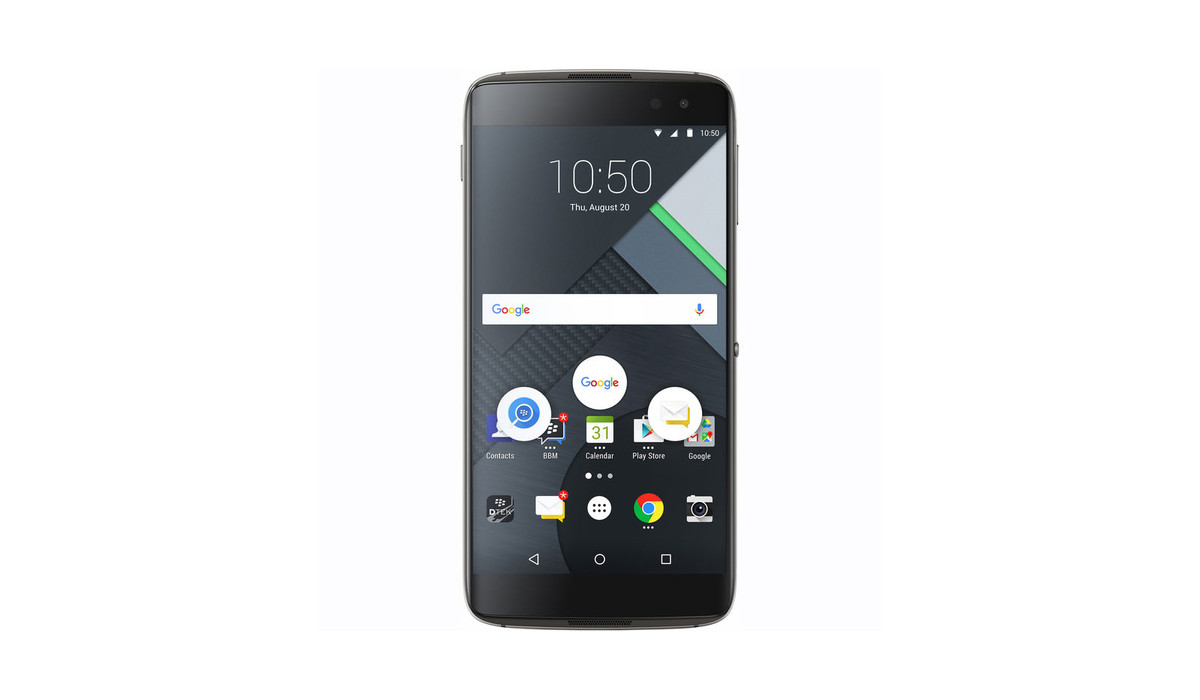 There’s definitely been no lack of BlackBerry DTEK60 leaks over the past few weeks, and this new one is no exception. Over on Staples Canada’s website, the handset has been listed for $699 but is currently out of stock “online.” Here, take a look for yourself. 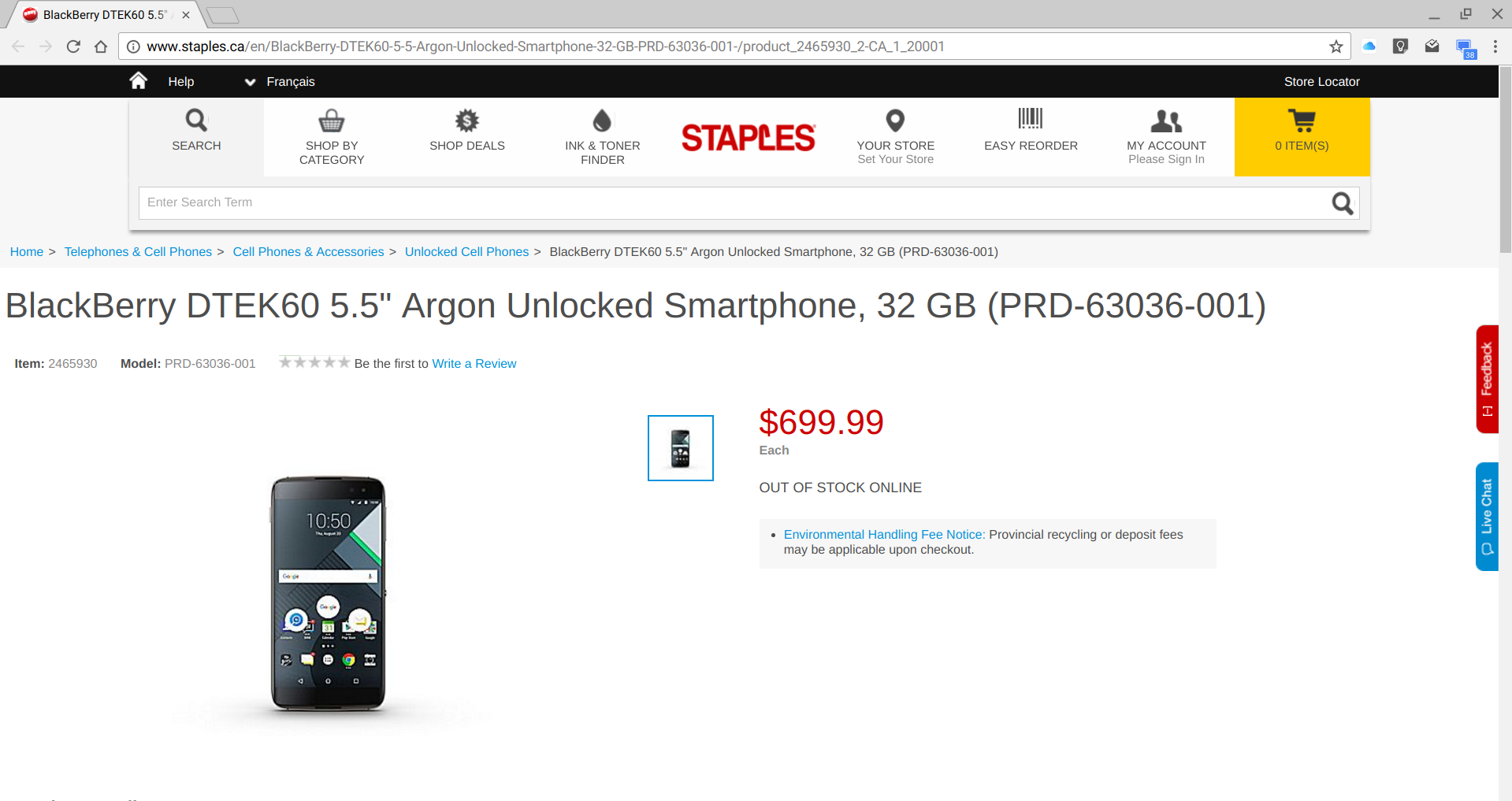 Spec wise, Staples says the DTEK60 features a 5.5-inch screen, a quad-core Snapdragon 820, 4GB of RAM, Bluetooth 4.2, USB-C, NFC, and microSD card support for up to an extra 2TB on top of the on-board 32GB. Obviously, there’s noting here that we weren’t already expecting, so this listing is just another addition to the growing list of DTEK60 sightings around the internet. Sooner or later, BlackBerry’s gonna have to come out and say this phone’s real, so stay tuned.

Check out the BlackBerry DTEK60 for $699 on Staples Canada