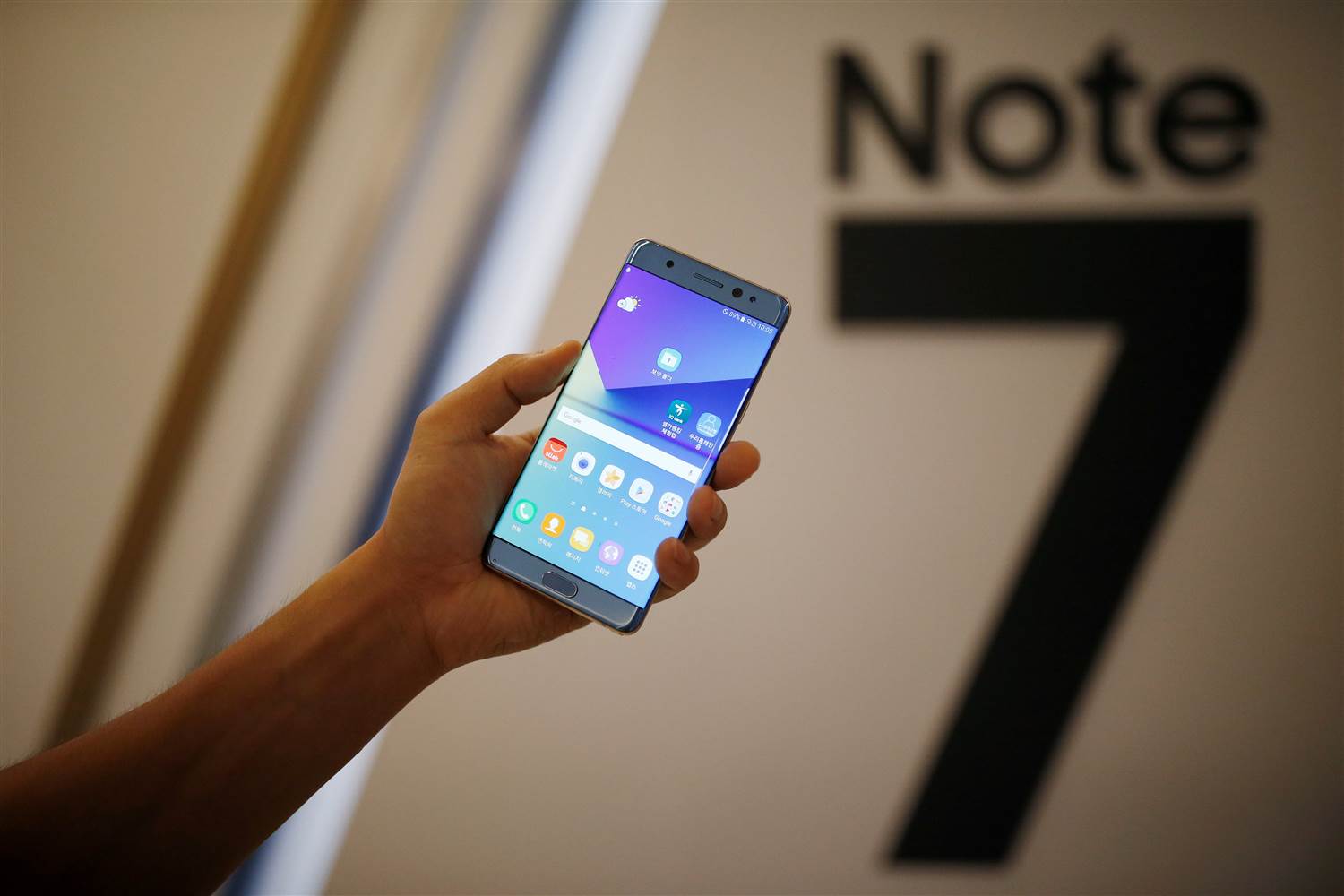 As if the situation for Samsung couldn’t get any worse, an AT&T spokesperson has confirmed to The Verge that the carrier has halted all Galaxy Note 7 sales for the time being. This comes after speculation surfaced that the wireless network may take this action, and now it appears they have.

“Based on recent reports, we’re no longer exchanging new Note 7s at this time, pending further investigation of these reported incidents,” said an AT&T spokesperson in a statement to The Verge. “We still encourage customers with a recalled Note 7 to visit an AT&T location to exchange that device for another Samsung smartphone or other smartphone of their choice.”

In case you missed it, all US carriers who have originally sold the Note 7 will allow you to exchange your Note 7 for any other smartphone they offer, something I strongly advise doing since the replacement Note 7s Samsung’s been shipping are also bursting into flames. Some prime examples of this are the one that happened just last week inside a Southwest airline alongside four more that have emerged via The Verge this weekend.

The second of the five incidents reported came to life last Friday in Minnesota when a 13-year-old girl named Abby Zuis was holding her Note 7. She described a “weird, burning sensation” was begin felt by her hand which ultimately resulted in her dropping the phone after it burst into flames. The phone melted a cover that was secured to the handset. The Verge obtained this statement from Samsung about the incident.

“We want to reassure our customers that we take every report seriously and we are engaged with the Zuis family to ensure we are doing everything we can for them and their daughter,” said a Samsung spokesperson in a statement to The Verge. “Customer safety remains our highest priority as we are investigating the matter.”

The third incident reported occurred this past Tuesday when a man named Michael Klering in Nicholasville, Kentucky woke up at 4:00 in the morning just to see his entire bedroom full of smoke and his Note 7 on fire. After this, he had to go to the hospital for acute bronchitis that was caused by inhaling too much of the smoke.

The crazy part? Apparently, Samsung knew all about this incident and simply decided not to say anything. The worst part? Samsung offered to have the device secured in their possession, but Klering said no. Then after having the burnt handset x-rayed (at a cost, I might add), some representative at Samsung allegedly sent this text message to Klering:

Just now got this. I can try and slow him down if we think it will matter, or we just let him do what he keeps threatening to do and see if he does it

As you can see, Samsung’s not handling this whole “Our phones explode” thing very well. And yes, in case you were wondering, there’s more to talk about…

The fourth case of a “safe” Galaxy Note 7 exploding comes to us from Virginia when just this morning at 5:45, Shawn Minter reported his phone just bursting into flames while sitting still on his night stand. He says that the handset wasn’t even charging. It simply just caught on fire.

“My Galaxy Note 7 replacement phone just burst into flames while on the night stand,” Minter said in an email to The Verge. “It filled my bedroom with a smoke.”

After visiting his local Sprint store where he got the Note 7 from, a representative there offered him another replacement Note 7. This he intelligently declined and instead got a Galaxy S7. 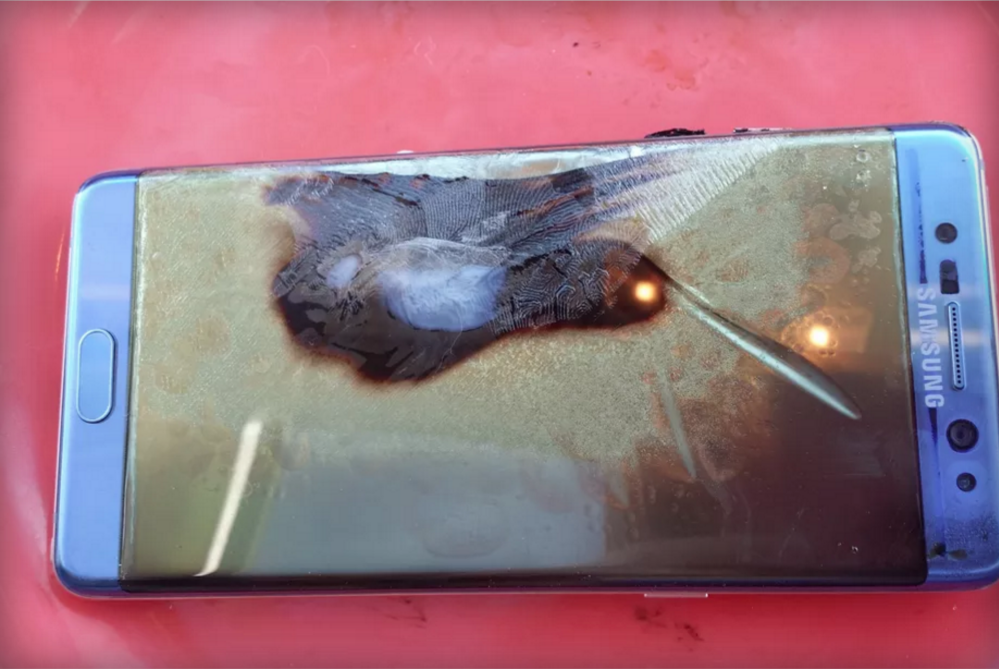 Finally, the fifth case of a “repaired” Note 7 we’ve heard about here in the US exploding is one that just happened today as well. Apparently, a man named Daniel Franks in Houston, Texas was sitting down for lunch with his wife and daughter when his phone just blew up in flames while sitting on the table. Likely resulting from this report, Samsung again came out in a statement to The Verge where they had this to say:

“We are working diligently with authorities and third party experts and will share findings when we have completed the investigation,” said a Samsung spokesperson in a statement to The Verge. “Even though there are a limited number of reports, we want to reassure customers that we are taking every report seriously. If we determine a product safety issue exists, Samsung will take immediate steps approved by the CPSC to resolve the situation.”

Luckily, neither he nor his wife or daughter were injured, however Franks did wonder what would’ve happened if the Note 7 was in his pocket or, even worse, in the hands of his daughter as she regularly likes to play Minecraft.

And to touch on Samsung’s “statement,” you can clearly tell that the company doesn’t want you to think their phones explode. Instead of warning everyone that this handset is faulty and dangerous and should be powered down and returned immediately, the Korean tech giant is just letting everyone know that they’re looking into the matter and that if they do find there’s something wrong with their latest smartphone, they’ll look into a recall.

Obviously, there’s likely more incidents of the Note 7 bursting into flames we don’t know about, so Samsung should really take action on this rather waiting to see if the problem becomes, let’s say, fatal. And in case I wasn’t very clear, I think it’s a great idea for AT&T to halt sales of the smartphone since it’s such an intelligent decision. In fact, I probably wouldn’t call it intelligent. I’d rather call it obvious.